1
Alpha and Omega 2 (part 1)
posted by boltrocks2233
PROLOGUE
Jasper Park, Canada, Fall. The young alphas where getting ready to go to alpha school. Justin was practicing hunting with a rabbit. He was crouched behind a palumpong getting ready to pounce, when the rabbit saw him!, and quickly dashed away down the long mountainside. As Justin was chasing after him, Alex and Cameal where getting ready to logboard down the same hill. "Are you sure this is safe, Alex?" Cameal asked. "No, but dont worry, I was trained sa pamamagitan ng the best!" Alex replied in a confident voice. "Well go on 3." Alex said. "Okay just afew madami questions-" Alex interupted her. "3!" They both darted down the slope. Justin was still after the rabbit, it slid under a log but Justin did several flips to get over it. Alex and Cameal were bumping into this and ramming into that, Cameal was screaming for her life but Alex was having a blast! "I cant take it anymore!" Cameal shouted then jumped off the log. Alex didnt mind, she was having the time of her life how could it get any better? Justin was hot on the rabbit's tail, they where both moving through the brush so fast he barley noticed the rabbit swerve out into the open, he also barley noticed the gray lobo logbording twards him. Then...BAM, he was hit, he was now on the log with the other lobo still raging down the hill, the log hit a rock and was now spinning, it was a magical moment, the two mga lobo facing each other both for a moment never wanted it to end. As quick as the moment started it ended, Alex yelled: "Look out!" Justin turned to see they where approaching an upwards slope. The susunod thing they knew they where in the air now of the log. When they hit ground the both started laughing. "Alex!" Kate yelled. "Tell your friend goodbye, its time for dinner!" "Coming Mom!" Alex started walking away when she turned and looked at Justin. "So I guess i'll see you later then." No you wont," he replied."Im going to alpha school until spring." "Oh well, I'll see you then I guess, and sa pamamagitan ng the way, I'm Alex." "Justin." Alex started running twards Kate, Justin watched her until she was out of sight. "Alex." Justin sinabi to himself. 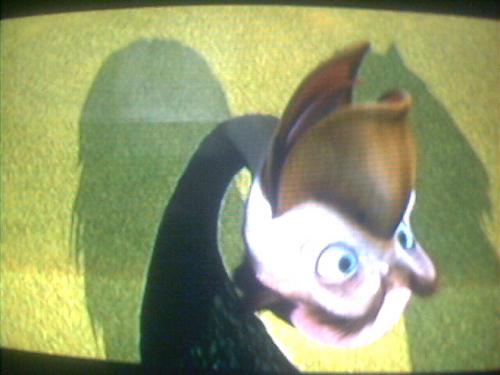 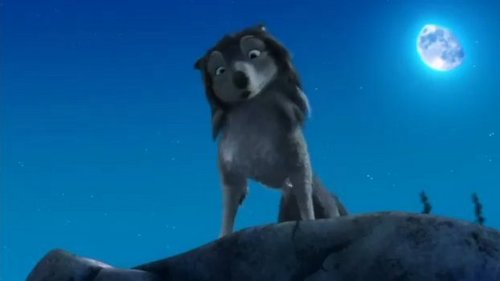 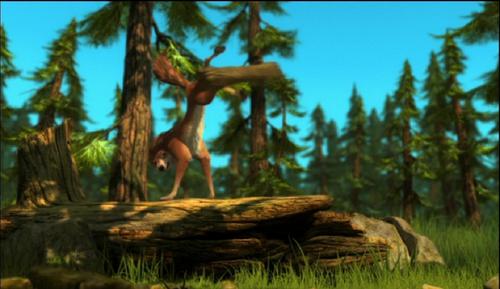 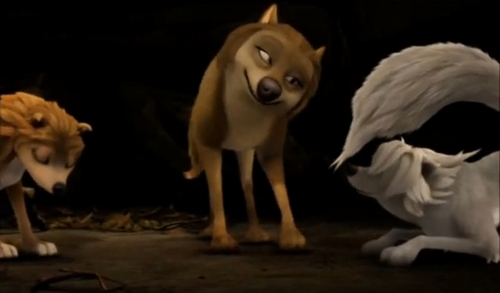 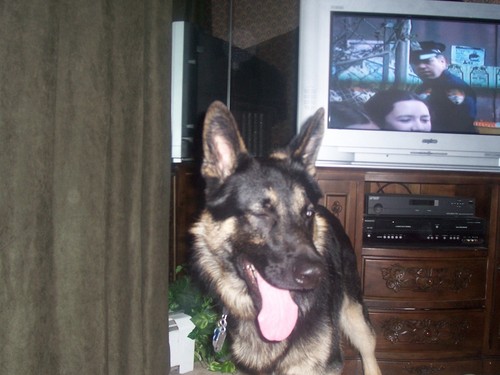 2
my dog
added by IronMaiden343 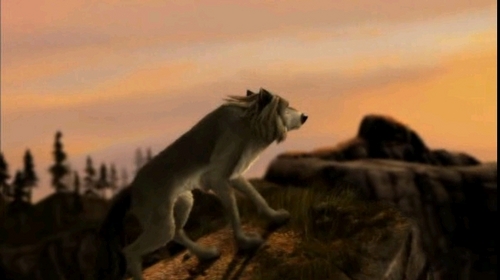 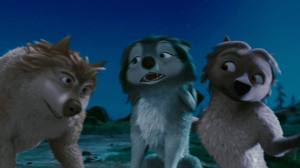 4
Humphrey and his trio
added by UriahA 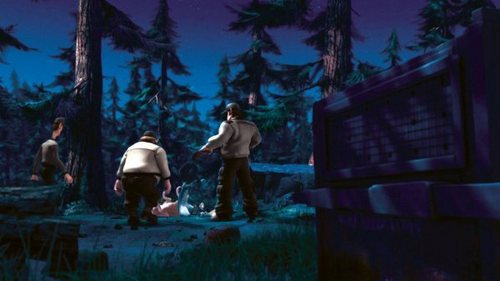 3
A & O madami larawan
added by anubis210
1
lillys crush chapter 3
posted by frankrivera
its been 3 mounths sence kate died and it was lillys birthday she was turning ( i dont know and i dont care. ) she was depreesd the whole araw so lillys perents decided to give her a gift it was a bracelet kate had got her when they where kids lilly remembered it like it was yesterday . Lilly hated the fact that her mom and dad kept bringing the whole got ran over stuff . Lillys perants was fighting the other araw about kate . Why are doing this to me !!!! What have i ever done to you!! Wenston sinabi . Its the fact that you tell your kid your own fucking kid about kate every araw eve sinabi . Please...
continue reading...
1
Me and Lilly's haunted house Night chapter 2.
posted by ben14delas
Sup guys thanks for the friendly comments on the first chapter Tikanni will appear in this chapter. *It's morning in Jasper* Lilly: Come on Alex wake up I want to go home. Me:*still sleeping * Lilly:I didn't want to do this but it will be funny. *Lilly pours extremely cold water on me getting me soaked and wet* Me:HO MY GOD COLD. Lilly:*laughs her head off* Me:Not funny what was that for? Lilly:For not waking up when I sinabi to get up can we go home? Me:*shakes water off my fur*Awww can't we explore a little? Lilly:fine I'll explore upstairs you explore down here in the that room. Me:OK. *finds...
continue reading...
Alpha and Omega 2 Part 3
posted by TimberHumphrey
The susunod day, Winston comes running to the den, urgently.

Winston: Kate?
Kate: Hi, dad. Good morning.
Winston: Where's Humphrey?
Kate: He's back there.
Winston: Humphrey!
Humphrey: Winston! Sorry about that. I didn't here you coming
(Winston just sighs)
Kate: Dad? Is everything alright?
Winston: I didn't think so. Hunter's outta his cage!
Humphrey: WHAT? But i thought he was...
Winston: Not anymore. He killed Hutch.
Kate: Oh my god!
Winston: Yeah, Hutch's dead!
Humphrey: That dirty bastard!
Lilly: (Comes running to them) Is everything okay?
Humphrey: Hunter's outta his cage. He killed Hutch!
Garth: What? That's...
continue reading...
2
metalwolves "tails" of alpha and omega: the wisp: chapter 1: a morning in jasper
posted by metalwolf116
(dont take it down, the slightest of adult references effecting sleep of other wolves)

All was quiet in jasper the exact buwan after the metal festival and the sharp quick ending of humphrey and Kate's segundo honey moon. The sun rose over the valley, like a shield protecting all who dwelled within with its special burning light. Humphrey awoke from his kama seeing kate underneath his body, peacefully breathing, eyes fluttering as she dreamed. A few laughs, giggles and gafauls came out as she lye there unaware of Humphrey's wonderment as to what she was dreaming about.

Feeling great in himself...
continue reading...
2
We're Through (prologue)
posted by HumphryOmega
(this is just the prologue of my story, if I feel people like it, I will continue, if not I will stop so I hope you enjoy sa pamamagitan ng the way this is anthro)

Humphrey is riding in his car after a long araw of work and his cell phone rings and it's lily. "hmmm I wonder what lily wants this late at night...." Humphrey thought. He picks up the phone anyways. " uy lily what's up?" Humphrey said. "Hey Humphrey I was wondering if you've seen Garth anywhere because he hasn't come tahanan yet, he isn't picking his phone up and I'm getting really worried." lily sinabi in a worried tone. "I'll check with kate when...
continue reading...
2
halo john 117s story (A&O style)
posted by 63712
dr. halsey asked me "are you sure you want to do this?" i sinabi "yes" my hand was enormus i would have shook her hand but was afraid of crushing it.she put me under but before she did she pushed the golden brown balahibo out of her eyes. i awoke in a suit of some kind. a loud crash shook dr. halseys lab i looked around and saw a marine she was wounded her white balahibo with blood on her chest. I saw dr. halsey and sinabi "what the hell is happening!" she sinabi "i will tell you later right now we need to get the hell out of here!" we ran for the hangar on the way i passed the armory and took a ma5b assault...
continue reading...
4
ALPHA AND OMEGA: THE PROJECT X PART 3
posted by trueshadowwolf
while crazyryan was trying to get the cable wire and thealphaboyz was trying to get the power generator trueshadowwolf and humphrey and garth were trying to get the flatscreen tv. "ok, ok, ok um lets set it right here." humphrey said. me and garth moved it. "no thats not it." humphrey said. "DUDE MY FREAKEN PAWS ARE STARTING TO HURT MAKE UP YOUR MIND." garth shouted. "damn it not this again!" trueshadowwolf said. "man i bet crazyryan and thealphaboyz job is better then this!" trueshadowwolf sinabi again. "COME ON DUDE HIS COMING!!!" crazyryan and thealphaboyz showed up. "who?" humphrey said....
continue reading...
4
An unexpected Arrvial (Anthro)
posted by VictoriaWolf
It was a calm night at Phil's house my head rested in his lap as we watched the rest of a film we had rented from blockbuster, my stomach wrench and i dashed to the bathroom , i reached the bahroom and i grabbed hold of the sink and then i threw up......
Phil rushed in behind me "are okay ?" Phil's sinabi as he rubbed my back i wiped and washed my mouth , "yeah...i dont how that happend i havent ate anything bad today...." I trailed of "Well aleast its now out instead of in , come on lets get to bed" He hugged me and wnet dwonstairs and switched the tv off as i Sliped my kulay-rosas slik nightgown on...
continue reading...
13
Life with Kate and Katie part 13: Planning a trip to Jasper *WARNING, SEXUAL CONTENT*
posted by katealphawolf
A couple weeks had passed since the fight in the parking lot, and since then I had completed my last final and now all of us had retired to my tahanan in Montana for the long winter break. Now with the stress load lifted from my shoulders, there was a much madami lighthearted feeling going around the house. I was always in a good mood and since I didn't need to be in kama at any particular time, romancing Kate and Katie each night became standard issue. During the days we would lounge around the house watching TV or movies, or just cuddling on the sopa together. Our kids roamed the property and...
continue reading...
2
A tagahanga time adventure: Chapter 3: Don't Blink part 2
posted by Wolfman32
Here it is guys. This is where we'll be facing the greatest enemy of the Doctor. (Other then Daleks.) It might be very long. So don't sue me.

I jumped over a fallen log. I then turned and helped Rose over it. Brandon and John were close behind us with Lilly and Rosie. I then noticed two madami stone statues behind them.

"Wow, there's two more. Wonder who put's them here?" I asked to no one in particular. Brandon and John helped Lilly and Rosie over the log and turned around.

"No idea." Brandon said. He then jumped over the log. John...
continue reading...
insider tanong of the araw
posted by kingdom123
hello this is insider again and we will be sharing the awnswers of our fans in this article!

our first person to awnswer was:

that is so sweet my if my mate garth died i would be devistated to =( now our susunod awnswer!

alphakate21 said: Absoluotly! i dont know what i would do if i Nawawala kate.

i agree kate is a beautiful lobo now our susunod awnswer:

wolfman32: of course i would! i would be crushed if i Nawawala rose! i dont know what i would do without...
continue reading...
2
Metal song dedicated to buddydevos: The guardian
posted by metalwolf116
(this song is dedicated to buddydevos so he has something different to sing to his GF. this song is written sa pamamagitan ng metalwolf and metalwolf only, i want full credit cause it is MY song created on the spot)