Michael and Lara
posted by MJSweetAngel
She was alone it was a dark night, she was Nawawala and she had to keep walking and then suddenly she saw a house in the middle of nowhere “a house? Why, is a house in the middle of nowhere?” she sinabi to herself she looked around and the saw the door and for a while she wondered if she should go in, she didn’t know what else to do, it was cold outside so she went inside the house and looked around its an old house its looks like no one has been here for many years “at least its not cold in here” she said, in this old house she found a kama and just went to sleep. The susunod morning she left the house early and continued walking and a car drove sa pamamagitan ng and stopped and asked if she needed a ride and she sinabi “yeah” so she got in the car, in the car they talked, he sinabi “I’m Michael” “and what’s your name?” he asked “Lara” she sinabi “so where do you live Lara?” he asked “nowhere” she sinabi with a sad voice he looked at her and asked “really?” “Yeah” she sinabi with tears in her eyes “would you like to live with me?” he asked she looked at him and asked “really? Can I live with you?” “Yeah, why not?” he sinabi “yes, thanks you so much” she sinabi very happy and soon she fell asleep and when they came to Michael’s house Michael carried her in and put her down on the kama in the guest room. The susunod morning breakfast was already on the table, she sat down and ate breakfast, when she had finished eating, she stood up and then Michael came and sinabi “good morning, did you sleep well?” “Good morning, yeah I did!” Lara said

As the time passed they got closer…but Michael had a crush on her ever since she saw her sleep in the car, and Lara was starting to have a crush on him. Now they live in Neverland.

And one araw they had bit too much fun and ended in Michael’s room kissing. When Lara woke up susunod morning “whoa that happened fast, we just did IT last night” she sinabi to herself and looked at Michael who still was sleeping
tahlia777, MrsJackson96 and 2 others like this
MJpixy Wow,it's gonna end quick,but I still love it very much!
MJpixy Btw,good job,you have talent!
MJSweetAngel you really think i have talent??? :D
3
Tribute to Michael Jackson: "Someone In The Dark" lyrics
posted by mjkingofpop1 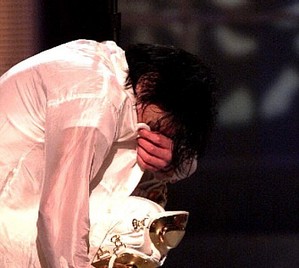 Me: Don't cry!! It's making me cry when I see you cry! X'(
All alone wishing on stars
Waiting for you to find me
One sweet night I knew I would see
A stranger who'd be my friend

When someone in the dark reaches out to you
And touches off a spark that comes shining through
It tells you never be afraid
Then somewhere in your puso you can feel the glow
A light to keep you warm when the night winds blow
Like it was written in the stars I knew
My friend, my someone in the dark was you

When someone in the dark reaches out to you
And touches off a spark...
continue reading...
4
"One madami Chance" (Part 1)
posted by vkg123
(This takes place in the Bad era...)

One stormy night, Essie Jackson, one of the most famous entertainer of all time, was rehearsing for her upcoming tour in London. It was 1:45 a.m. when they were finished rehearsing and she was very exhausted. Essie called for her limo and slept on the way to her hotel. When she arrived, she immediately went to kama not minding her clothes. The susunod morning, she felt her whole body ache. She felt that she needed a bath so she painfully went out of kama and went to the shower. After her bath, she felt refreshed and better than ever. Then she got dressed and went...
continue reading...
10
Michael and Teddy the madala :) ( sa pamamagitan ng bodyguard)
posted by kimijonas
One afternoon I had to take Michael for a doctor's appointment in Santa Monica, CA. As the afternoon turned into the evening the doctor decided that Michael should spend the night in his office so that the nurse could monitor Michael all night. Around 7:00 at night Michael told me to go back to hotel in case his children needed anything.

Around 11:00 that night I got a call from Michael saying he was really bored and he asked me to bring him some magazines. Michael loved magazines and he loved to read and look at the pictures. His paborito was Robb ulat with all the high end toys. I woke...
continue reading...
1
Ne-Yo magpabago Michael Jackson "The Way You Make Me Feel" video in new "One in a Million"
posted by Reis7100 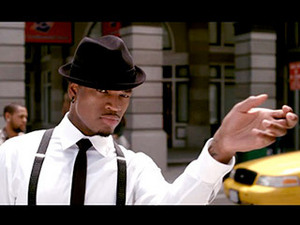 It’s a few beats slower than Micheal Jackson’s “The Way You Make Me Feel,” but Ne-Yo‘s new video for “One in a Million” recalls the gloved one’s 1987 girl-chasing clip. Instead of following a babaing mainit ang ulo through an alley in the middle of the night with a posse of dancing goons, Ne-Yo and a gang of gentlemen prance through city streets clean in shirts, slacks, and wingtips.

Ne-Yo, a self-described M.J. fanatic, does a wonderful job being true to himself without turning this into a corny carbon copy. I can see Jackson’s influence. But there’s no crotch-grabbing plagiarism. The smooth mid-tempo cut is the third single from the singer/songwriter’s forthcoming album, Libra Scale. Check out the video to see if Ne-Yo’s charming ways, wizardry, and smooth steps actually win the girl over after the jump.


See the video here:link
5
Heaven Can Wait - lyrics
posted by Beatit
Chorus
Tell the mga kerubin no, I don't wanna leave my baby alone
I don't want nobody else to hold you
That's a chance I'll take
Baby I'll stay, Heaven can wait
No, if the mga kerubin took me from this earth
I would tell them bring me back to her
It's a chance I'll take, maybe I'll stay
Heaven can wait
You're beautiful

Each moment spent with you is simply wonderful
This pag-ibig I have for you girl it's incredible
And I don't know what I'd do, if I can't be with you
The world could not go on so every night I pray
If the Lord should come for me before I wake
I wouldn't wanna go if I can't see your face, can't...
continue reading... 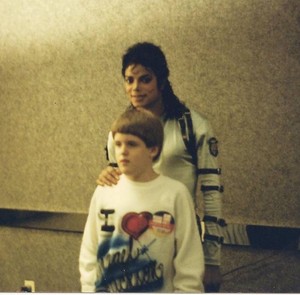 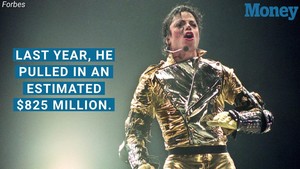 World's Biggest Superstar Of All Time
added by mjlover2927
1
Michael Jackson tagahanga Fiction - Forbidden pag-ibig Part 3 Revamp
posted by mywaymj84
Less than a week has passed since The Mike Douglas ipakita and Michael cannot get holly out of his mind. Her bold yet angelic voice is still ringing in his ears. No matter what he has been doing she somehow manages to pop back into his mind where he tries desperately to shake it off, but to no avail. He was hoping she would stop sa pamamagitan ng for a visit like he suggested, but nothing. Perhaps it was too pasulong of him? Maybe his niceness was misconstrued as creepy to Mrs. Williams. The thought has made him scratch his head multiple times. Luckily he has been working on songs to keep him occupied till the...
continue reading... 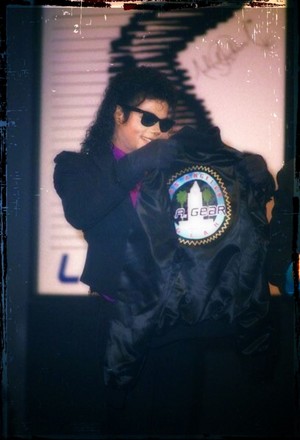 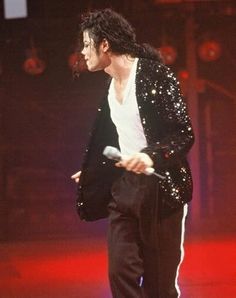 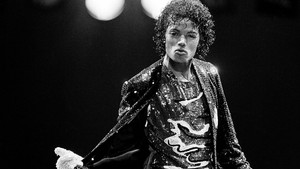 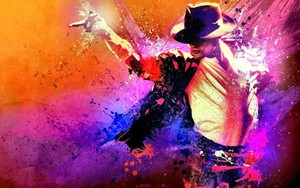 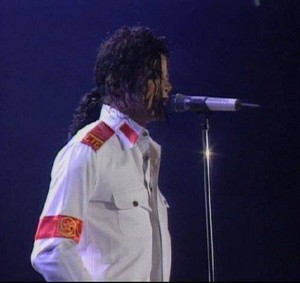 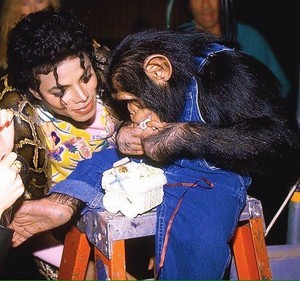 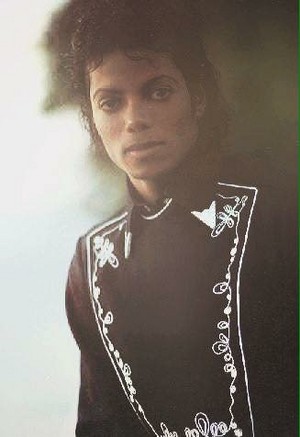 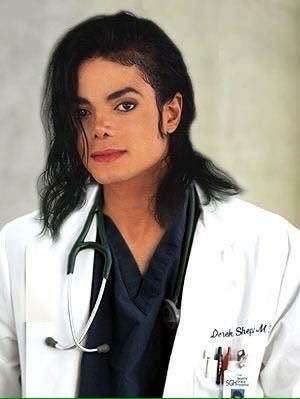 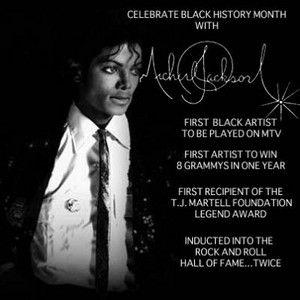 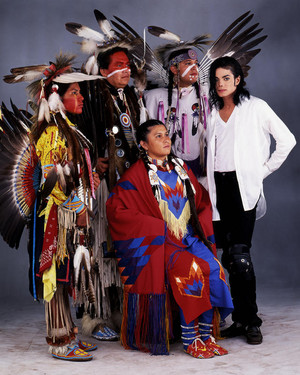 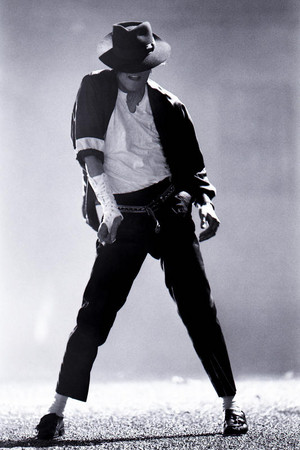