2
One Direction FanFic Part 12 :) @1DWarriors
posted by 1DWarriors
"simon just called" Liam announced as we waited in anticipation to hear what he had to say, he leaned pasulong and had a very upset look on his face
"What did he say?" Harry asked him. He took my hand and pulled me closer to him
"Well,Im so so sorry guys" Liam said, louis began to sob
"WE ARE THROUGH TO THE SEMI-FINALS!" Liamm shouted
Niall, Harry, Louis and Zayn jumped up with exitment and they all had a huge group hug. The boys all had the happiest looks on their faces! Except for louis, he was crying. Michelle, Amy, Rebecca, Hannah, Amy and Kaitlin all came over to me and we had a giant group hug! "Who are ya? who are ya?" Niall screamed.
It was such good news that i joined Louis in the sad-sack and had a little happy weep myself! Louis came over to me and lifted me up "YAAAAAA!" He rejoiyced before he went over to Amy and kissed her.
"Harry!" I sinabi as he came over to me, he knelt down and i went to get on his shoulders, but niall beat me there, pushing me to the ground
"Hey uy hey, Come on Carlzzz i will give you a lift!" Zayn sinabi as i hopped on his shoulders.
"YAAAAAAAAAAAAA!" I Cryed, this was the best feeling in the world!
Rebecca, Amy and Kaitlin were chatting and hugging, Amy and Louis were cuddling and kissing, Michelle was on Liams shoulders,Hannah was looking on with envy and me and Niall were on Zayn and Harrys shoulders trying to push each other off. Family. Thats what this was like, family. When the celebrations calmed down. Harry pulled me into our tent.
"Harry, this is so amazing!" I sinabi in total dis-belief
"I know baby, and there is nobody else i would rather celebrate with than you" He told me lovingly
"I do pag-ibig you Harry Edward Styles" Feeling the pag-ibig i expressed my pag-ibig to him
"And i pag-ibig you Carly Marie McGuinness" He replyed. he kissed me and I got those fireworks-with-a-mixture-of-butterflies-and-chocolate-on-a-stick feeling....


Michelles P.O.V
He guided me into the car and looked at me.
"Did you mean what you said?" I asked him
"What baby?" He was puzzled
"Do you really pag-ibig me?" I informed him
"Yes, madami than enything in the world, madami than my family, madami than food, madami than Robbie Savage, and thats saying something" He expressed how he felt so smoothly " My biggest wish, is that you feel the same way about me"
I touched his chest "Whats you biggest fear?" I asked
"Knowing that you dont pag-ibig me back" He said, i think i almost died.
"then you have nothing to fear" I breifed him
I looked at him and took a deep breath, thinking of how all this happened, i forgot to breathe and coughed
"baby, you okay!" He sinabi worriedly, patting my back and placng his other hand on my stomach
"My puso just stopped beating Niall,You have that affect of me" I joked
"Yeah, either that or you havnt digested your sausages properly" He advised me
"Oh" I put my hand on my chest "How romantic" I said
"Haha, I can be romantic, you'll see" He winked at me.
I think i just pee'd a little....

Carlys P.O.V
After all the making out and being locked up in tents, everyone was heading back down to the campfire.
"Harry, I dont have my coat, Come back to the car with me" I asked him
"Its all good in the hood baby, Share mine" He took one arm out of his HUGE amerikana and put my arm in the other hole...we started walking down having anice chat on the way wow, we acctually both fitted in it, he had his arm round my waist and i had mine in his pocket
"Come on sexy, you'll miss milan fashion week" He laughed
"Oh yeah yeah, get back to the hairdressers, Wheres your tongs?" I jeered him
"I DONT CURL MY HAIR" He yelled
"Okay okay, at least im not in denial" I said.
"Urghg" He shuddered
"Im just kidding babe" I told him
"No your not" He huffed
"Naww is da wikkle bayybeee in a stroopp?" I said
"Yes, he is" His eyes lit up "You should spank him!"
"Oy oy cheeky! Save that for later!" He kissed my head and we joined the group
"So guys....DARES?" Niall said
"Yes!" Everybody sinabi in unison
"Woah hold up!" Harry sinabi "We gotta get the party started!" He ran up to the car and spent around 10 minutos ruffling in the boot
"I'll go and help him" Rebecca sinabi as she jumped up to help my little damsel in distress.
"Yaaaaa!" I heard Harry scream as he ran down with a huge black bag, Rebecca had one too
"And the party Dont start til i walk in...." Harry sang as he dumped the bag beside the campfire. there was boxes and boxes of booze
"Yes! Harry knows how to party gooood!" Zayn exclaimed Rebecca set her bag down and went back to sitting beside Kaitlin.We all took something to drink. Amy and Zayn were all snuggled up in a blanket, as were Amy and Louis, Liam and Hannah, Niall and michelle ( who were whispering in each others ears) and of course, Me and Harry who had his Extra-Large amerikana on the floor and were now cuddled up in a Bob The Builder blanket.
"I dare Harry, to strip naked and go into the freezing sea" Liam said
"Okay" Harry sinabi he started to strip under the blanket and im not gonna lie , i had a sneaky peek,he was now naked and he ran down to the sea, the air was cold and the sand was damp.
"AHGHGHGHGHGHGHGH ITS FREEZING!!!" He squealed like a girl and ran out. he sat beside me and i wrapped him up in the blanket again and handed him his clothes and WKD. "Thats my boy !" I said
Niall and Michelle stood up with the blanket still wrapped around them and started to dander down the beach.
Harry lobo whistled but neither of then flinched.
we carried on with our dares
"I dare Zayn, To eat sand"....................

Michelles P.O.V
"Lets go for a walk" Niall whispered in my ear, we were hidden from the rest of the group under the blanket
"Okay" I sinabi softly into his ear
We stood up and he took my hand. We began to walk down when i heard, who i think was Harry, lobo whistle.Niall hugged me and kissed my dark purple hair.
"Where are we going babe?" I asked him
"Oh, just a little place i Dont know" He replied
We continued to walk and talk down the beach.
"Right about here" He sinabi as he lay the blanket down on the moist sand. He lay down and patted the puwang beside him
i lay down susunod to him and he hugged me tightly
"hey, Look at that clump of stars!" He sinabi "Its in the shape of a shamrock!" I looked up to see and funny enough it did look like a shamrock!
"Yeah, look at that one! It looks like a carrot!" I told him
We lay there on the blanket pointing out shapes that the stars made.
"Look, that ones a heart" he said, he looked at me and kissed me once. softly on the lips and then kissed me again, passionately.........................

Carly's P.O.V
I was getting really tired. It had been around 2 hours from Niall and Michelle had left, but we could see them lying on a blanket far down the beach. Louis was in the middle of telling a story.
"...And then he walked out of the room and the pie went all over him!" Everybody laughed at Louis' awful story, especially Amy! I took another drink and opened it with my teeth
Harry watched me do it with his mouth open
"What?" I said
"How amazing are you!?" He said
"Oh, madami amazing than you will ever know" I sinabi as i looked at my phone... I had 3 messages, one from Mum, One from Amys mum and another from Ju ( the bands mate)
Mums: Harry called me earlier! Why didnt u tell me bout him lol wht a lvly boy! Hve fun 2nite, b ligtas xxx
Ugh, she was saying lol
Amys mum: Can you tell amy 2 phone me ASAP!
that was almost 5 hours ago!
"Amy, you mums just sinabi to call her!" i said,
amy got her phone out and walked down towards the sea, louis following her
"Wonder what thats about" Harry asked me
"Hmm, dunnno, okay" I sinabi as i got up, " Im going to bed, im so tired" I told him
"Im coming too!" He said
"night everyone" I sinabi
i heard a serioes of goodnights and harry put his arm round my shoulder and brought me up to the tent. We got in, our tent was one of the biggest ones, and cuddled up in layers of blankets.
"ahhh, this is nice!" Harry smiled
"Your so cheeky Harry Styles" I stated
" And you are Beautiful Carly McGuinness! I pag-ibig you so much" He sinabi affecttionatly
"I pag-ibig you too" I said
"i wanna ipakita you how much i pag-ibig you" He said
I got a funny feeling in my stomach. I sat up
"Harry, i dont think im ready for that yet, im only 16, and so are you" I told him firmly
"Babe, thats totally fine, i will not do anything that you are not comfortable with" he pulled me back down and kissed my cheek over and over agin gently, sending me into a deep sleep.......................................................To be continued :) Btw, The girl that is Liams GF, Hannah, I dont think she reads my fanfic so if you are interested please tweet me ;) xoxoxoxoxoxoxox
1DnoFan and haajirah like this
xMrsNiallHoranx brilliant!! luv it!:Dxx
HannahHutton97 I love this! You're amazing at writing :) Also, what's your twitter? I want to follow you :)
1DWarriors @1DWarriors :) i follow back xoxoxxoxo whats yours|?
haajirah brill 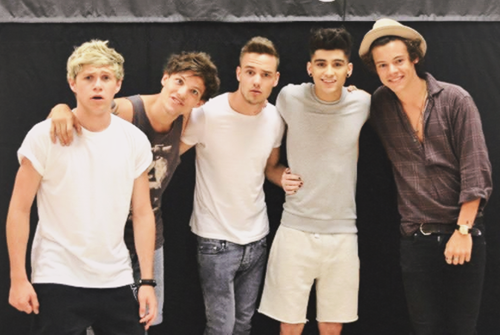 2
One Directi☮n
added by Blacklillium 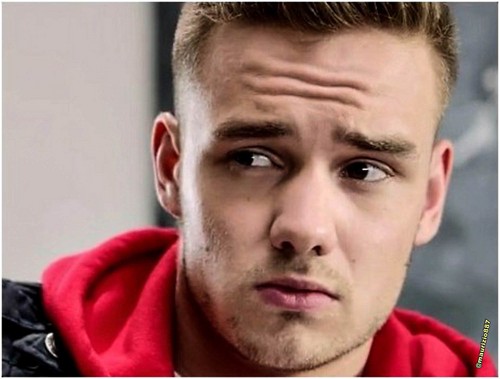 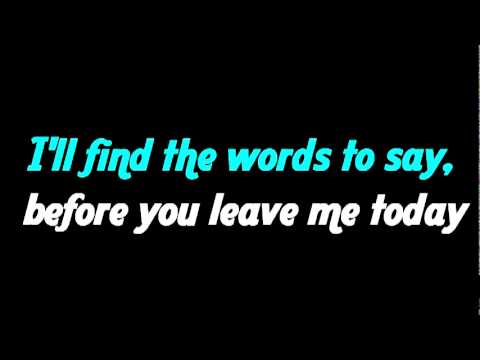 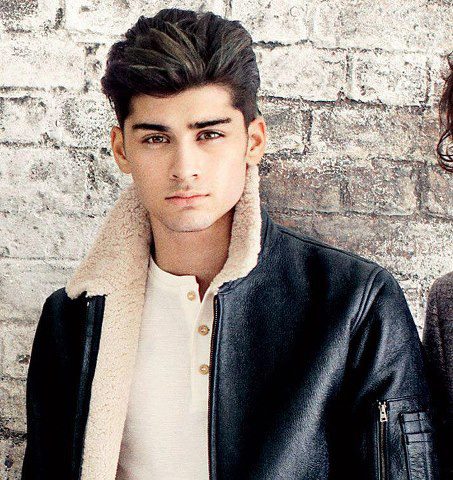 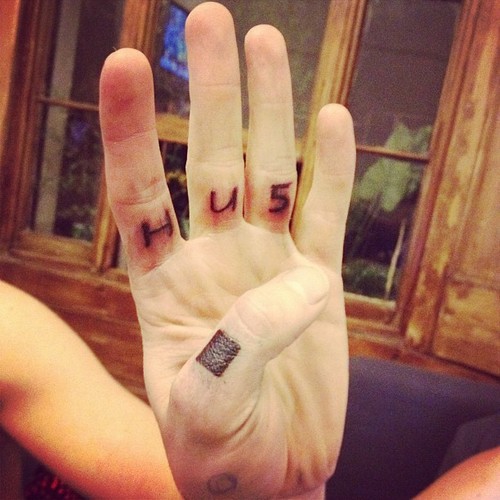 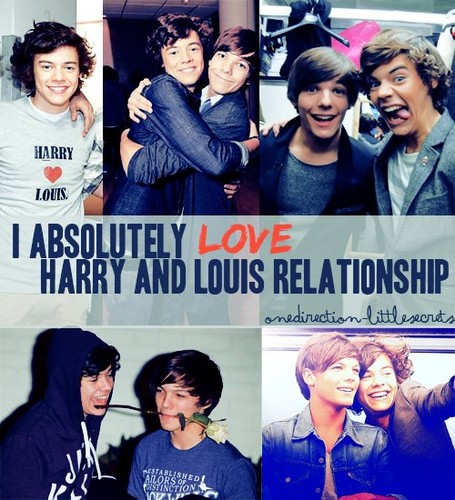 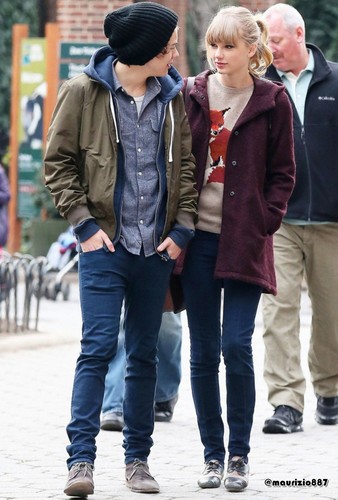 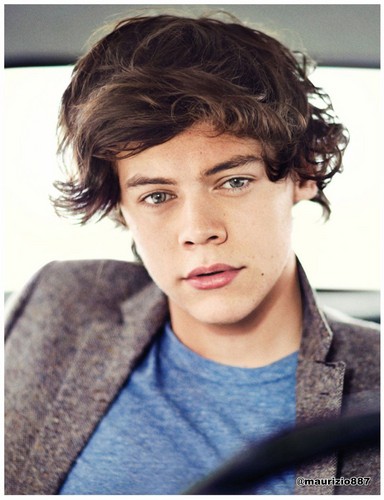 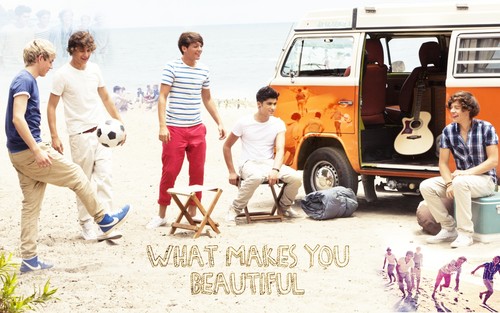 6
One Direction :)
added by JesssxZ 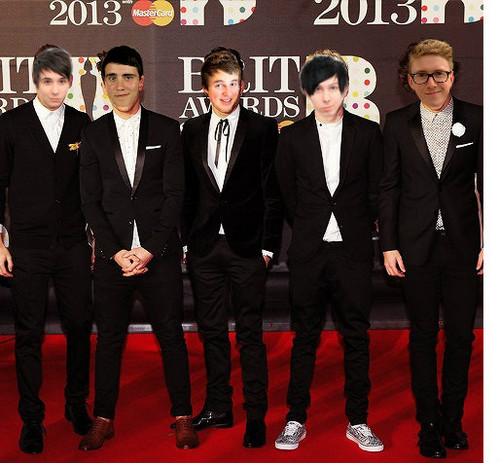 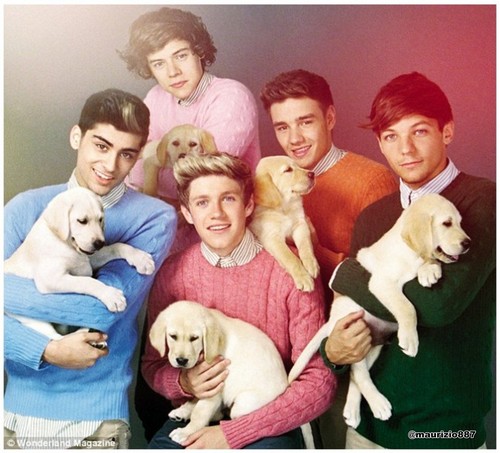 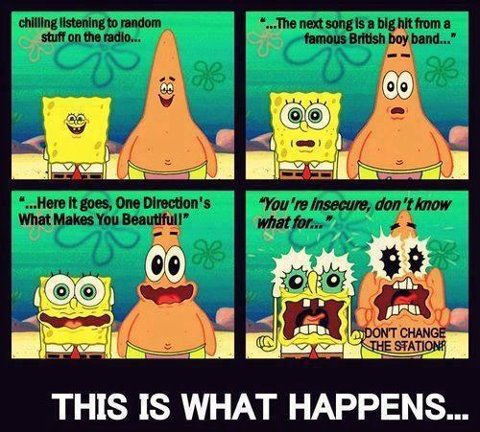 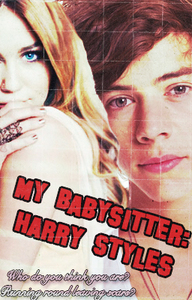 It was now the araw of the boys’ departure, and the excitement around the house was overwhelming. Each of the boys were in their separate rooms, packing their clothes. Carter was helping Liam finish packing and he was currently going over everything she had to do while he was gone.

“Make sure you don’t skip school! I know Harry has a reputation of doing it and I don’t want him to persuade you to do it either!”

“And don’t be having Jake over all of the time. Harry’s still getting over Lucy and I don’t want you being all lovey-dovey with Jake in front of him.” 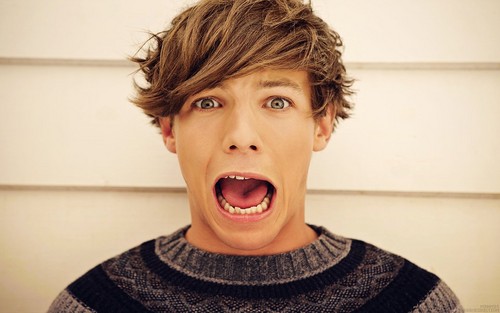 9
One Direction . ♥
added by aNNalovechuck 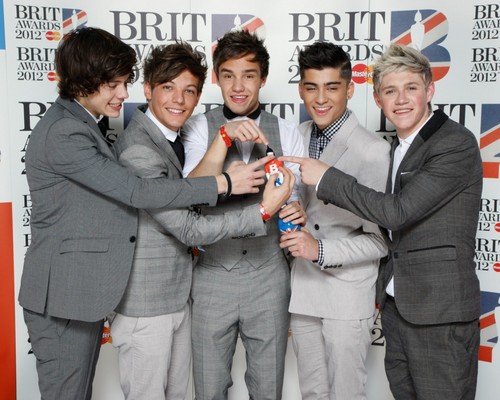 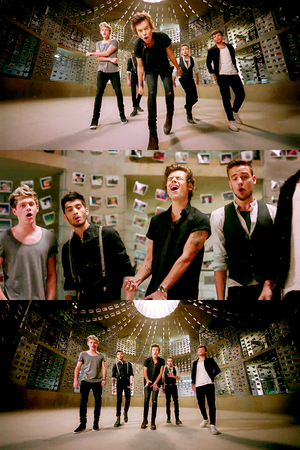 2
Story of My Life
added by Directioner898
Source: me 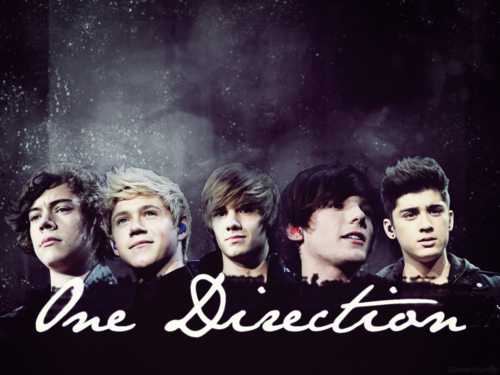 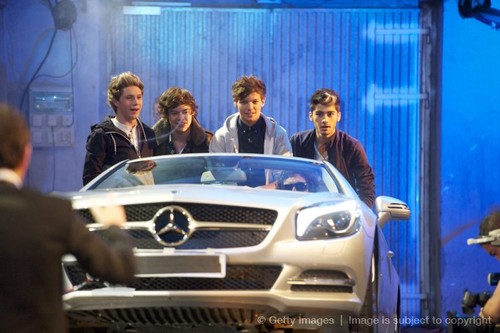 harry and 1d
added by littlemixbrat54 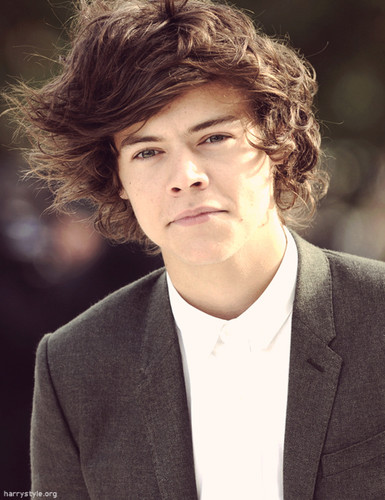