4
Let Me Go [A OTH Fanfic]-Chapter Two:But When You Make It So Obvious
posted by luvrgirl101
Nathan sighed, tossing the ball up in the air, not surprised as it swished through the hoop. His eyes moved over towards Jake and Haley, who were talking softly to each other, and laughing at something the other would say.

He’d always liked Haley. It had started long before he could even remember. Well, actually he could. All through elementary they’d been good friends. It was expected, because they always hung out.

But during eighth grade, she’d completely changed. Not they way she acted, but the way she looked. She had gone from pretty to absolutely beautiful over the summer. Her hair, which had previously been bushy and out of control, was straight and tame. Her face had magically begun to fit perfectly, and her eyes had become a darker shade of brown, with a hint of madami twinkle.

She’d grown madami mature, shaving her legs, and making sure when she left her house, she looked presentable.

It had started as a crush for him, but had turned to much more. His feelings for her had grown, even as Jake’s had too. He’d been walking towards her that day, about to ask her out. And Jake had beat him to it. His anger had been obvious, but he’d hid in his room for days, not even coming out when his mother begged him to.

Snapping himself back into present time, he shot the ball again, watching it sail through the hoop. He clenched his jaw as he heard Jake’s muffled, “I pag-ibig you, Haley.”

He was about to shoot it again. In perfect position, with his arms bent at the exact angle they needed to be, when the ball was stolen from his grip. He looked at the culprit, anger visible in his eyes. His expression softened slightly when he saw his older brother, smirking.

“Looks like someone’s Nawawala his game.” Lucas chuckled, dribbling the ball before tossing it into the basket. The swish sound it made was purely music to his ears.

Nathan grabbed the ball. “Looks like someone else is about to lose his.”

It was purely friendly bickering. Nothing like the fights Tim and Jake sometimes had.

“Hey Luke, last time we went to the doctor, who was the one that was an inch and a half taller?”

Lucas winced at his brother’s words. “Don’t bring that up. Your ego’s too big anyway.”

“Yeah, that would be the older, shorter, less egotistical brother.” Lucas laughed, shaking his head.

“Whatever, man.” Nathan turned as he felt a hand on his shoulder.

Kimberly Jones stood in front of him, a grin on her face. Her silky blonde hair fell to her elbows, and her big blue eyes stared up at him innocently.
“Hey Nathan.” Her voice even reminded him of perfection.

“Well, I was just wondering what you were doing tonight..”

Nathan paused for a second, finding himself looking at Haley, a longing in his eyes. Maybe there was some chance she wanted him. His thoughts were denied, as Haley and Jake shared a kiss. He looked back down at Kimberly. “Whatever you’re doing tonight.”

She giggled, winking. “Well then I guess we’ll be doing each other.”

Nathan’s eyes widened, as he watched her walk away. He wasn’t shocked at the amount of girls that wanted to hook up with him these days. Last week it’s been Claire Saunders, and the week before it’d been Bevin Ferguson. Now it was Kimberly Jones, he could deal with that.

He turned, his eyes landing on his brother. Smirking he said, “Well look which brother’s getting some tonight.”

Lucas shook his head, stealing the ball from his brother again, landing the ball perfectly into the hoop. “Look which one’s getting some from someone he loves.” He patted his brother’s shoulder affectionately before walking away, leaving Nathan standing there, speechless.

“Hey,” He turned towards Coach Whitey Durham’s voice. “During basketbol practice you’re supposed to be playing basketball, so do that!”

“And you with that cockiness..” Whitey grumbled, walking towards another student.

And back to thinking about Haley he went. It was torture for him, watching her halik Jake, or laugh at something he said. Nathan could only watch helplessly as Jake and her involved themselves in each other once again.

He was interrupted sa pamamagitan ng a grunt, and he looked up to find his best friend, Tim Smith, looking at him with an I-know-what-you’re-doing-look.

“What Tim?” Nathan sighed, playing with the ball.

“Hey, that’s no way to greet your best friend.”

“What do you think is wrong?”

When he got a blank look from his friend, he sighed irritably. “Haley.”

Nathan looked up from the ground. “Everyone?”

Tim shrugged his shoulders as well, looking at his brother halik his girlfriend. “I can’t really help you, there.”

Tim began to walk away, but not before leaning close to Nathan. “But try not to make it so obvious you pag-ibig her.” He whispered, before walking away.

Nathan knew Tim was right. He constantly made his feelings for Haley obvious. And if she had any for him, she hid them pretty damn well.

He squinted his eyes, looking at Whitey. “Hey Coach, how come Jake doesn’t get into trouble, when he hasn’t been practicing at all?”

Whitey turned towards the other boy’s direction, sighing as he saw Jake. “Smith! Yeah, you! Let’s practice, shall we?”

“I’m just talking to Haley. You know her, Coach.”

“So? I also know a police officer, you want to talk to him?”

Haley bit her lip, trying not to laugh. Whitey had been completely irrelevant when he spoke, but every time he sinabi something, he managed to make it funny.

“I’ll see you later, Jake.” She told him quietly, grabbing her bag and heading out the door.

Nathan smirked as he heard all this happen.

He took one madami shot, once again landing it perfectly.

But inside, he was slowly dying. He was hoping that Haley would see how Jake didn’t deserve her, and how Nathan could treat her so much better.

But she never would.

She’d never pag-ibig Nathan like he loved her.
clairemig22, Brucas4OTH and 2 others like this
jennifer_02 that was another really good one V can't wait for the next one!!!!
georgiecorr :O I really like it! please more!
luvrgirl101 Thanks Jen!You're so sweet! :) And thanks georgiecorr! 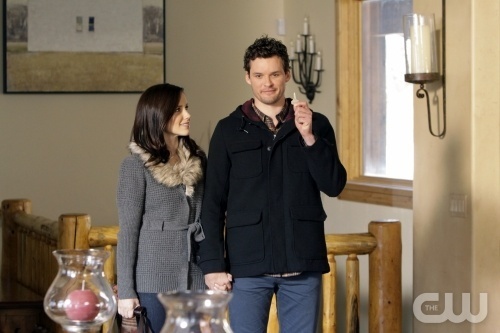 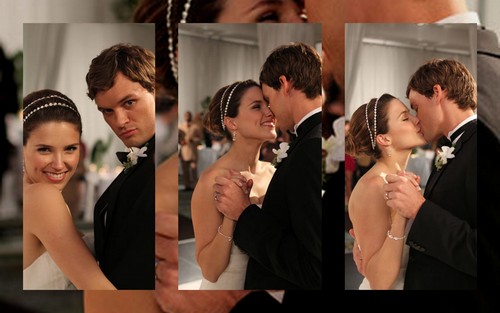 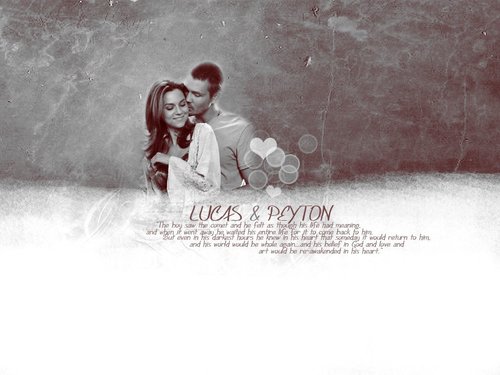 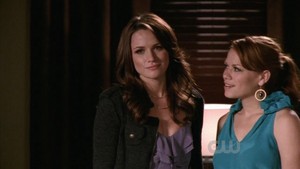 Haley and Quinn
added by bellaedward26 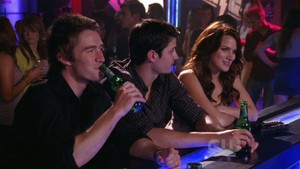 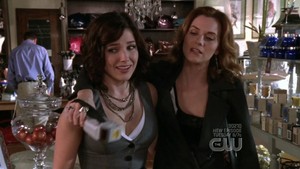 Peyton and Brooke
added by RoseLovesJack 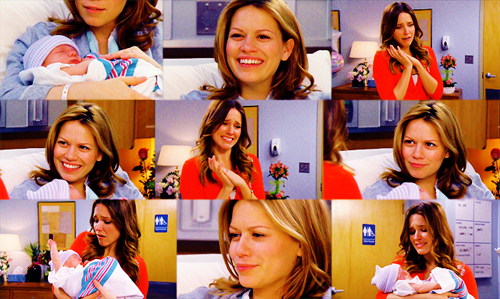 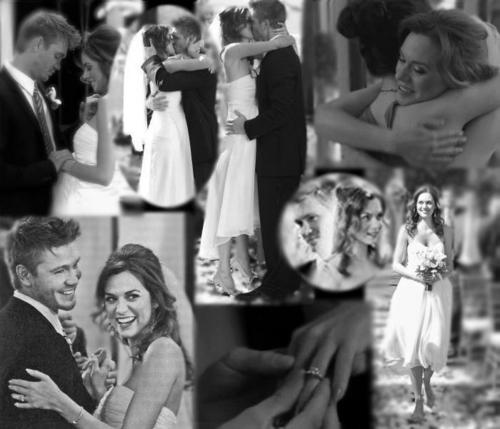 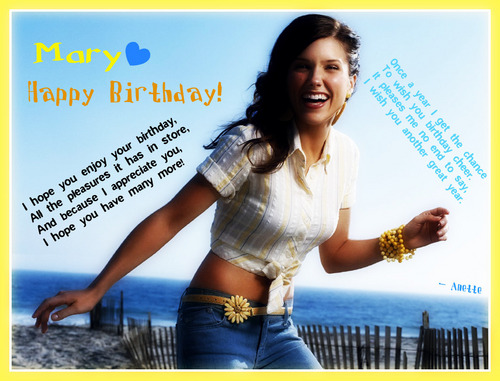 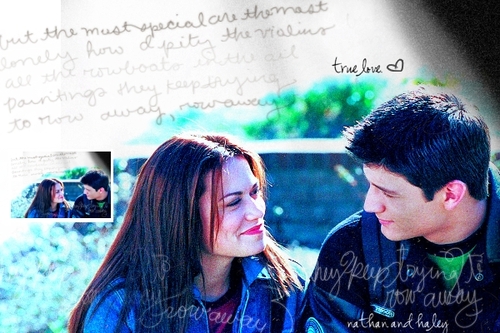 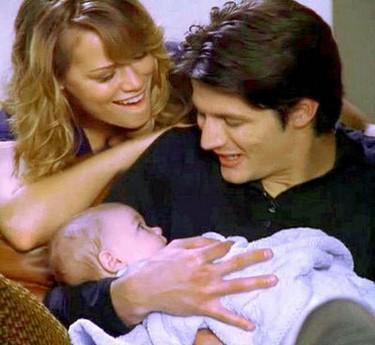 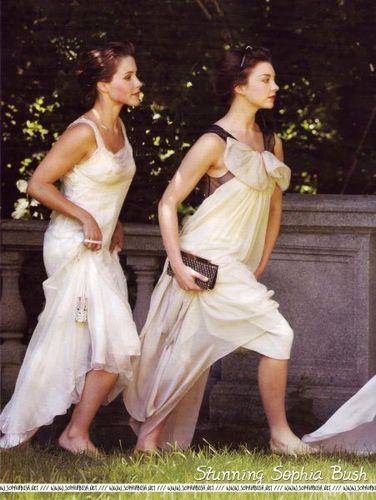 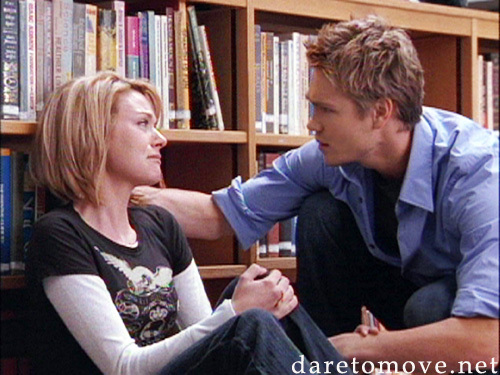 8
lucas and peyton
added by emily_22 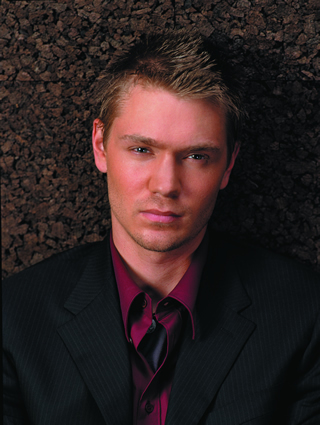