new pokemon movie: Arceus and the jewel of life
posted by lovebaltor
This new pokemon movie is abot the new legendary pokemon, Arceus. It is about when Ash, Dawn and Brock arrive in a little town called Michina. Little did they expect that they would once again run into Dialge, Palkia and Giratina. There is a conflict between them and a girl named Sheena saves them and she can communicate with a pokemon's heart. She tells them that her ancestor Damos and that the betrayed the Legendary pokemon, Arceus sa pamamagitan ng stealing the jewel of life and sending it to a rage and slumber.After a small conflict, Arceus awakens and uses his strongest ilipat judement to distroy Michina. Dialga then teleport them back into the time during Damos' time when he steals the jewel. Arceus finds out that the jewel is fake after they return it. Sheena then prays to Dialga to take them to their present day. He does and they find out that Arceus is defeating the trio. Later ash and his mga kaibigan are all captured sa pamamagitan ng an army after Damos' betrrayl except Sheena. once ash and mga kaibigan see Damos, they act very nagatively to him but he explains what happened. Arceus began to die after inhaling ash and dust after a metoriite impact and losing its 16 plates. When Damos found all 16 plates and heals Arceus, it gives 5 plates and turns them into the jewel of life. Damos intents that he had no intention on stealing the jewel.Brock remebered that Gishin was present when they were suppose tom give them the plate before Dialga sent them back. They have a hypothesis that he might be responsible. Hosting a kainan for Sheena, he gives her an empty staff that he has removed the jewel from and goes to the temple with her. Damos then gives a Pichu that has betrayed Gishin keyes so they can escape.At the temple, Arceus arrives and Sheens tells it that Damos wioll not be present.Gishin starts an attack but ash and his group comes and Sheena comes to peace with her ancestor. Ashe attacks Gishin with his monferno and Grotle but is overpowered sa pamamagitan ng his Heatran. He tries to beat him phisically but fails.Gishin drops the jewel and it is recovered sa pamamagitan ng Ash.Arceus is weakening sa pamamagitan ng Gishin's attack and metal starts getting poured on him.Damos and Sheena are able to communicate with Gishin's pokemon which are being controlled sa pamamagitan ng armor. Pickachu detroys the armor. Arceus begins to die which causes a time peredox and ash's mga kaibigan start dissapering. After pickachu fully vanishes. Ash almost vanishes but returns the jewel to Arceus and peace is restored.Expecting to find peace once again, Arceus defeats the trio and is preparing its final judement. Ash cries out and reminds it that everything in the past has been restored. Arceus stops the attack heala the others and leave to their rightfull dimensions.
pinkolive yeah, i wanna see it. :( do you have a file you can send to me?
shaymin123 i want to see ittttttttttttttttttttt
Nazo400 The movie was interesting... (It's on YouTube now, ONLY in ENGLISH)
shaymin123 omg its on YouTube?!?!?!?!?! Can i have a link?
Lv100LUGIAOwner When will it be on DVD?
trey_parnaby i think it is on dvd now
trey_parnaby hang on it is on dvd now awsome i can't wait to go and buy it at the shops or ebay :D:D:D 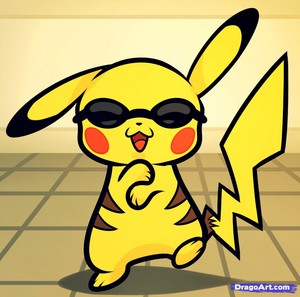 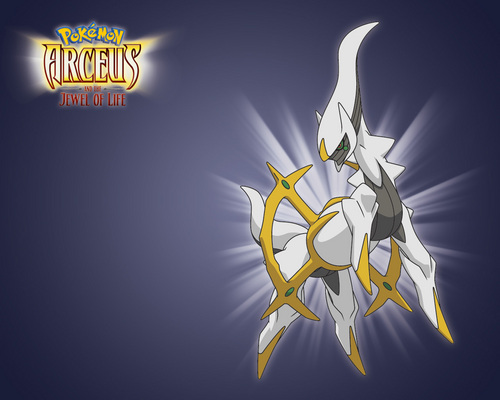 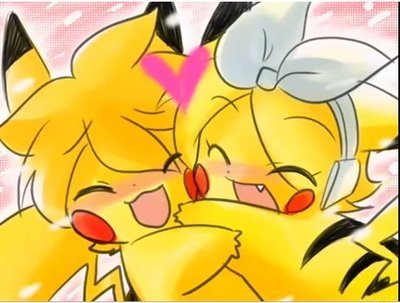 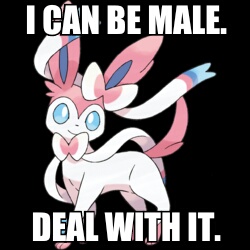 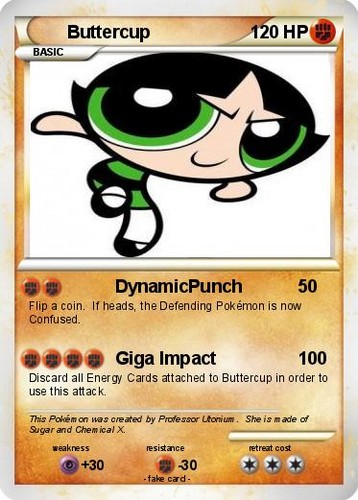 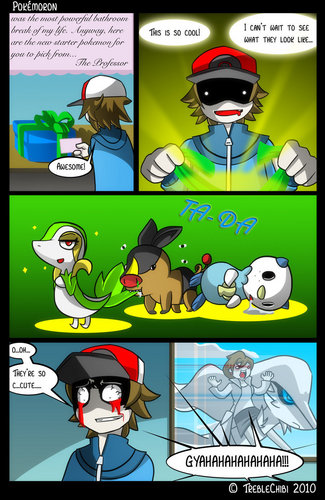 Jessie and James
added by pumpkinqueen 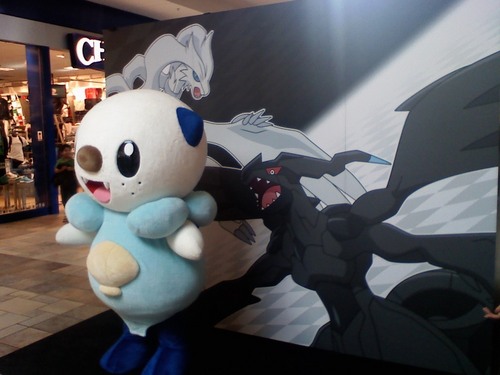 Pokemon black and white material
added by MisterH
1
Pokemon Did You Know...
posted by big-fat-meanie
... That the only Type not to have a Legendary Pokémon is Poison?

... That there are seven Eeveelutions, and that each of them only has one Type?

... That Flash is the first HM to become a TM up to Generation IV?

... That Misty's Togepi was actually supposed to be Ash's?

... That Charizard is not a Dragon-Type? It is Fire/Flying?

... That Klinklang's Japanese name, Gigigear, is the segundo Pokémon to have gigig in it's name, the first being Regigigas? 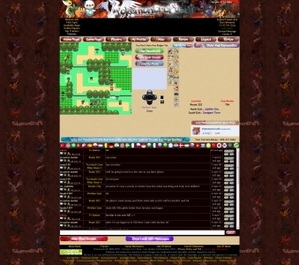 This review is about PokemonCraft which is the best of online link with about 200.000 registered players around the world

So this is the review you are looking for

This Pokemon Online game is the most respectfull one for the Pokemon trademark owners which are Nintendo, Game Freak and Creatures Inc.

Also this one is the hardest and most advanced link game

* It is being developed sa pamamagitan ng a computer engineer

* It is based on real Nintendo...
continue reading... 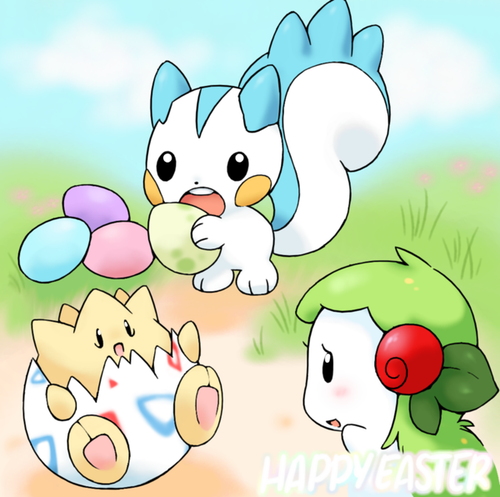 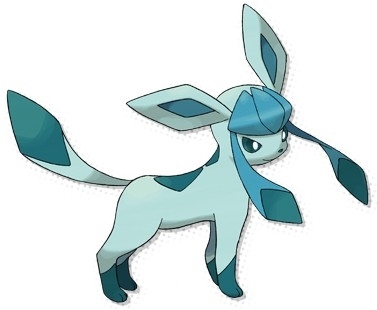 1
Eevee's 7 Evolutions
added by Monika18
4
SCARY: Pokemon Mt.Silver theory
posted by dbzdude1000
Mt.Silver:you know it,u hate it. Wel its based off of Mt.Fuji. not creepy right? Wrong. In pokemon SS/HG there is a forest at the base of the mountain...but on Mt.Fuji,however,the REAL forest is a forest famous for suicides. K,this is in POKEMON. And then,u fight Red on the mountain. Before fighting him,he says nothing. After beating him,he disappears...so...what happened to Red? Did he "use" the forest and was a ghost?
U
Explanation: 1:he couldve flew away after a misserable defeat. WRONG. It would take a while to fly away completely.
2:he couldve Teleported. WRONG. He has no pokemon that...
continue reading... 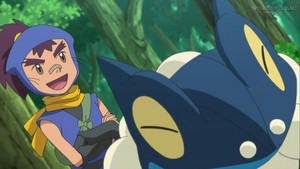 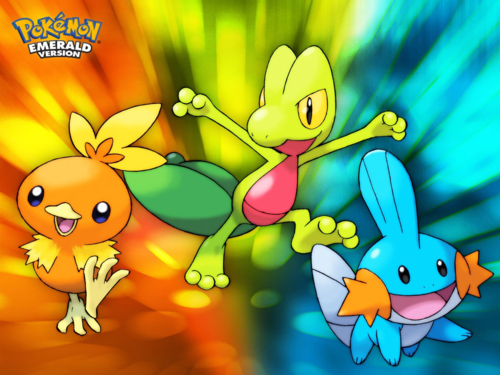 My Pokemon WPs =)
added by Donata 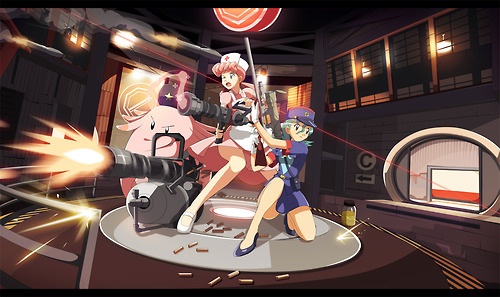 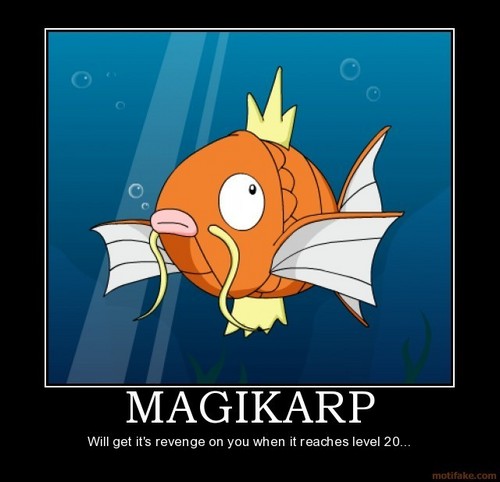