2
Tips on making mga kaibigan with your crush
posted by xWiildfiire
So, these past couple months, I've picked up a few things. My story in a nutshell: I sat behind my crush in class, didn't start liking him until the last buwan or so of school, didn't get too many chances to talk to him due to the teacher's way of running the class, and I spent those last few weeks desperately trying to befriend him.

Anyways, here are some things I've learned from the whole experience.

1. Don't EVER pass up an opportunity to talk to ANYONE you're sitting near in class (doesn't matter if it's high school, college, work, whatever), and don't EVER take a conversation for granted. You never know how desperate you might be later on to be mga kaibigan with them. This was probably my biggest mistake; the first time my guy and I talked, I played along, no real issues, but I didn't think much of it. He just seemed like another guy, and I always waited for him to talk to me, and rarely took initiative to start a conversation myself or to carry it on. Just thinking of what could've been, that sense of regret of not taking madami chances from the start really stings.

2. Don't be afraid! I know that saying may be overrated, but it's true. I used to be so intimidated sa pamamagitan ng the thought of trying to talk to him, just as most girls are with their mega crushes, but seriously, you've gotta take the chance, trust me. If you get shot down, well, you haven't really Nawawala anything, right? Better to regret things you did than regret things you didn't do.

3. Make eye contact. I know, scary, right? I used to always be super intimidated sa pamamagitan ng it, but trust me, you'll look WAY madami awkward if you're NOT making eye contact than if you are. This doesn't just apply to conversation; even walking sa pamamagitan ng them in the hall or if you see them somewhere outside of class. I used to not make eye contact with my crush when I walked right sa pamamagitan ng him to my upuan every day. I feel like if I had done that from that start, that very simple gesture of looking at him and smiling, things would've been different. I would've ibingiay off a much madami friendly vibe.

4. Stay focused talking about THEM, NOT about yourself. We all, as humans, have a tendency to talk about ourselves a lot; it's our paborito topic. However, it can bore people easily. Instead, try to keep asking tanong about them and bouncing off that. But be careful not to make it an interrogation. :P

5. If the person if mga kaibigan with any of your friends, TALK TO YOUR mga kaibigan ABOUT IT. Once I revealed to our mutual mga kaibigan that I liked this guy, they helped me out so much to hang out with him and get to know him better. I wouldn't have even got half as far as I did if it weren't for them. If you find out where he works, grab a friend and casually go visit.

6. I thought this sounded pathetic at first, but it really helps: try thinking of a few topics to bring up beforehand, even if you have to write them down and review them a few times, just give it a shot. No one needs to know.

7. Now for you high schoolers, if you're planning on going to prom, or homecoming, etc. and desperately want to go with your crush like I did, please, take my advice: DO IT. As long as they're single, just go up and ask them. This is one of my biggest regrets. My guy was single for a while, until he decided t go with one of his friends, and I had the chance to ask him, but my fear of rejection and my fear of losing hope to befriend him stopped me from taking the chance. Prom was still fun and all, but I had to keep looking back at him with his petsa all night and it was a real downer. You never know what might happen, so just do it, unless you are absolutely 100% positive that they'll say no. And hey, if they do turn you down, just smile and take it with dignity, so you still have a chance to at least be friends. If you're not sure if you want to go with them or not, hey, I wasn't sure either, until I got there and saw him with his date, and my mga kaibigan with their dates. So just go for it.

8. Now, this is also very important. Even though it's crucial to take risks and try your best to talk to the person and all, it's also crucial to GIVE THEM THEIR SPACE. If they seem uninterested in the conversation you're trying to have, or if they don't really try to carry it on, or if you can just see it in their face, just stop right there and give them a break. It doesn't necessarily mean they don't like you or anything, but everyone needs space. If they're giving you a signal, you need to respect that. I had to deal with this, and it's not fun, but it DOESN'T mean you should give up altogether. Just give them a araw or two, and try again. I followed this motto: be friendly, not desperate.

9. If it's a situation like mine, where in class, or even outside of class for that matter, they're always around their friends, and seem much madami interested in talking to them than with you, just accept it and respect it. Doesn't mean they're neglecting you, but guys especially, with their bro friends... it can be kinda difficult to talk to your guy crush in that situation. Just try to interact with all of them, but don't try too hard. And on your part, always always ALWAYS be sure that you DON'T neglect your own mga kaibigan for your crush. I know that;s sinabi a lot, but some things are much easier sinabi than done. I used to kinda ditch my mga kaibigan a little sa pamamagitan ng taking off from that class to the class I had with him, just for a tiny bit madami time to possibly talk to him. Don't do it; doing things like that just isn't cool.

10. Lastly, have confidence and determination! It really shows if you have it or lack it. Have a positive mindset; don't ever get your hopes up too high, otherwise you'll be that much madami crushed if things don't go well. Instead, plan ahead for success OR failure, and be ready to accept either one. If it doesn't work out, it's okay. Just take chances, not too many, and try to have fun with it. You never know what awesome result could come out of one simple comment or action.


Please note that I'm definitely no expert, not even close :P. But I have learned these things all from personal experience, some things came the easy way, some things the hard way. I'm still trying to apply these things into my own life. I'm not trying to preach or lecture, but this is my payo that I have to offer. I hate how I didn't take certain chances while I still could, and I hate the thought of other people doing the same thing and feeling the regret that I feel. So, I guess that concludes my little ramble :P.

And thank you to those of you who gave me payo on my crush a little while back; you know who you are. :)
mermaidgirlH2OJ and 1dfever like this
mermaidgirlH2OJ I'll try it when school starts back
xWiildfiire Good luck :)
sexy_marshmallo I'll try 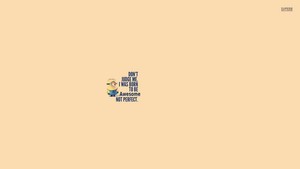 Born to be Awesome
added by glelsey
Source: Superb mga wolpeyper
11
Untitled Poem
posted by Cinders
I wrote this a while ago, and since it seems to be nothing but a series of advice, I figured... what the hell? I think I was listening to LeAnne Womack's "I Hope You Dance" at the time because that's what it sounds like.

When you look up at the sky, don't do it just to see if it's raining
When you find it is raining, don't run indoors and hide
When you get your hopes too high, don't say you're overrated
When you walk down sa pamamagitan ng a river, don't be afraid to get your feet wet
When your apoy goes out, don't blame it on the wind
When you watch the sunset, don't think the araw is over
When you reach out to...
continue reading... 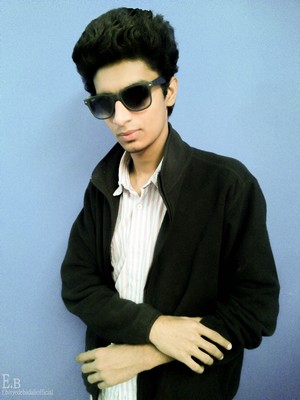 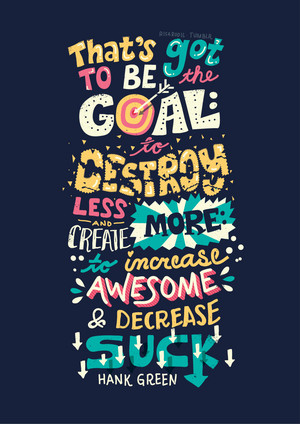 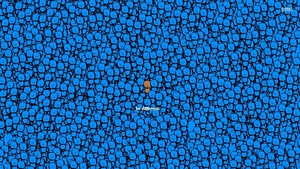 What is Friend?
added by glelsey
Source: Superb mga wolpeyper 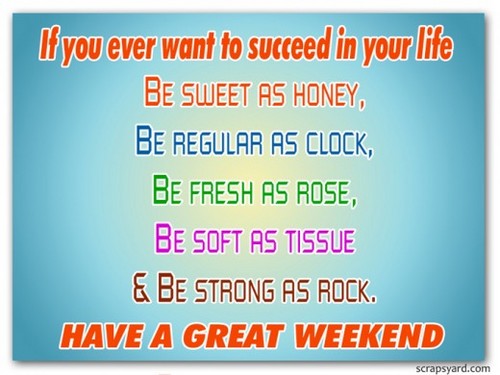 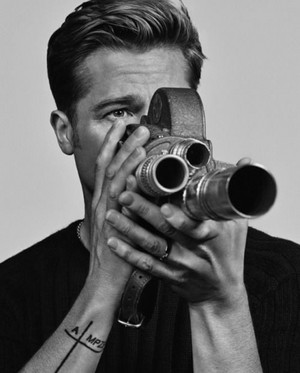 yes
added by Zezette_
Source: idk
8
Can someone please help me? I think I'm bisexual, but I don't know.....
posted by sapherequeen
*sighs* So..lately, I'm starting to think or maybe realize that I am bisexual; I'm attracted sa pamamagitan ng both boys and girls.

After thinking about it, there have been signs of this since I was at a young age, like around five years of age, but I never put these clues together until now....

Well...like I said, it all started at five. For some strange reason, a lot of the little kids in my kindergarten class already started having crushes on one another. There were little girls telling each other so-and-so likes you and giggling about it, and there were boys who basically did the same thing. I can even...
continue reading... 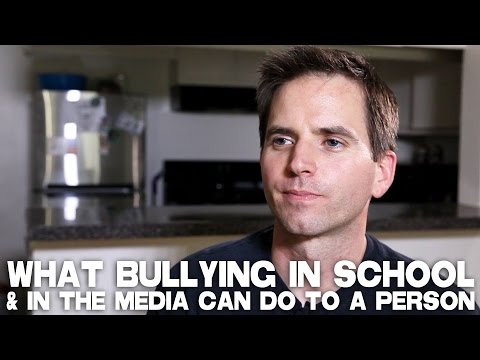 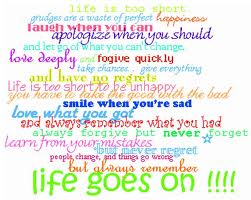 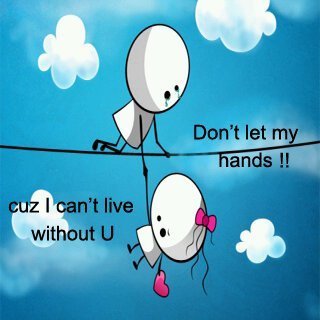 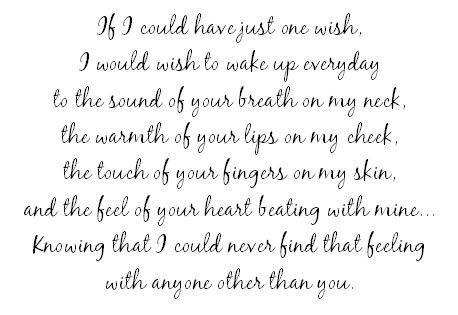 8
If You Need Inspiration
added by Shelly_McShelly
Source: the internet!
14
Mac Fedge: A Tribute to Survival
posted by Cinders
When I was just six months old, my parents, who work for the State Department, moved to Washington DC to do their periodic check-in with Big Brother. They lived in a town called Reston, Virginia, which had plenty of swimming pools, one within walking distance of our house.

My brother, Steve, was about five years old at the time, and loved the water. So, it happened, did our neighbor's son, Mac. Mac was about a taon older than Steve, and the two took to each other immediately. Steve even joined the swim team with Mac, and was over at his house often.

Eventually, though, my parents' job called...
continue reading...
I think I'm bisexual but I'm not sure please help!!!!!!!!
posted by anonymous211
Skip to end for a brief overview

I'm a 15 taon old girl and I've been struggling with this for a couple years I've read so many artikulo about figuring out if your biography and taken a countless number of those stupid tests on the internet that are supposed to tell you if you gay straight bi or anything in between and I just can't work it out so this is my last resort so I geuss I'll start at the beginning ..... when I was in taon 7 I was a bit of a loner I'd just moved school and I hated it there anyway towards the end of taon 7 I made mga kaibigan with this girl well call her sasha so anyway sasha...
continue reading... 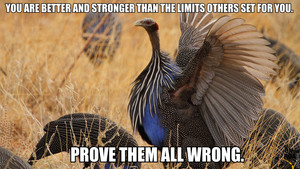 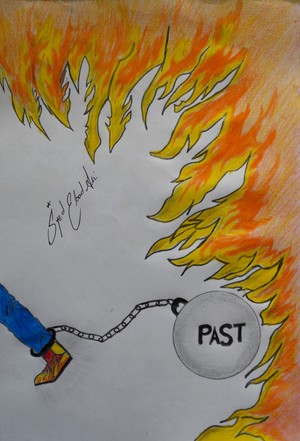