4
I have a huge problem with a friend I have, please help....
posted by sapherequeen
*I believe in respecting the privacy of others, so my friend's name will just be Angelica*

So I've known this person, Angelica for quite some time. When I first added her on my fanlist, she sent me a message saying hi and we just became mga kaibigan that way. She seemed really nice and sweet, I liked her :)

But then, things started to get a little out-of-hand. Angelica somehow got the idea that every time I'm on fanpop I should talk to her. Whenever I was on, she'd send me a message saying how hurt she was because I didn't send her a message. Or if I didn't reply her messages within five minutes, she freaked out and send me another one saying how hurt she was that I didn't reply or something very similar to that.

It got to the point where Angelica and I had a fight and she deleted me from her fanlist. I had to have someone sent her an apology from me so she could add me back and we could repatch things.

After that, things were alright. Angelica didn't freak out so much over me not replying her messages, but sometimes she still got upset when I didn't talk with her a lot. She'd say that she just missed me and wanted to talk with me.

But then things got worse. Angelica apparently had a lot of people in her past who had done hurtful things to her, like ignoring her on myspace or deleting her from their fanlists or calling her names such as "a**hole". (I talked with some of these people, and they'd actually say that she did the same thing she did with me to them, and that when they tried to apologize they found out she blocked them.)

Angelica would constantly talk about how this one person who invited her here was always mean to her and invited her on fanpop just so she could have problems with her mga kaibigan like me. I'd try to say that this wasn't true, but I don't think she listens to me.

Right now, we've been fighting a lot because she's so possessive of me and always so depressed!
Whenever I try to say sorry and repair things, she'd say things like "You probably dont' want me in your life" or "You probably never want to speak with me" and other crap like that.

But honestly, sometimes I do feel that way and never want to talk to her.

Can someone please give me some advice? She's driving me nuts!!!!
I-Luv-L, Arminl25 and 2 others like this
teamalice_0 Don't be friends, you don't need her to be all up on your a$$. Just don't talk to her, I hate possesive people, there ANNYOING! She needs to take a chill pill. You don't need her as a friend if she's just gunna make you upset/mad.. Get a new friend. Hope that helps!
sapherequeen I do see your point, and it's probably one of the right things to do, but I honestly can't. She'll flip out too much...
sheen24 Well if you're worried that she'll freak out, then block her.
twilightfan03 just talk to her saying that she should trust u if u and her were friends then she'll understand and won't piss u off anymore or i could tell her just give me her user name
jameswilson Frankly, she's some random person on the internet. You don't know her, she doesn't know you. If she's giving you a hard time just forget about it. Not to mention if she's the kind of person who gets mad about stuff like myspace, she's probably not worth talking to anyway.
Nayeli53 maybe shes one of those people who never get ignored in her Non-computer life, and when she gets ignored, she gets offended cause thats never happened 2 her. either that or shes just a brat who wants to give hell to everyone. could be either.
jedigal1990 i would try talking to her this time telling her the truth that you want to be her friend but can't take this whole you don't trust me or you hate me tell her she needs to trust you and relax a little explain that you have a life besides fanpop and can't always be on when she wants you too tell her its bugging you and that if she can't calm down a bit then you will block her because you shouldn't have to deal with that kind of stress or if you really still want to be her friend try doing what you suggested for me and that is set up a scheduel of when you can talk to her or something like that hope this helps love you lots sapherequeen your awsome
agbtrtsfan I have Friend just like that. She would always complain about this one girl in her class who said she's annoying. Then she started talking to pedophiles on Facebook and I had to delete her. She annoyed me too then when someone started with her I deffended her, I lost a friend she was fighting with. People like that may have OCD or a neurological problem. At least that's what my friend had. Anyway , if you want her to stop then : first you should tell one of your parents that she is bothering you, tell "Angelica" that your parents only allow you a certain amount of time on the Internet per day an you rally want to read some article. Even if that isn't true it will get you out of a conversation with her and I it(hopefully) will tell her you don't want to talk to her. But if she has a neurological problem then she might not understand it by herself. Also when you do talk to her make sure you make everything pretty clear so she won't get confused. But also you should tell her to stop sending so many messages because it gets Nnoying.( yes I know that's kinda rude but make sure you tell her if she keeps doing that people might think she is annoying. An I just reread your post alittle and noticed you put "I don't think she listens to me" thrs another sign of a neurological problem but she may not have one so don't go jumping to conclusions but justt keep your eyes open to the fact. If she does get mad at you just remember that she probably isn't a real friend (sorry if I'm wrong) if she says she isn't your friend anymore again an again and again. Also she may become clingy/obsessed. My friend was like that and she left 14 voice messages( I'm not kidding here) on my phone I told her to stop and I reduced to 3a day . Then I told her everything she needed to stop doing . And now we only talk when I see her sat school. She's leas annoying that way. But if she won't stop then tell someone right away before things get out of hand. ~~~~~~Aubrey~~~~~~ if you liked that advice then please visit my advice blog at http://ask-aubrey.blogspot.com/?m=0
SaturdaySurpris Well, I agree with the person that told you to tell her to trust u. Blocking her won´t help at all, and you´re pobably just destryoing her life by doing that..(that sounded kinda weird but when emotional like that, I don´t think trying to send a message and finding that she´s blocked will do her much good) Tell her to calm down and that you wouldn´t ignore her. If you´re both frinds, then problems, stress and fights shouldn´t get into your relationship. Hope this will help and keep meposted on how t goes! If you need more advice... tell us\me! XP

What is Friend?
added by glelsey
Source: Superb mga wolpeyper 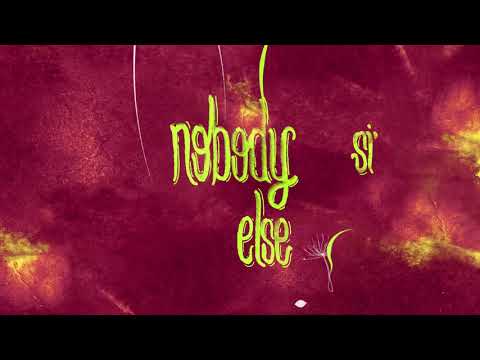 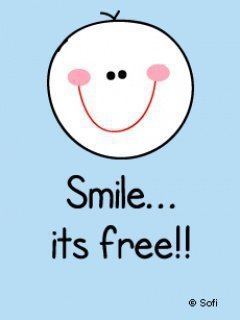 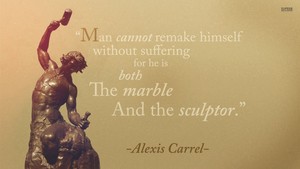 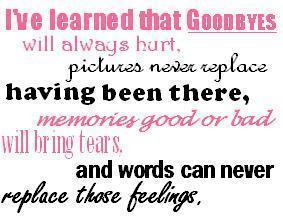 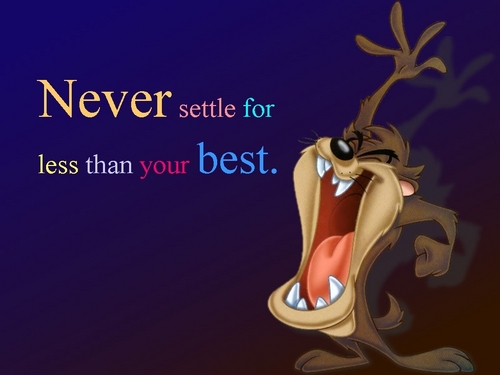 2
never settle for less than your best
added by marygenevieve 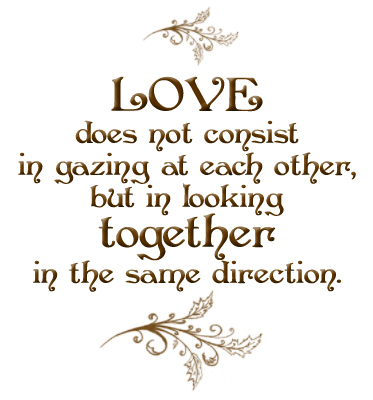 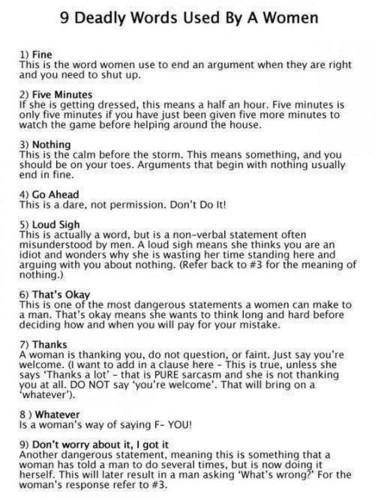 2
payo for men
added by greengirl911 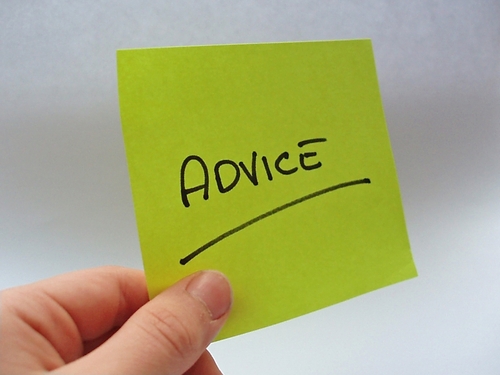 4
Always smile and enjoy the short life you have, just because it's yours =)
added by IsabellaAzuria 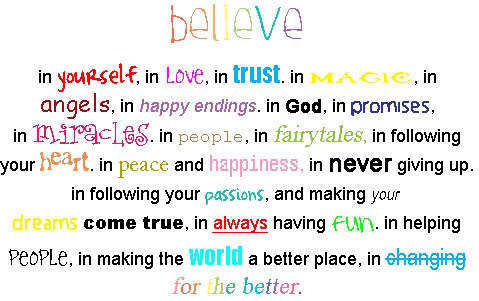 8
If You Need Inspiration
added by Shelly_McShelly
Source: the internet!

Coffee beans
This is an email that my mother received and I thought that I'd share it with all of you.

A carrot, an egg and a cup of coffee.

A young woman went to her mother and told her about her life and how things were so hard for her. She did not know how she was going to make it and wanted to give up. She was tired of fighting and struggling. It seemed as one problem was solved, a new one arose.

Her mother took her to the kitchen. She filled three pots with water and placed each on a high fire. Soon the pots came to boil. In the first pot she placed carrots, in the segundo she placed eggs, and in the last...
continue reading...
More Cards
1234567891011