What Happens when my ex tells me I'm not allowed to ask him tanong
posted by IzzyOzera
Isobel Panhurst 28 April at 19:52
Hi
How are you?
What you been up to?
Hows life?
Whats the meaning of life?
Do you ship Klaine?
Do you ship Spuffy?
You don't ship Kurtofsky do you?
Is there and English exam susunod week?
Did you watch Glee on Monday?
Did you know Chris Colfer leaked that Darren Criss has a girlfriend?
Did you know Starship premiers on Saturday
Did you know the new Harry Potter trailer came out Yesterday?
Is that enough tanong for you?
wait the HP trailer came out today....i think.....Tumblr confused me
oh enough question
Are you a Tumblr addict?
OMG Do you like Drarry?
are you against people asking questions?

He still hasn't replied :P ROFLLL
he really shouldn't have called me a asong babae earlier.....
Help!
posted by MrsPadfoot
Yo, Biggerstaffs. I'm going to write a story about us. I kind of need all the information about you I can get(woah, that sounds creepy). Do me a favor, eh? Fill out this form.

*This MIGHT have to be altered, so you fit with your parents and siblings. If you have kids, make sure you are GROWN UP, please.

If anyone has a completely updated tree, send it to me. If you have any questions, email me at allisenmarie@hotmail.com
1
BOTM Storytime!!! :D (You're late, Malloy) Jk, I don't care
posted by alexthedog
Malloy's Late Storytime Activity

Note from Alex:(Btw, this was copied and pasted from my inbox, so after this all the sidenotes are in Emmy's POV)

I don't think I've ever seen Admiral Penn this angry before. Never, not even when he found out that I, a mere girl of thirteen, daughter of the ship's cook had snuck on board, apparently causing bad luck for the entire crew – captains were never to let women on board their ships for fear of horrible luck; pirates, scurvy and deserters, the whole nine yards. He was going to throw me overboard, even though...
continue reading...
3
Zan and Best's Biggerstaff Dictionary Of Awsome Epicness And Magical Wonder!
posted by zanhar1

Prefectify - the act of making something perfect

Jumo - The act of dancing out a window, Water created it sa pamamagitan ng making a typo when typing jump.

Emmy's icon!
Malloy is the segundo BOTM, as Best had nominated her previously. I made these tanong on Tuesday, April 5th, and she replied so very quickly. Emmy(our nickname for Malloy)'s term ends on April 12th, and the new BOTM(revealed in the article) will take over.

2. kouk or Pepsi?
- PEPSI all the way, man<3 Pepsi Max is my weakness.
3. Closest Fanpop friend?
- that... is a hard question. But I'm thinking Moo, Accio,...
continue reading...
3
The Sorting Hat's New Song
posted by lucius_malloy
There once was a school with four Houses
the founders of it didn't have spouses
so they teamed up their wits
said lickety-splits
and students have to dress up in blouses

In Hufflepuff will you probably find
those who are fair, and loyal and kind
but please do watch outs
they are not boy scouts
if you say so you'll be heavily fined

Ravenclaw is tahanan to smartypants
and in those smart pants they will get ants
if a tanong is asked
stupidity is masked...
continue reading...
My listahan of Awsome people (Credit to Alexthedog for giving me the idea to make this.)
posted by zanhar1 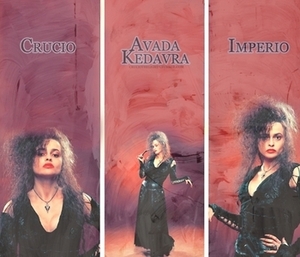 Bellatrix is an awsome person too yay Bellatrix
GemonkDruid link

In no particular order. ♥

Ninja-Kitten link
continue reading...
Pagsulat
posted by DracoLuver
(I was bored one araw and was having the urge to write. The reason it is so vague is because she is seven, and I don't want to use too many big words that might seem odd for her age.)

My body aches and my eyes are blinded sa pamamagitan ng brilliant lights outside my window. They don't look normal, they are huge and bright. I cannot see what they belong to – all I know is that they are floating. I try to speak, but my lips refuse to move. I hurt all over, so I cannot walk.
I know what is happening, they are visiting me again to fix me up. Since I have turned seven, they come more. I ask them if they will...
continue reading...
3
You know you're obsessed with Bellatrix Lestrange when........
posted by KateKicksAss 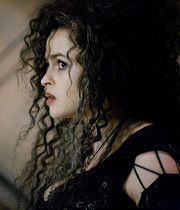 I suspect I'm not the only one, am I? XD...... Anyways, you know you're obsessed with Bellatrix when....
Credit: Me Myself and I

1. You throw away all of your hairbrushes.

2. You wear at least some black every day.

3. You rip your clothes on purpose.

6. You carry knives on your person

7. Your desktop background and screensaver are of Bellatrix.

8. Whenever you're typing a word that starts with a "B" or an "L", you accidentally type out a Bellatrix or a Lestrange instead.

9. You think her birthday...
continue reading...
4
Trying to get into Pagsulat again ...
posted by DracoLuver
The two figures walked silently in unity, their feet trudging through the high snow. Both their faces were wet with tears, and the girl clutched a bundle of bright red roses. They stopped immediately in front of a strong iron gate beside a small cozy church, adorned with brilliant pasko lights, and inside voices sang in chorus to familiar pasko songs.
They both stared beyond, unsure of whether to go in or not. The red-headed boy made his decision first and leaned on the gate, crying into his hands. The girl seemed unable to look at him, and her gaze was locked sa pamamagitan ng a white marble tombstone...
continue reading...
After the War-the Reverse
posted by xDark_Angelx
“I’m looking for…Wendell and Monica Wilkins.”

The man behind the hotel mesa looked up, his eyes watching her above his wire-rimmed glasses. A flicker of wariness filled his eyes. At first, he remained silent. She gulped, and she tanong even being here. Is this all worth it? I’m wasting their time. They…

Her thoughts were interrupted sa pamamagitan ng the man’s abrupt reply: “Room 51B-fourth floor. Hallway to the left. You a relative of theirs?”

The man nodded and waved her away for the susunod person behind her....
continue reading...
My tuktok 5 paborito HP Characters!
posted by DracoLuver
link

Ugh! I wrote a giant answer and then copied it just in case it was too long. Anyway, I found out that it was so I decided I'd link an article. I decided to link the tanong in the article, and then i realized my stupid mistake - I hadn't copied my answer on something else, so it was deleted. Here I go again!

5.) My fifth paborito character is Luna. I like how she has individuality. She's not afraid to be herself, no matter what everyone else says. People make fun of her, yet she doesn't have a big problem with it. That teaches us all that it's okay to be different rather then blending...
continue reading...
1
The Loves of My Life
posted by boolander25 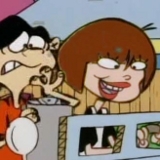 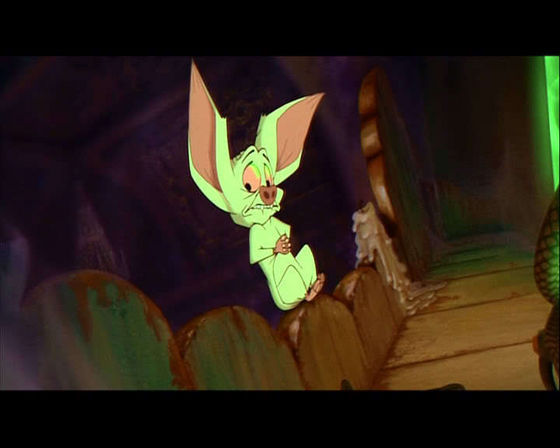 1)You Me At Six
Because they write all there own songs, and I can practically relate to every song :)
Favourite Songs-link or link

2) Daniel Beddingfield
I know he's ancient (Like 2007) but his voice is just...awesome. I went to his konsiyerto and he broke his gitara strings and CARRIED ON PLAYING. Pure Awesomeness
Favourite Songs- link or link

3) HelloGoodbye
It's awesomely happy music that never fails to make me smile :)
Favourite Song-link or link

4)McFly
I've loved them ever since Five Colours came on and I...
continue reading...
3
The Official and Complete Biggerstaff Playlist
posted by lucius_malloy
So this is the Biggerstaff playlist I made. It's titled 'BIGGERSTAFF<3 :) x' and the ':) x' part is specifically shoved in there for Accio's sake, since she's always shoving it in everywhere. It only has artists, because I CBA write down all the albums and stuffs. It's basically the listahan Gemmy gave me with various people's other awesome others added in (comment and I'll add yours)... enjoy!

30 segundos to Mars
The Academy Is...
All-American Rejects
Amber Pacific
Avril Lavigne
Bowling For Soup
Boys Like Girls
Cobra Starship
Cute Is What We Aim For
Darren Freaking Criss
Escape The Fate
Evanescence
Fall...
continue reading...
1
My Music taste: a brief overview of my paborito artists and why I like them
posted by GemonkDruid
So, the real prequel to this story is much madami tragic and... emo, as there is a bit of psychology involved as to why I like the music I like and not mainstream crap like some people in this family. *glares around*

So, anyways, moving on!

NOTE: I'm Pagsulat this at the tuktok of my head, so stuff might be inaccurate.

30 segundos to Mars:
HXC band, started in the late 1990s.
Consists of: Jared Leto, Shannon Leto, and Tomo *forgot his last name*.
Their songs are really catchy, and Jared has a nice, husky voice.

The Academy Is...:
Weird band that emos like.
Consists of: William Beckett... that's all I know....
continue reading...
1
Ninja Kitty is SO psychic
posted by Ninja-Kitten
It's nightime around the Biggerstaff house, all the lights are on and several loud songs compete for attention around the house.

A large silver cat slips out of a window on the tuktok floor, she drops 50 feet or so and lands silently on her paws in the bushes, her dark stripes concealing her perfectly. Her ears flick back and she runs to the nearest tree, leaping up the trunk and hiding in the branches. When she slips out of the puno she's wearing black panels of metal on her legs and generic armour on the rest of her body. Deerhorn knives are strapped to her sides and two katanas are crossed...
continue reading...
3
Ninja Kitty's room
posted by Ninja-Kitten
I don't have a pagtitip. room because I really don't need one. No one's allowed in my room, and I'm not even sure if any humans would fit :P

The door is tiny and black, about 3 feet high with a silver plate on it bearing the words "If you fit through the door and get past my defenses, you are welcome here".

Now isn't that strange? You call your animagus friend and watch her walk through the door. After a couple seconds, you hear a yowl and she runs back with a scorched tail. You frown slightly and use a spell to see inside the room.