4
The Host Chapter 5 part 7
posted by HaleyDewit
Elena was sitting in the kitchen, playing solitaire. She picked up a card and squeezed her eyes at the Joker image. “You’re mocking me, aren’t you?” She got tired of the game, because she was losing, and collected the cards. Then she took two card and placed them against each other, creating a triangle. She did the same with two other cards and placed them susunod to the other triangle. “Are you seriously building a card house now?” Jeremy asked. He was sitting in the couch, playing a computer game. Elena didn’t respond; she needed all her focus on the construction. “Let her be, Jeremy” Alaric said. “That’s what’s called ‘occupational therapy’”
Elena was halfway her construction when the kampanilya rang. She jumped up and her card house collapsed. Annoyed she got up and answered the door. Complete silence.
“Hi” Damon waved, madami shy than he ever was. Elena blinked and stared at him like she was frozen. The she came back to earth.
“Daaaammmoooonnn!!!” she squeaked and she threw her arms around him, nearly suffocating him.
“I can’t breathe” Damon gasped. Elena let go of him and looked at him with an ecstatic smile.
“I missed you so much, Damon! Jeremy sinabi you were with Bonnie and at first I didn’t like it. I mean, you and Bonnie? Only a delusional moron would put the two of you together, right? But then I figured, if Bonnie wants to be with someone who almost bit off her neck and if Damon wants to be with someone who set him on fire, then who am I to stop them? I hope you two will be very happy” Elena ranted, still with that smile on her face. She took a deep breath and then said: “Aren’t you coming in?” She step aside and let him in. “Where’s Bonnie? Didn’t she sumali you?”
“No” Damon sinabi a little annoyed because the subject didn’t change. “She stayed at home. She’s sick” In the head, he thought.
“Oh no, is it serious?” Elena gasped. Damon rolled his eyes. “She’ll live” he sinabi short. Elena held her head diagonally. “Are you angry with me?” she asked scared like a two taon old.
Damon sighed and his annoyed expression vanished. “No, I’m not” he reassured Elena. Not with you, he thought. “Okay” Elena nodded. “Come in” she sinabi and she pulled him into the kitchen. “Can I get you something? We don’t have any blood unfortunately… You can have mine” she stuck her left arm out. Damons eyes bulged and for the first time a little smile appeared on his face. “No, thank you” He gave Elena back her arm and his eyes fell on the table. “What were you doing?” he curiously asked. “Oh, that” Elena sinabi bored. “That’s something to pass the time” Damon sank down on a chair and shoved the cards to him. “In for a little competition?” he challenged Elena. Elena sat opposite Damon. “Bring it on”
RedHood591, TheExcorcist and 2 others like this
twinflames This was cute :)

13
Delena
added by quinnfabray
56
50 reasons why Damon&Elena belong together.
posted by chairbuck12
Was made on the CW Lounge before it was taking over sa pamamagitan ng Bamon fans!
----

1. Elena brings out Damon's humanity
2. Elena is the ONLY female main character who hasn't been bitten sa pamamagitan ng Damon yet.
3. In the segundo episode, Damon says that he can clearly see why Stefan is so smitten with Elena....because of course, Damon is smitten with Elena himself.
4. Damon needs someone sweet like Elena in his life to heal his broken heart.
5. Damon kisses Elena's hand when she goes to leave.
6. Elena saves Damon, and is clearly scared for him.
7. Damon is so gentle towards Elena, especially in the episode when he strokes...
continue reading...
133
Why Damon and Elena belong together (D/E vs S/E)
posted by MissDK
uy everyone...

When I was spending my summer holidays anno 2009 in Buffalo, NY, USA, I was thrilled to hear about a new Vampire TV show. And what made me even madami excited was the fact that the ipakita will be based on books, called ”The Vampire Diaries”. I have never heard of this...
continue reading...
-3
The Darkest Side Of Me ch.3
posted by yasmeen40
originally written sa pamamagitan ng : SuchALittleMonster on FanFiction.net

It took me a few segundos to completely register Damon's words and make sense of them. My stomach turned, I felt light headed and sick as I stared down at him. He was sitting up now, he crushed my stake in his hand with little to no effort. He wiped the blood from his lips and moved his fingers down to his chest. I took a few steps backwards when I noticed his wound had already healed.

In the blink of an eye he was up on his feet, he was perfectly fine. I felt the pader against my back, I had no where else to go. Surprisingly he didn't...
continue reading...
20
LJ SMITH EMAIL TO A DELENA tagahanga
posted by jendelena
Anonymous

Thank you for Pagsulat me such a beautiful, kind email. Yes, I think epic is the word for the pag-ibig Elena and Damon have for each other in Midnight. I mean, she completely destroys a moon for his sake. I wrote a lot about Damon and Elena—and Bonnie and Damon, too—to ipakita that Damon is finally discovering his deepest feelings. In the case of Elena, they amount to three simple words that makes Stefan think that Elena no longer loves him. He thinks that she simply wants to be with Damon now—and after all she does, it’s hard to blame him.

Elena and Damon paliguan Scene
This story has some adult content to it which I’ll have to say it’s rated MA for some content.


The house was quiet when Elena came in. She wanted desperately to talk to Damon about their halik last night.

“Damon? Are you here?”, she called out. Hearing no response she headed upstairs towards his bedroom.

“Damon?” she sinabi before entering his room. She heard water running in the bathroom. Was he in the shower? She grimaced hoping to not find him in there with Andie. Her curiosity eating away...
continue reading...

1
Damon/Elena & daughter delena
added by inuyashagirl82
Source: me inuyashagirl82
5
The Darkest Side Of Me ch.2
posted by yasmeen40
originally written sa pamamagitan ng : SuchALittleMonster on FanFiction.net

I slowly opened my eyes and was instantly met sa pamamagitan ng the sunlight shining in through the window. I could feel the warmth on my skin, I was deeply relaxed and comfortable. I always felt this way waking up susunod to Stefan in the morning. We would lay in kama for hours upon hours, wide awake, but silent. Neither one of us ever...
continue reading...
2
The Darkest Side Of Me ch.1
posted by yasmeen40
The Darkest Side of Me
originally Written sa pamamagitan ng : SuchALittleMonster
on FanFiction.net
Something was definitely wrong. Everything was dark. Pitch black...

I slowly rolled onto my side and reached for my phone. Nothing. I always keep my phone on the nightstand susunod to my bed. Odd...

Sighing in frustration, I slowly sat up, groggy and irritated my eyes had not adjusted to my dark room yet.

I flung my legs over the side of the kama and blinked a couple times, rubbing the sleep out of my eyes. How long have I been out? Oh, goody a pounding headache to add to the list, just want I need.

I managed to crawl...
continue reading... 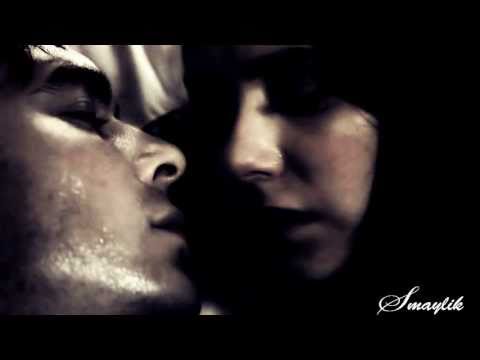 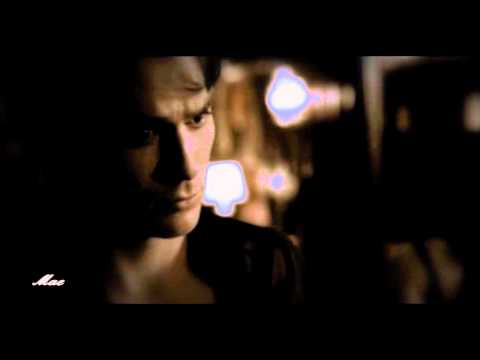