2
The Life Of Draco Malfoy- Chapter 3: Hogwarts, taon 3
posted by CrimsonTwins
The week had passed, and Draco was now about to enter platform 9 3/4. With his trolley, he ran through the "brick" post, and into Hogwart's Train Station. Narcissa and Lucius followed as well. As his things were loaded onto the train, Draco looked at his parents. He edged towards his mother to give her a side-hug, as he didn't want to hurt his sibling inside her womb. Lucius did not give hugs, so instead, Draco got a strong handshake, and a nod. His mother hugged him again, another side-hug.
"We will send you a letter when your sibling has been born. You shouldn't get one in less than two-to-three months. We will still send you Galleons and gifts in the Owl mail. Please be careful." she murmured to her son, who actually began to worry mentally. He nodded and sinabi a quick "'Bye." Before boarding the Hogwart's Express. He nudged his way rudely through the other students- Hufflepuff, Gryffindor, Ravenclaw, the like. He was near the middle of the bus when he had seen Crabbe, Goyle, and Pansy Parkinson sitting in a compartment, chatting about their summers. Draco knocked, in which everyone turned to the door, and Pansy smiled.
"Hi Draco. I missed you!" Pansy said, reaching for a hug, which Draco gave a slight, quick hug. He then sat susunod to Pansy, and put his ivory head in his hands, rubbing his face gently, groaning.
"Anyway, did you see Collin Creevey? The little brat snapped a picture of me when I was putting on mascara!" she babbled on. Draco absorbed himself deeply in his own thoughts, going deeper, and deeper, almost drowning in the constant thoughts that run rampant in his mind.
'What if my brother or sister isn't okay, and mom doesn't make it? Damn.' Draco drawled on mentally, his own fears eating away at his sanity.
"Draco? Draco!" Pansy said, shaking the icy-blonde gently sa pamamagitan ng the arm. Draco jumped, only to see his mga kaibigan look at him, confused.
"I-I'm fine. Just thinking." he replied smoothly. Suddenly, a plump, kind witch walked towards their compartment.
"Anything off the trolley, dears?" she smiled, looking at everyone.
"As a matter of fact, yes. I'd like a few kalabasa pasties, cauldron cakes, and tsokolate frogs." Draco said, holding out 4 sickles. Pansy, Crabbe, and Goyle each got a few things off of the Honeyduke's Express trolley. After an hour, Pansy rest her head on Draco's shoulder, smiling softly. Crabbe and Goyle looked at Draco, giving him a questioning look. Draco could care less. All he could think about was his sibling being born. He overheard Hermione talking to Ron and Harry about how important Charms and Potions were.
"You need to study a lot in order to be good in Charms, and you Harry, you need to read the directions in potions class!" Hermione said, out loud. Draco opened the compartment door, and stood up. Pansy had fallen over and woken up, surprised.
"Draco?" Pansy said, Crabbe and Goyle watching. Draco stepped out of their compartment, as Crabbe and Goyle followed. Draco knocked on their rival Gryffindor's compartment door, his face stern. Harry opened the door.
"Will your filthy, Mudblood mouth keep quiet? For God's sake I don't think Salazar Slytherin has heard you yet!" Draco said, his eyes squinting at Hermione Granger, whos face twisted into anger.
"I AM NOT A MUDBLOOD, I AM A MUGGLE! COME OFF IT MALFOY!" She shrieked.
"Common Mudbloods, scream at the slightest sarcastic joke." Draco said, as Crabbe and Goyle snickered and cracked their enormous knuckles. Pansy stayed seated in the comfy bar upuan in their compartment, and waited for them to sit down. Goyle opened a tsokolate frog, and ate the frog without saying a word. He then threw the card that had shown Albus Dumbledore smiling. Pansy nibbled on a kalabasa pasty, and Draco looked outside the window. A few hours had pasted of talking and Pansy flirting with Draco, before there were close to Hogwarts.
"I'm going to change into my robes. I will be back." Draco said, as his companions nodded and followed suit.
"FIRST YEARS O'RE 'ERE!" Hagrid bellowed as he held a lantern, keeping his eyes open for the First Years. Draco began to walk with Pansy, Crabbe, and Goyle to the carriages, and got inside. Shortly after, the Thresteral began trotting, it's hooves clopping against the gravel. Soon, they had reached Hogwarts, and Draco's Gang got out of the carriage, walking into Hogwarts, and going to the Great Hall, to attend the sorting ceremony. Draco sat susunod to Pansy, who smiled at him, but Draco was too deep in his thoughts to notice, closing out all of the noise and people around him.
'What is wrong with me?!'
I-Luv-L and QueenHybrid like this 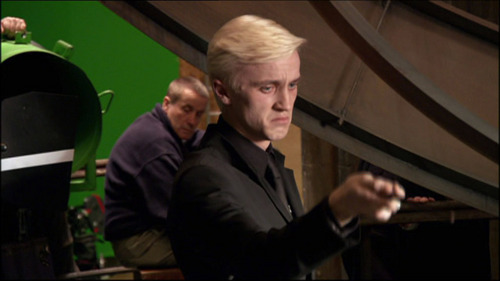 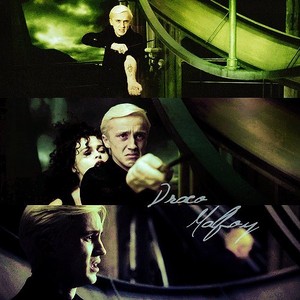 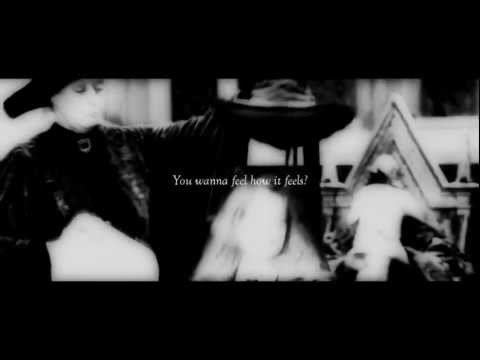 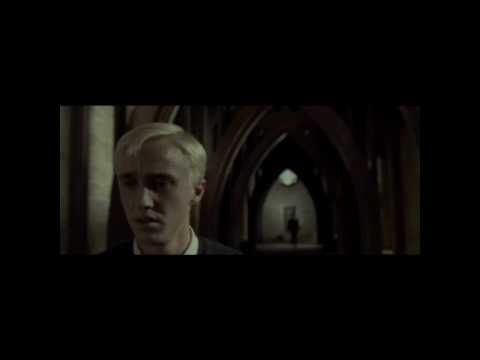 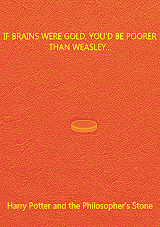 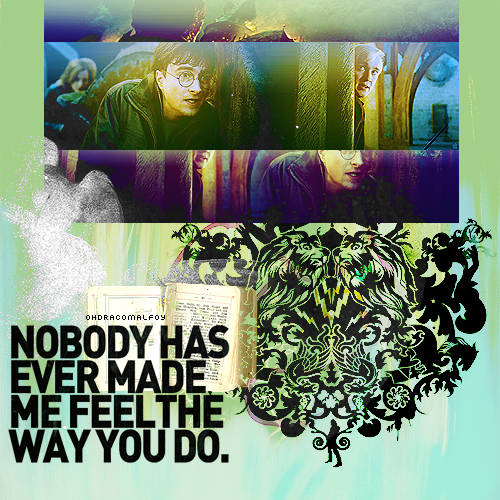 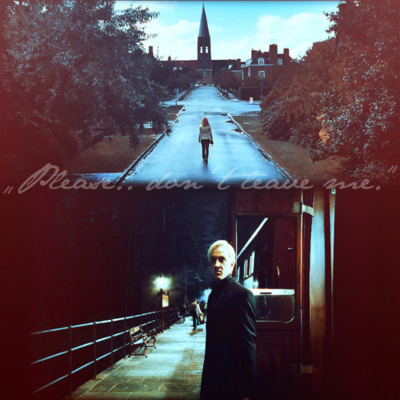 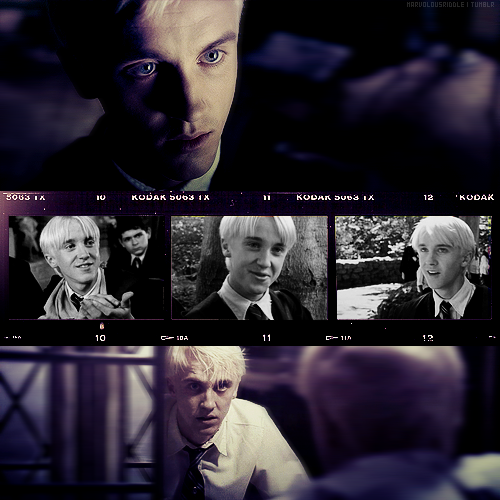 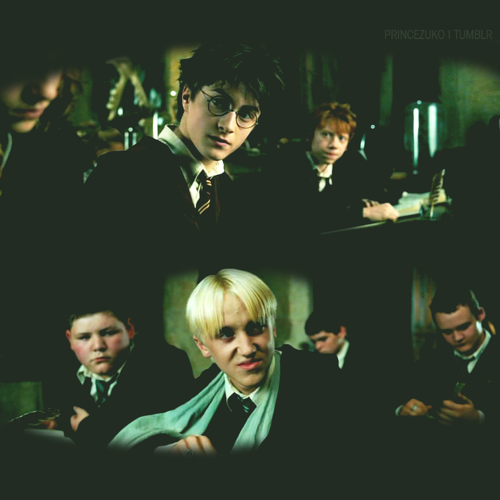 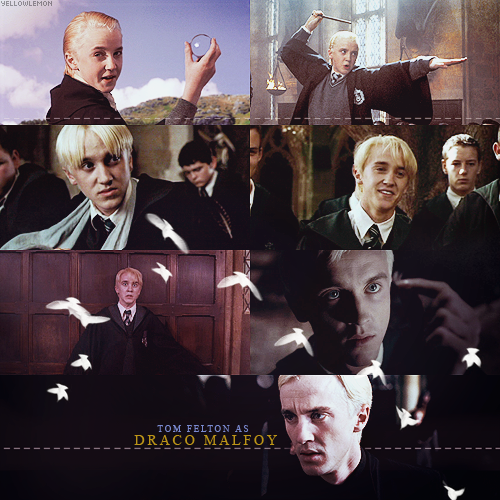