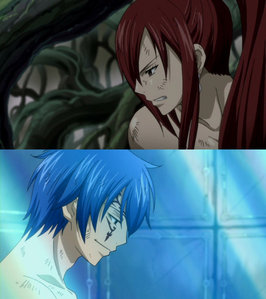 Erza Scarlet and Jellal Fernandes
Jellal and Erza have been mga kaibigan for a long time. They first met in the Tower of Heaven, back when it was being constructed. During this time, Jellal gave Erza her last name. Jellal cared deeply for her, to the point of changing places with her when she was about to admit to a crime that she didn't commit. However, when Erza went to save him from the guards who captured him, he, having been brainwashed already, attacked her and exiled her from the Tower of Heaven, making everyone think she betrayed them.

Eight years later, Jellal tries to sacrifice her to "revive" Zeref and claimed that he loved her once as he forcefully pushed her towards the Lacrima crystal that he planned to kill in her. However, he was stopped sa pamamagitan ng Natsu. After his defeat, Erza hears his voice saying she had become strong. Though later, Erza told Lucy that what she thought that possibly Jellal was responsible for stopping the tower from destroying both her and Natsu since at that moment Natsu had defeated him; he was freed from the spirit of Zeref and returned to his old, kind self and that he fused with Etherion in Erza's place and guided the Magic up to the sky. Later, during the conflict with Oración Seis, he was revived sa pamamagitan ng Wendy, and the only thing he can remember is Erza's name. After defeating Nirvana, Jellal and Erza talk in private and Jellal confesses his fears of the darkness inside him to resurface, but Erza says that even though that happens she will be there for him.

When Erza and Jellal meet in X791, after the disappearance of Tenrou Island and the Tenrou Team, they talk about Jellal regaining his memories and different things he did in his possessed days, and eventually, while thinking about all the moments they had over the years, they kiss. However, Jellal pushes her away because he still believes that he should punish himself for his past actions, and he doesn't believe he deserves to be with someone who "walks in the light". Erza, however, is happy that things worked out that way nonetheless. 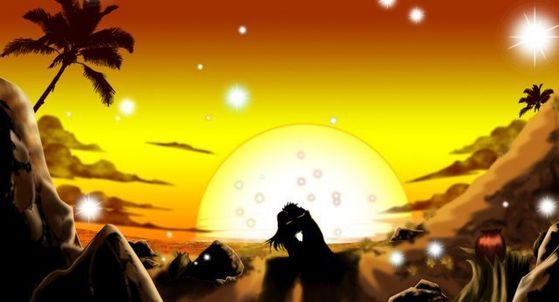 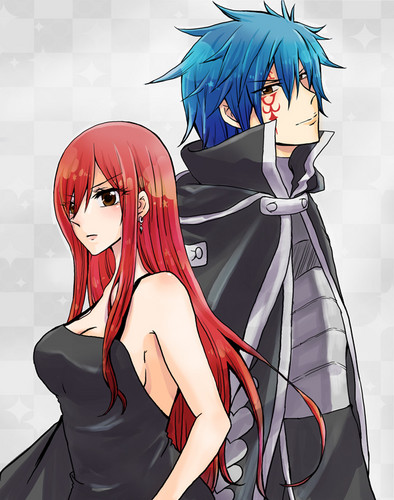 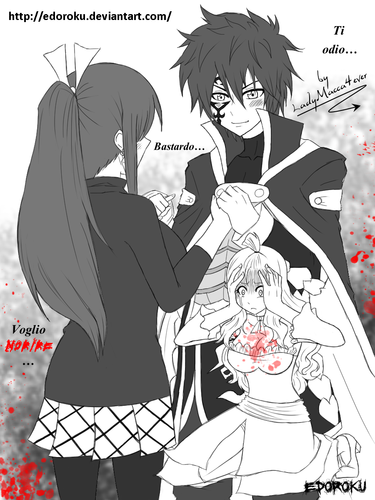 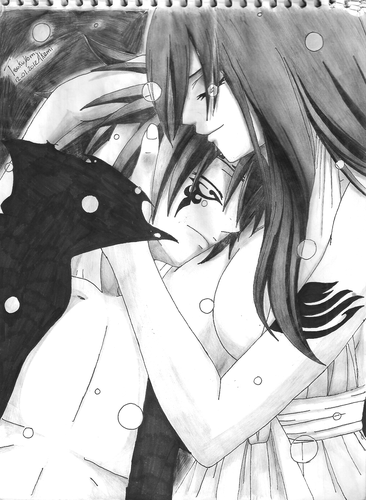 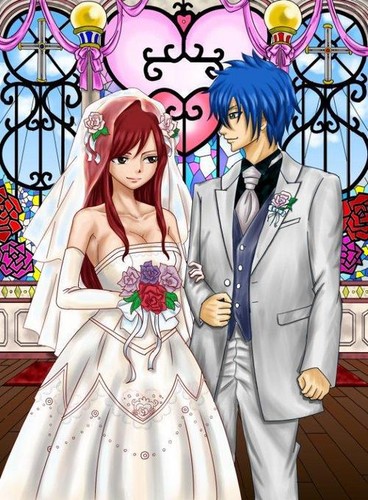 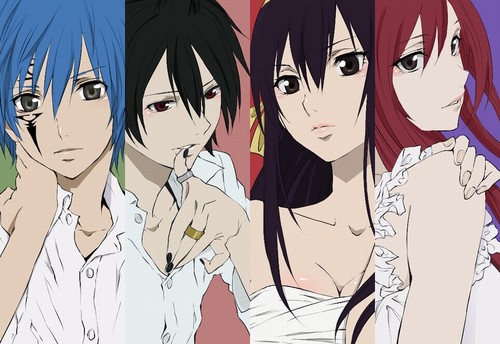 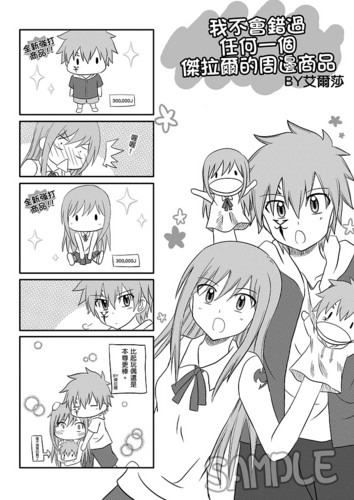 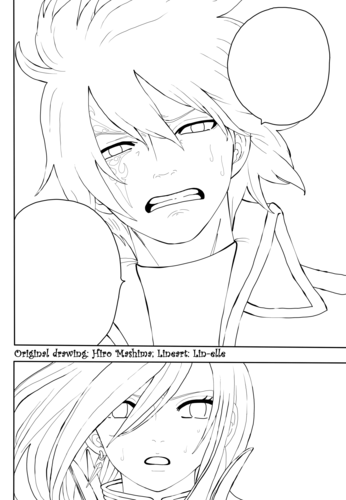 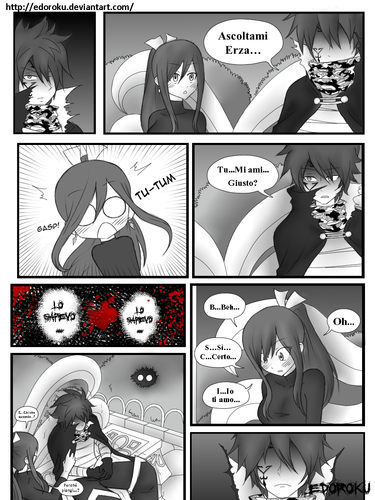 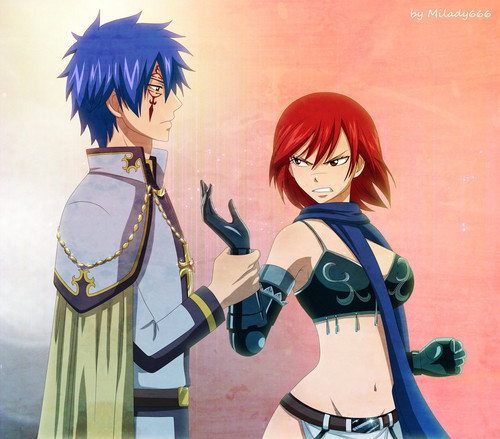 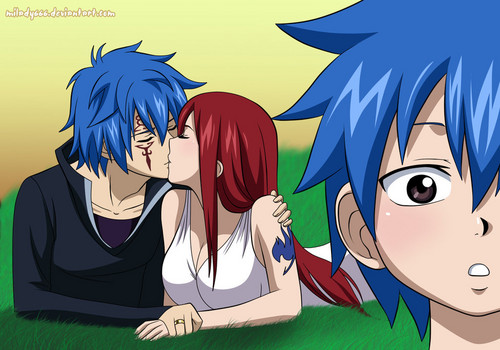 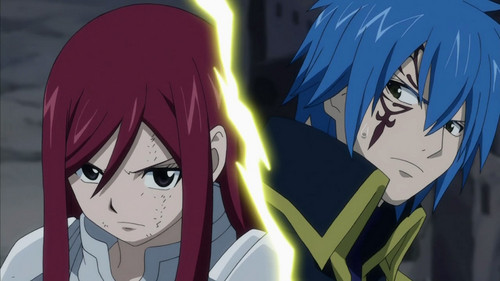 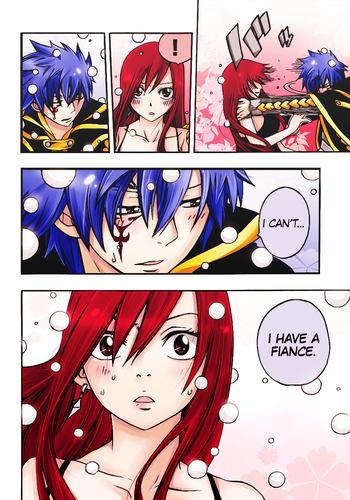 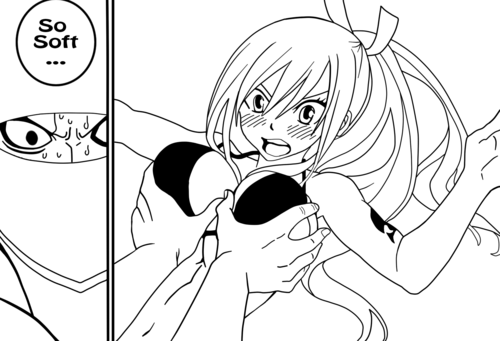 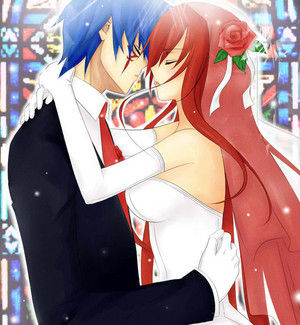 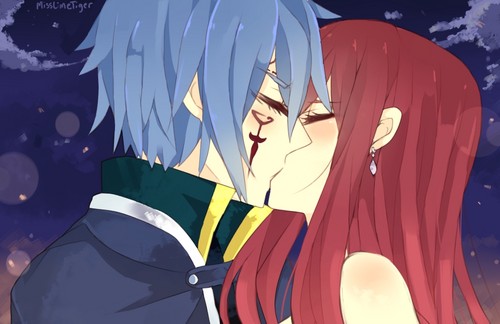 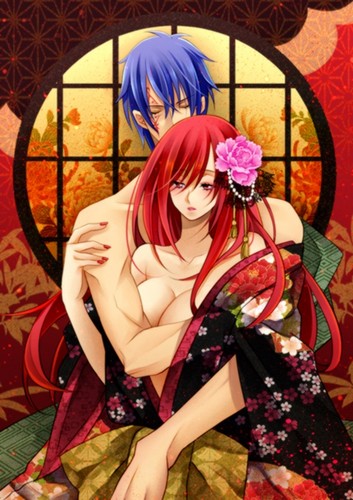 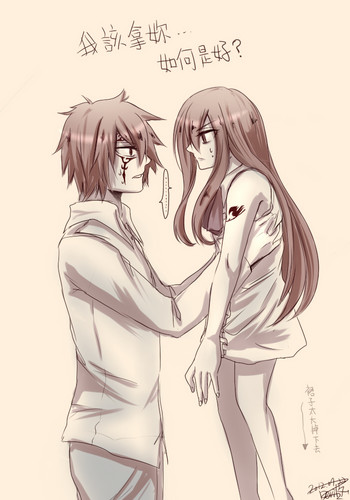