12
Chapter6 - You Can't Always Get What You Want
posted by Chandlerfan
When she woke up the susunod morning and looked at the clock, she cursed herself as she was late for the first time ever. In her anger she had kicked Lyle out and told him never to come back, although she regretted it. House, on the other hand, well, she didn’t know what to say to him. She let him cool off thinking it’ll be best to talk to him at work, and try and salvage what could have been a relationship worth having.

Cuddy walked into the hospital, all eyes on her, looking quite shocked what with her being late and all. They all thought something major had happened and didn’t know what to say. Wilson saw her and cautiously walked up to her and asked her what was wrong. In her anger, she turned around with a nasty look on her face and barked at Wilson telling him to mind his own business, and then promptly slammed the door in his face. Wilson was rather shocked sa pamamagitan ng this change in behaviour that he quickly retreated to his office. Maybe House did something, he thought, and got back to his files.

Meanwhile the team were waiting in the differential room, expecting House to walk in any minute. Kutner was impatiently tapping on the table, as Foreman rolled his eyes several times. Thirteen soon snapped at Kutner, taking everyone sa pamamagitan ng surprise at the sudden outburst, and Kutner stopped tapping.

‘Where the hell is he?’ Foreman asked breaking the eerie silence.

‘Maybe he had a late night’ Kutner suggested, as Foreman, once again, rolled his eyes, this time joined sa pamamagitan ng Taub as well.

Thirteen suggested they go and ask Cuddy, but Kutner warned her that she was in a bad mood today and best be left alone. Thirteen just called him a wuss and set off to Cuddy’s office on her own.

‘Dr Cuddy’ Thirteen sinabi as she cautiously walked into her office.

‘What is it, Dr Hadley?!’ she replied none too happy.

‘I was wondering if you knew where House was. It’s been over an oras and he still isn’t here yet. We asked Dr Wilson, and he sinabi he had no idea where he was.’

Cuddy looked up in shock. House was late on a regular basis, but never this late. She got up, ready to go out the door, but before doing so, she told Thirteen that the team can go tahanan for the day.

Cuddy was driving to House’s apartment unknowingly disregarding all red lights, trying to get there as fast as possible, not caring for her own wellbeing. She reached there in record time, and all in one piece, surprisingly. Once she was outside his door she started pounding on the door so loud that the neighbours came out wondering what was going on.

‘House! Open up House! I know you’re in there!’ She sinabi over and over again.

‘Greg! Come on, please open up! I’m sorry about yesterday. I didn’t know he’d come back. House, come on, open the goddamn door! Greg, please, I pag-ibig you!’

When he didn’t open the door, she gave up on the shouting and proceeded crying.

House, however, was in there, and he heard her. Every single word. He heard her say that she loved him. Him. He opened the door to find her crying and took her in his arms, leading her into his apartment, ignoring the stares from his neighbours. He sat her down on his couch. When she saw all the alcohol and the empty bottle on the table, she looked up at him in guilt, apologising incessantly.

‘It’s not your fault’ and that was all he sinabi to her, and all she wanted to hear to reassure herself.
becca85, kathiria82 and 10 others like this
salemslot I have fallen in love with your writing skills!Words are not enough...Bravo,sugxaritiria,euge,well done;D
babybell thats was amazing...... 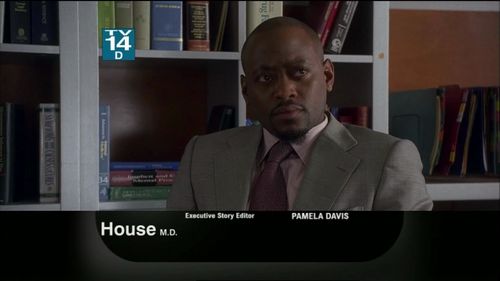 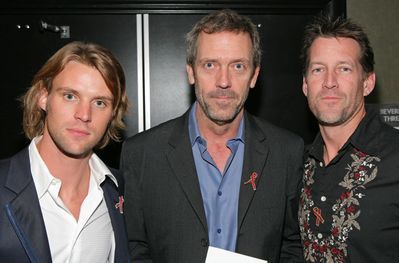 1
Hugh and Jesse
added by tubby2002
Source: wounded hearts (http://www.wounded-hearts.net/gallery/displayimage.php?album=353&pos=4)
6
The Huddy Truth 5x03
posted by Irene3691
One araw they are in their residence. Lisa spends the whole araw enclosed in her room studying. Of course he spends that time doing anything else but study.
Dinner time comes and she prepares a salad, then goes to his dorm and knocks the door. ‘Are you gonna eat something?’
‘Small children.’
She rolls her eyes. ‘If you want some salad there’s madami in the kitchen.’
‘Hmm salad, rabbit's food, yummy!!’
She goes back to the kusina and he follows her and starts preparing a huge sanwits with what he finds in the fridge. Cuddy looks at him with a disgusted face, then he bends to pick...
continue reading...
7
The Huddy Truth 5x01
posted by Irene3691
Lisa Cuddy came to Michigan a few days nakaraan and today it’s her first araw of collage at the unibersidad of Michigan. She’s very excited about it. It’s the first time she’s going away from her family and mga kaibigan for such a long time, but Lisa it's completely convinced about what she wants to do with her future, and she wants to become a great doctor.
Now let’s talk about Greg House. Who doesn’t know him at university? With just twentysomething years old, he is one of the promises of the campus. He has a brilliant mind and a particular acidic sense of humor. Although there are people...
continue reading...
5
The Huddy Truth 4x02
posted by Irene3691
They spend the night sleeping alone for the first time in the last weeks.
In the morning House, without rush, takes a shower, gets dressed and gets to the hospital at nine o’clock. First stop, of course, the cafeteria, where Cuddy runs into him.
‘Here you are! Where did you leave your sense of punctuality?’
‘I think I was born without it...’ Says House looking around.
‘I've been looking for you almost an hour, I have something for you.’
‘If it's a wedding ring I'm sorry... I won't renounce my single state.’
She rolls her eyes and gives him a file. ‘I've a case for you.’
House...
continue reading...
1
All My Doctors, a House, M.D./All My Children tagahanga Fiction
posted by HouseAddict87
This is an All My Children and House crossover tagahanga fiction I do not own All My Children it belongs to ABC and House belongs to FOX. Also AMC fans in this story David does not know about his child with Amanda. House fans Cuddy is not with Lucas and doesn’t have Rachel. Sorry if this disappoints anyone I hope you will still read and enjoy the story. Reviews are love. Enjoy!

Dr. Lisa Cuddy sat in her office at eight o’clock Monday morning quietly reviewing over some notes and other paperwork. She was very anxious about seeing her newest employee...
continue reading...
3
"Someone New": Part Four
posted by rosehustle1
"Well, this place is a real dive." Ariel stated as she sat down at the booth.
"One of the best dives in Princeton." He sinabi as he sat across from her and lay his cane against the table.
She opened up a menu and began to scan for something to order. House merely watched her for a moment. He already knew what he was gonna get. The same thing he always gets when he comes here; chicken souvlaki platter, a beer, and bakalava for dessert.
"So, those test results you were picking up..."
She looked up at him with a challenge in her eyes.
"Am I gonna need to double bag it tonight?" He asked with his...
continue reading...
6
Part 18 (random huddy story)
posted by huddy_aimee
A/N again i felt in the mood to keep writing... :) so here's part 18...read, review and rate!!!


The weekend was uneventful for Lisa Cuddy who was in mourning. She had Nawawala something - someone - great and she didn't want what they had shared together to end.
Greg House, on the other hand, thought about this puzzle. He wanted to be with Lisa but he needed to find away around the board. His first option was marriage but he wasn't ready to be committed like that and he was sure Lisa wasn't, the segundo option was to not have a relationship at all and the third option was to have a secret relationship....
continue reading...
6
Part 8 (random huddy story)
posted by huddy_aimee
my magpabago are going to be alot slower from now on because I have run out of chapters to post and because I want to leave you guys hanging with this ending for a while... :) aren't I mean??? Any ways read and review...im not sure this is the best chappy I've written...but yeah...Oh and to those people who have been rating me four stars could you give me some ideas on how I could make that five stars??? :P


House woke up the susunod morning to a very girly snore susunod him and a rock of the boat. House had used his naviagtion and chart pagbaba skills to bring the yacht into a small, isolated inlet....
continue reading...
6
It's Boredom Time! Presenting: Mind Case. Starring: Chap 1 "The Psych"
posted by huddysmacked
This is just a fanfic I’ve been creating in my mind months nakaraan so... It will turn into huddy eventually.
A brunette 14-year old was lying in the hospital bed. She was studying the room and the people that passed by, she studied their thoughts. She wasn’t scared, she didn’t fear been sick. She preferred being at the hospital kama than in the convent.
Why would she be in a convent? She’s an orphan and she’s not miserable but she isn’t happy either. She’s quite a character.
She noticed a dye-blonde girl enter the room.
House’s pathetic. Why did he do that? And he doesn’t care for...
continue reading...
7
Nawawala WORD 1
posted by sarahuddy
Nawawala WORD- happy kiss

My name is Sara and I’m not English, so sorry if you don’t understand …. : D
WELL like every one I´M ADDICTED TO HOUSE… AND FINNALY I DECIDE TO WROTHE A MINI ARTICLE… I must say that I pag-ibig your articles.


Cuddy was in her office´s doing paperwork, she was boring. KNOCK KNOCK…
Cuddy: COME IN!!!! She sinabi not looking to the door
House: HI!!!
C: why did you knock!?!?!? You never knock!!! She sinabi surprise with his attitude.
H: well!! My MOMMY LISA told me that we need to knock the door before enter in a room! :D He sinabi with a childish tone
Cuddy laughs at him…
C:...
continue reading...
5
Prologue pages 31-32
posted by peoplesuck
Here are the susunod two pages of the prologue. As always, please review. =)

Cuddy sat at the plaintiffs mesa twirling a black hair-band between her fingers, the anxiety threatening to overtake her again. For the past two weeks she had been on the verge of snapping. She had not gotten madami than two hours of sleep a night and those two hours were filled with terrifying repetitions of what had happened to her. When she was awake she had to battle the flashbacks and anxiety. She had cleaned her house several times and organized all of her things. She had delved into her work as usual, but nothing...
continue reading... 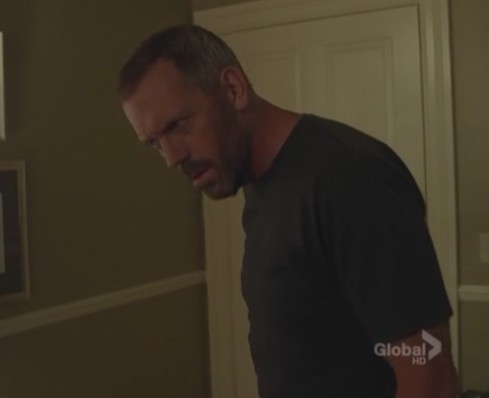 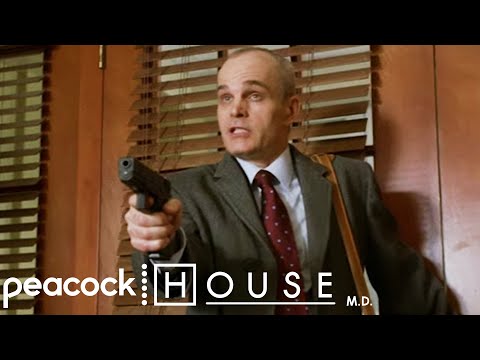 House-so why do I have to do the stupid tests again.....
Wilson-cause Cuddy sinabi so....
House-she's not my boss like that you know
Wilson-ya I know...but it still might be your kid...
House-so how are things with you and Liz...
Wilson-okay...why do you care...
House-I don't know....just making conversation...
Wilson-you NEVER just make conversation....
House-I really wanted to know if her and you were having sex still....
Wilson-why does that matter if we are or not....
House-so I take it your not....
Wilson-she doesn't want to get pregnant again...
House-you know there are things called...
continue reading...
More Cards
1234567891011