Found this listahan somewhere awhile nakaraan and I had posted it on my Facebook. I thought I'd share it here. :-]

100: Being a complete jerk to people all the time will make them like you, and sometimes, they will also fall in pag-ibig with you.

99: Vicodin will cure all wounds.

97: You should know all about your sperm donors before utilizing their sperm. You don't want your kid to be beaten up, after all.

96: Get a good alarm system and guard dog if you're going to be admitted into a certain Doctor House's care.

95: If you're a nurse and looking for spicing up your sex life, get a job in oncology.

94: Why read books when you can learn everything from TV?

93. It's NEVER the first diagnosis.

92. If you play your mga kaibigan right, you can borrow 5 grand over a year.

90. Ketamine is NOT a permanent cure for chronic leg pain.

89: Even if House doesn't want it, everyone around him wants to know everything about him.

88. Everyone in the House universe has a sixth sense and can read people way too good.

87. It will never again be Wilson's disease, but it will be mentioned again.

86. If you suggest Vasculitis enough, you'll start to sound smart.

84. Every minuto House and Wilson refuse to pag-ibig one another, another tuta cries another tear.

83. They don't call it the White House because of its paint job

78. If you need to figure out your problems, poison your pet rat.

77. According to Wilson, you'd be surprised what you can live with.

76. Wilson met someone who made him feel...funny, good.

73. Genius does have side effects.

69. If you should screw up a self-inflicted circumcision, House will ensure good surgeons will put that twinkie back in its wrapper.

66. EVERY living thing eats. Everything that eats, poops. That is why every living thing has a sanitation department.

65. You can't always get what you want

64. Watch out- cheese is the Devil's plaything.

63. House can be a jerk to people he hasn't slept with. He is that good.

62. Just because some one is attractive, in the House world, she is a whore.

60. Everybody should get an MRI.

58. When someone is in the hospital, it is guaranteed that their house is empty and you can sneak in.

57. If you're kahel and your wife doesn't notice, she's cheating on you.

56. House likes people who teach children that truth is good, and there is no God.

55. Once the reyna is on your money, you're British

54. Personal lubricant is NOT located on the store shelf susunod to the mani mantikilya

51. Use a cane. The vertical stripe is quite slimming.

50. Smugness is easier to maintain than great hair.

48. Drooling might be a symptom of Chase wearing his short shorts

47. If your colleague thinks she has HIV, she might invite you over for sex under the influence...

45. If you can't roll a joint, ask your oncologist for help

43. If you spend half a taon trying to convince an ex that she should dump her husband for you, the minuto that she likes you back, you will lose interest.

42. Something bad is about to happen only if you hear dramatic music.

40. The white board can't be used sa pamamagitan ng black people, that's why it is called "the whiteboard".

39. Wilson can't just keep asking his patients to wait because Cameron's boss won't let her come out and play.

38. You'll go into custody if you don't get on a plane with your checked-in bagage.

37. Carrying a radioactive "keychain" will give you a dose of poisoning equivalent to 70 THOUSAND x-rays. Will also give your best friend a rash.

36. When you order a reuben for House, make sure there are NO pickles.

35. If you want a obstinate patient to take medicine, tell them it's the same one prescribed to "Republicans".

34. You and your daughter will never look like twins; get her the damn ice-cream cake for her birthday!!!

32. If you see a stethoscope hanging from House's door, he's having sex.

31. And it doesn't have to be with another person.

30. Whoever came up with Buprenorphine to wear off Vicodine should be shot the stabbed in the eye.

27. Forcing someone to have a conversation with you is "raping them, in a non-invasive, madami annoying than traumatic way."

26. If you get rid of a dog, it's becuase you're planning to dump your girlfriend.

25. House would do Wilson AFTER Cameron does Chase

24. Wilson's not on anti-depressants, he's on speeeeeed.

23. According to Wilson, House fell on his head when he was a child.

21. House would consider low-rider jeans on Cameron both attention grabbing and "hot".

20. Having a criminal record and/or being hot are good ways of being hired sa pamamagitan ng House

19. If you have a cane you can get away with ANYTHING!

18. House is the only one allowed to play with the markers.

16. If one of your team rats you out to a power hungry Board chairman don't apoy them... Torture is much madami fun!

15. Canes are better than puppies!

13. People used to have madami respect for cripples you know.

11. House hasn't been on a petsa since Disco died.

10. According to House and Wilson, it's Bros before Hoes.

8. Leather jackets make you warm *AND* cool. How do they know?

7. When the Inuit go fishing, they don't look for fish. (They look for the blue heron)

5. Asking a girl her "Dreams, Hopes, and Aspirations" is a DEFINITE panty-peeler!!!

4. If your boss takes away your parking space, throw a tantrum and spend a week in a wheelchair to make your point.

3. You can call Karl in book keeping "Kevin" because it's a secret friendship club name.

2. You can see music when tripping on LSD.

1. He is a mistanthropic, miserable, antisocial, sexist, bigoted, depressed, pill popping, motorcycle riding, selfish ass. But would you trust anyone else with your life?

lennon246, HousesCane and 42 others like this
ApplePie1890 hahaha super funny !!!! props :D
Dutch_House_Fan haha that was really funny!! ^^
thutha_13 cool!! luv it!!
Yukari12 funny :) btw since when do we have smiley icons??
mrshouse62689 The emotes popped up last night (well, last night for me...I guess it was about 14 hours ago?).
yunioshi that was GREAT!!! but i would have preferred a different order, just my opinion!
pure_rebellion Lol.I saw this on one of the Forums :P haha Halarious!!
RP_Puzzle LOL HOLY CRAP THIS IS GOLD! I wonder who wrote it. Yeah I would've preferred a different order too.
Hilson Amazing!
Fabouluz LOVE IT!!! :DD xoxo
clois222222 this so amazing, my favorite one is 27 he is so right, i hate when people, who don't know(in wathingrooms for example) they start to talk u just to forse into an annyiong conversation about their day to day boring lives.
carusoluv54 Hilarious..loooove it! 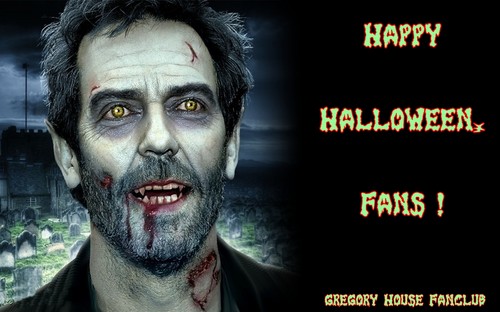 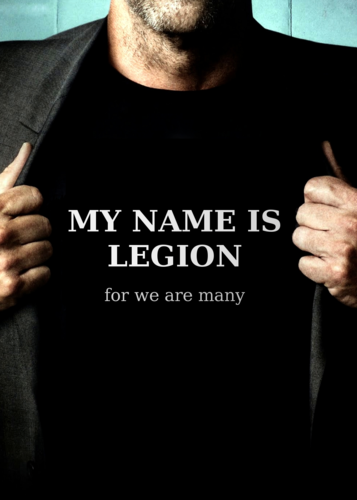 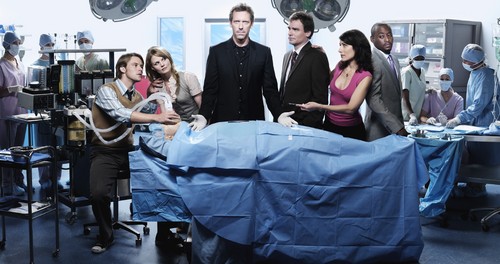 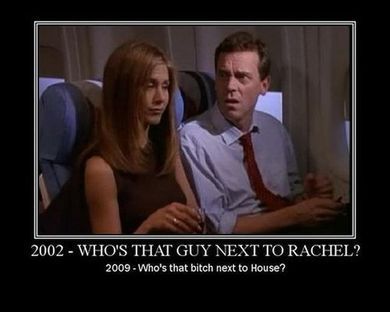 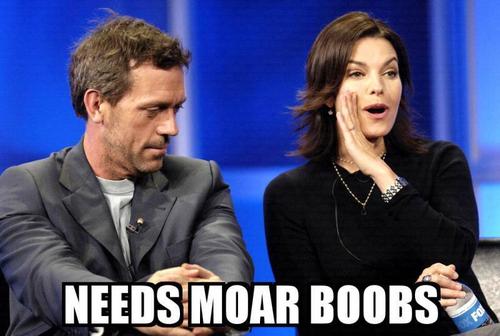 21
Graphics Contest/Round One/Pain
added by misanthrope86
Source: soro and me! 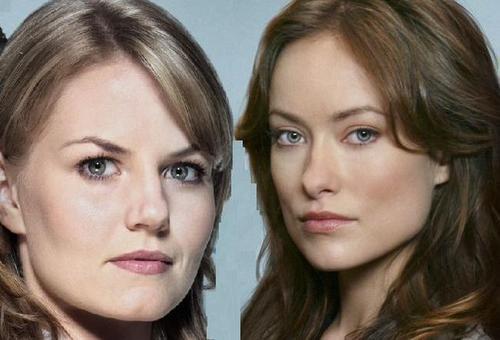 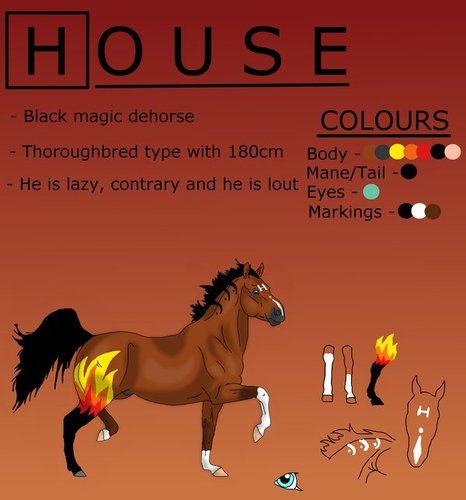 10
The House MD cast as horses
added by elenita_93
Source: noblestallion in Deviantart 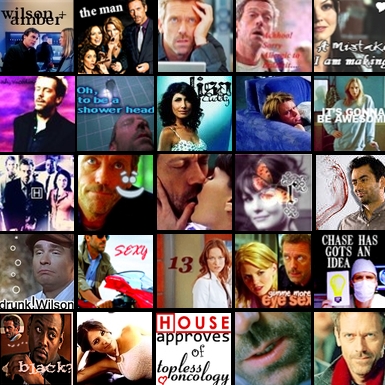 2
"Is there a light somewhere...
added by misanthrope86
Source: Me! 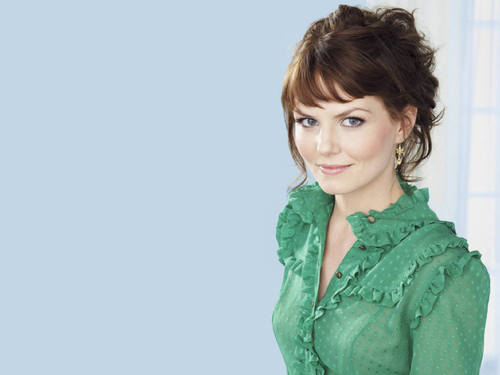 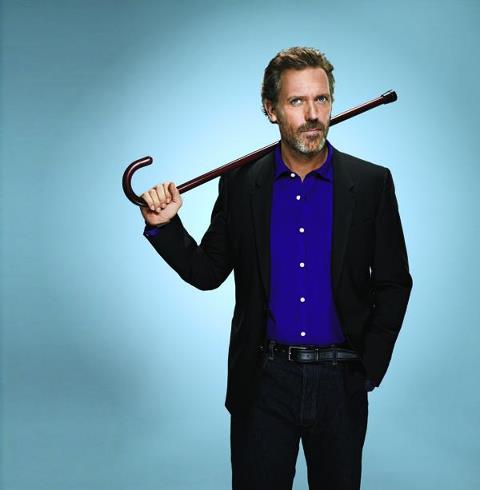 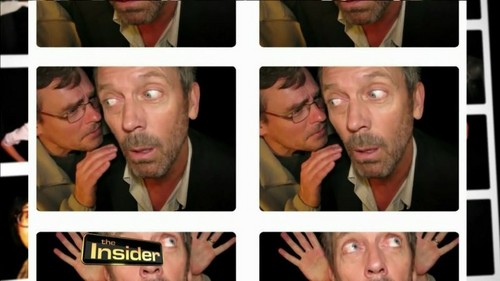 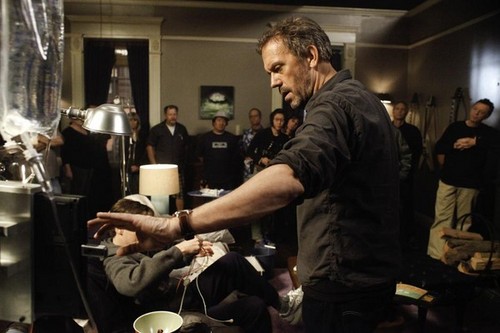 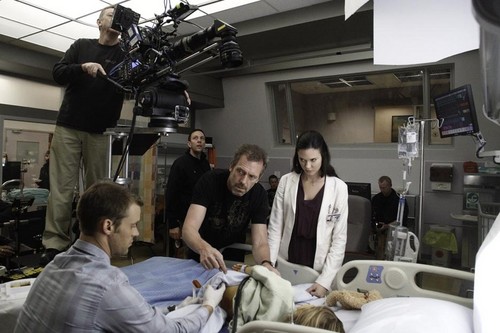