27
The Future Belongs to The Junos
posted by Nique
A note from the author: I wrote this paper for an assignment. I really enjoyed Pagsulat this essay and I hope you enjoy pagbaba it.


I believe that Juno will influence the portrayal of women of the films we’ll see in the susunod decade because of the intelligence and honesty that it gives to its female characters and the resonance that this movie has had with the current and upcoming movie making generation. We live in world where kids grow up too fast, men don’t grow up fast enough and women still fight the epic battle between career and family sa pamamagitan ng themselves, even when they’re married. Juno examines these truths that color the modern reality and the way the some women navigate through it. Diablo Cody, the writer of Juno, has her own well-publicized past that seems to have granted her the freedom to look at womanhood and sexuality without shame, but as simply apart of life. Being unashamed about teenage sexuality allows Diablo’s characters to deal with Juno’s pregnancy in a practical, mature way. The women in this movie, all at different stages in their lives, create a picture of the different ways a woman can express herself and handle a situation practically and honestly without giving up her emotional truth or empathy.


With its awards and critical acclaim, Hollywood will be making Juno copies for at least another five years, but I believe that Juno will last much longer than its craze. I believe that it has hit a niche market that has been under-served for many years; the same market that helped “Gilmore Girls” last for seven seasons. An artikulo sa pamamagitan ng The Boston Globe sinabi that “‘Juno’ serves cool, intelligent girls something they rarely see in a movie: themselves,” apparently so much so that, “A "Juno" is now a genre of sardonic high school girl.” “After years of being served mostly bland good girls and ciphers — from Molly Ringwald in the '80s to Alicia Silverstone in the '90s to Lindsay Lohan in the '00s — teenage girls are clearly starving for a female antihero,” according to Entertainment Weekly and Juno delivers.


Young girls are smart beyond their years in many areas of life, but not necessarily wise, Juno as a character explores this contradiction. The young women who Juno represents are the girls who heard the pagkatapos ng paaralan specials about the horror of sex as well as the over-sexualization of Britney Spears and have determined that everyone is full of shit. The sardonic attitude is the reaction to being smart enough to not believe what everyone says, but finding little or no alternative; the combination of too much knowledge and not enough. In the information age where a girl typically hits puberty at 10 years old, Juno is heroine for the ages because she makes mistakes, uncovers falsehoods about life, and grows up too fast and just right at the same time.


Many mothers in stories about teenagers and teen pregnancy are portrayed as out-of-touch, image-concerned judges who do not understand or trust their children. In Juno’s world, Bren Mac Guff, Juno’s stepmother, plays a reliable, honest, trustworthy adult whose primary concern is Juno’s mental and physical health. She doesn’t give Juno any guilt or shame, but deals with the situation at hand. Bren Mac Guff is a heroine in her own right because she takes care of and staunchly defends a child who is not her own. The image of an independent woman who has a good relationship with both her husband and her children is pretty powerful especially when seen through the eyes of teenager in crisis. Bren Mac Guff represents the kind of support and role model girls need as they grow up, but don’t often get.


Vanessa, the woman who wants to adopt Juno’s baby, is a woman of the new millennium. The type A personality who has had her life set out before her since she was two. She has a successful career, a husband and a beautiful suburban life that is very sterile. Vanessa is, in essence, living the dream except for the fact that she is not a mother. Many women who have focused on their education and their careers come to a crossroads around their late 20’s to early 30’s about the fact that they have no children and fill like they have somehow failed at being a woman in that respect. Vanessa represents that drive to succeed as well as a woman who is madami mature than the man she married.


One of the things that make the character of Vanessa interesting as a woman is what she doesn’t do. When Juno and her husband are caught in a compromising position, she doesn’t automatically blame Juno for whatever is going on. Instead she gets down to the root of the situation and the crisis within her own marriage. It’s an unexpected reaction that gives credit to the maturity of character as she does not try to compete for her husband’s affection. A smart character who balances the drive to succeed in the corporate world as well as the drive to be a mother, Vanessa is an example of a modern woman who, while she would prefer not to, is ultimately able to handle this world and her baby sa pamamagitan ng herself.


In an artikulo sa pamamagitan ng Entertainment Weekly, Diablo Cody stated that ''There was a lack of authentic teen girl characters.... I saw Pagsulat this screenplay as an opportunity to create an iconic female, I think women are often positioned as a support structure for men, and that's certainly not been my experience. Some women want to be heroes!'' The continued box office success of Juno as well as its multiple awards have almost guaranteed it a place in the film canon. Juno’s female characters sends the message that a woman can be smart, funny and weird and get what she wants while still being smart, funny and weird. In this movie, everything is ultimate Juno’s decision and that’s empowering for young girls and women. In the end both Juno and Vanessa are capable of taking control of their lives and make a mature decision as mothers. It’s the women who have to deal with the reality of pregnancy and ultimately find a workable solution. Between in the pantasiya of love, marriage and children and the reality of unexpected consequences, immature adults, jaded teenagers, Juno shows a hopeful dream that there can be happiness, albeit abnormal, for independent thinkers with two “X” chromosomes, a belief I think Hollywood and America in general needs to take madami seriously.


link
bizbach, IsabellaMCullen and 25 others like this
nosemuffin What I can read I'm really enjoying. For some reason, the text is getting cut off for me on the right side. Does anyone know why that might be?
marissa Same with me. But I agree with what I can see. Viva the Junos of the world! :)
ineedcoffee is there any way we can read this article in its original form and also rate it it seems what I managed to gleen a wonderful article....:)
papa There was a problem with the url formatting at the bottom of the story. I've taken the liberty of fixing it. Hope you don't mind Nique...
Nique Not at all. I had that problem too so I'm definitely glad you fixed it.
DarkSarcasm Very nice, Nique. =)
jamislife i agree with you nique... great soapbox! juno may be my all time favorite movie!!
nosemuffin Thanks Papa, I can read it now! =D
nosemuffin OK, now that I've read it, it's fantastic. I love how you noted that the female characters are honest and practical without giving up their empathy. I also loved your analysis of Vanessa.
_lina_ Great article! Really enjoyed it, it was really insightful.
ineedcoffee Thanks, very well written, I really liked it. I hope you get a good mark on it...:)
amazondebs although i have expressed elsewhere my dislike for this film and i disagree with a few points, it was very well written i think you definitely deserve a top mark for it (i'm not one of them fans that hangs around on spots they don't like, i saw this because it was a featured article, so well done also for having your first article a featured one)
edennirvana Love it! Great article, Nique!
peterclaire Nice paper. It really summarizes all the points presented in the film. So far, this paper is the best paper I have read. Maybe because I don't read much.:) But I really enjoyed reading every word of it. Thanks for posting! It is a pleasure to read this kind of work. -I am not a Juno fan before coz I have watched the Korean "Jenny and Juno" first, and I thought they just based the story from that. But thank you for these works/articles. I am really moved and I have changed a lot. Just sharing. Thanks so much!-
arrowone this movie makes smart girls look stupid and of the unfortunate results of juno, the worst of all is a film with fake motifs and subtext and depth like the stupid chair and dialogue with no transitions. the reason juno sold was because it catered to the crowd that doesn't support abortions by showing them a screenplay that was so clumsy it made a) them feel like they could have written juno if they tried or b) a salute to the idea that a seemless, well-crafted screenplay is the work of talents unattainable by themselves. It was an abstistence church trying to hook teenagers on abstitence the only way they knew best which was to take a 1993 image of an alternative dork (the closest thing to cool that ever entered their youth group) and figuring out how they would sell absistence on her -- hey! Let's have her decline the abortion because it's a drag man to sit in that office and chill, dude, it cool man i just can't sit around dude I'll let this important decision go the harder way 'cause I can't stand the smell of an office homeskillet. 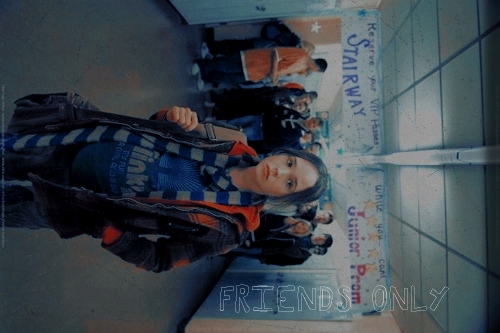 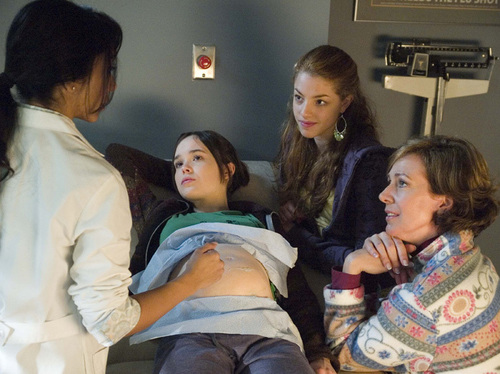 16
Song From JUNO: Anyone Else But You
added by Shandiii
A very cute song sung sa pamamagitan ng Juno's Ellen Page and Michael Cera.
video
juno
music video
ellen page
michael cera
4
why juno was released
posted by arrowone
hi all. ain't it great we can finally have opinions about things again now that we swept that white trash palumpong administration out the door? Trying to tell a bunch of saddened people they're not criminals for having opinions like we weren't crushed over 9/11 too. And that's why Diablo Cody is a genius. She probably had Juno finished for the longest time and nobody wanted to buy it until she watched enough soro News and such and realized that "hey...maybe my protagonist should KEEP the baby." She started to do what all starving script writers have done during the wifebeater palumpong years -- ask themselves...
continue reading... 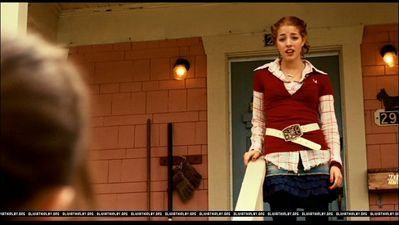 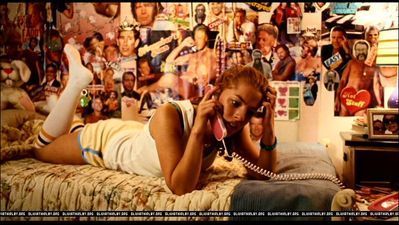 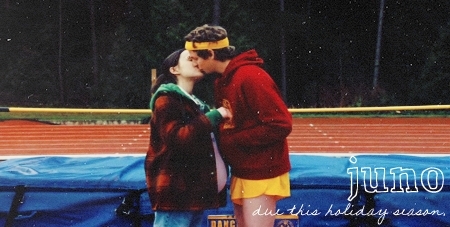 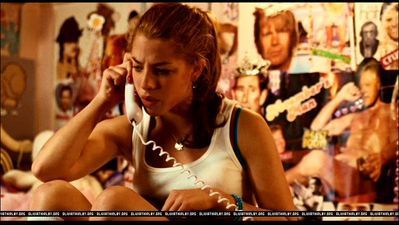 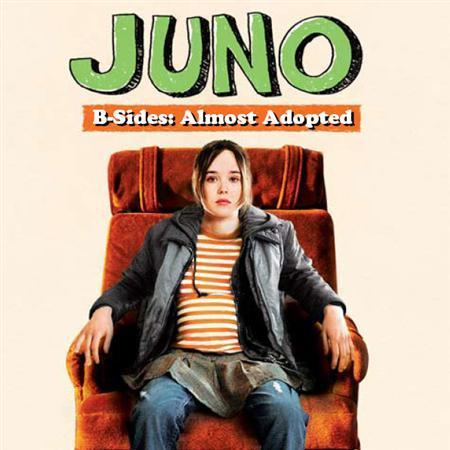 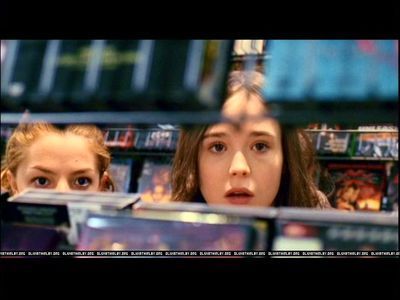 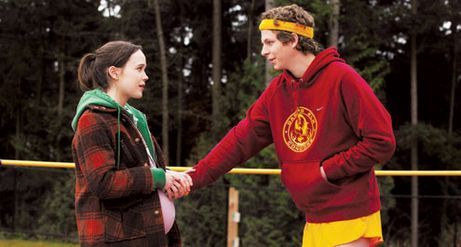