Kakashi Anbu Chronicles: The Rogues of the Sand
posted by AlexWhittier
Kakashi and Yugao leapt from roof tuktok to roof tuktok silently through the night. Kakashi looked over at Yugao and asked, “So what is our mission?”

Yugao was annoyed sa pamamagitan ng that question. “You would know if you weren’t late,” she said, “What kept you anyway?”

“A ghost of a cat came to me and told me to feed its litter of mga kuting with fresh milk,” Kakashi explained.

“You so made that up,” Yugao said, “Anyway the mission is to eliminate a dangerous weapons dealer. He is going to be selling weapons to the Land of Lightning. He is believed to be guarded sa pamamagitan ng two rogue sand shinobi.”

Meanwhile the weapons dealer was sitting in his tent with his two body guards, Sasori and Hiruko, in a forest near the border of the Land of Lightning. Hiruko was hunched over, blushing slightly as he was pagbaba a copy of Icha Icha Paradise. Sasori was screwing in the arm of his newest puppet. The dealer looked around nervously and said, “You guys could look a little madami alert you know. I am paying you to protect me.”

Sasori attached strings to his new puppet and a blade emerged from its left wrist and held it up to the dealer’s throat. “You complain too much,” Sasori said, “Maybe I should cut out your vocal chords. It would make you madami tolerable.”

A drop of sweat went down the dealer’s forehead. “I’m sorry guys,” he said.

“Much better,” Sasori said. He looked over at Hiruko who was chuckling from pagbaba his book. Sasori slapped Hiruko upside the head with his puppet. “You need a madami constructive hobby,” Sasori said.

Hiruko walked out of the tent and stood outside. He looked back to see if Sasori was watching and took his book out and started pagbaba it again. Kakashi threw three kunai that landed into Hiruko’s stomach. Suddenly Hiruko’s body dissolved into sand. Sasori and the dealer rushed out the back of the tent.

Kakashi and Yugao jumped out to follow them as the real Hiruko appeared. Hiruko made some hand seals and said, “Wind Style: Sandstorm.” Hiruko blew out a massive ulap of sand keeping Yugao and Kakashi from seeing where Sasori and the dealer went. Hiruko bit his thumb and used the blood in a summoning jutsu that brought forth a giant scorpion. The scorpion’s tail then struck Kakashi and Yugao.

Yugao and Kakashi then vanished, revealed to be shadow clones. The real Kakashi then emerged from the ground beneath the alakdan with his hand glowing bright blue. Kakashi shouted, “Chidori,” as his hand cut the alakdan in two.

Hiruko noticed Yugao was missing. “Your friend won’t stand a chance against Sasori,” Hiruko claimed, “Though you look like you could be a good workout for me.” Hiruko then made some hand seals and said, “Wind Style: Great Breakthrough.” Hiruko shot a blast of wind from his mouth blowing Kakashi back a great distance. Kakashi stabbed a shuriken into a puno and held onto it to stop from falling back any further. Hiruko pulled his sleeve up revealing a device on his arm as Kakashi removed his Anbu mask and opened his Sharingan eye.

Hiruko launched the cylindrical device on his arm and several needles shot out of it at Kakashi. Using the Sharingan, Kakashi effortlessly dodged each and every needle as he charged up another Chidori as he moved towards Hiruko. He thrust the Chidori through Hiruko’s chest and killed him.

Meanwhile Yugao caught up with Sasori and the dealer. Sasori’s puppet had blades emerged from each of its wrists . Yugao blocked each strikes of the blades with her sword. The puppet then opened its mouth and released a ulap of poisonous gas. Yugao leapt up into the air and sliced the puppet in two from behind as she landed.

“Your swordsmanship is impressive,” Sasori said, “I think I’ll ipakita you my specialty.” Sasori pulled out a scroll and slightly unrolled it. Suddenly in a ulap of smoke appeared the Third Kazekage puppet. Suddenly the dealer made a loud grunting noise and fell down. Sasori looked to see the kunai in the dealer’s back. He looked back at Yugao, who had already fled. Sasori put the Third Kazekage away. “Another time then,” he said. Sasori walked back to where Hiruko was laying on the ground dead. “It would be a shame to let his body go to waste,” Sasori said, “I think I’ll add you to my collection Hiruko.”

Meanwhile Yugao continued on back to the village susunod to Kakashi. She asked, “So what kept you this time Kakashi?”

Kakashi held up Hiruko’s copy of Icha Icha Paradise. “I was pagbaba that guy’s book to see if it contained any information,” Kakashi explained, “I got something better though. The greatest novel of our time. I Nawawala track of time pagbaba it.” 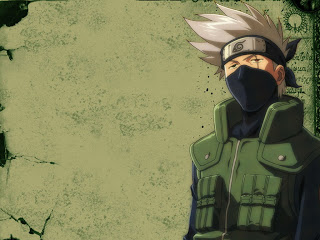 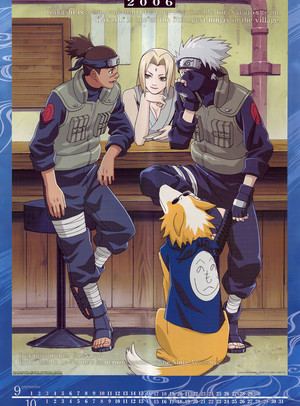 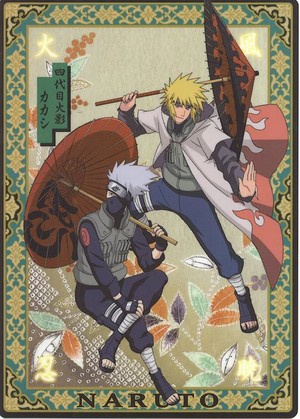 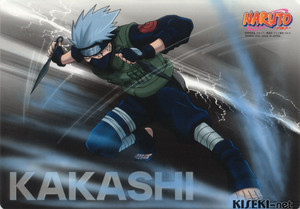 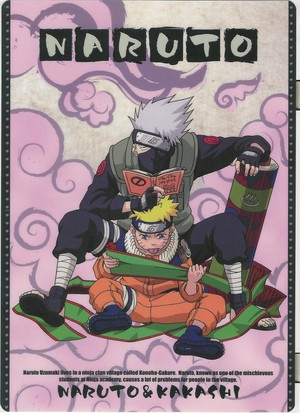 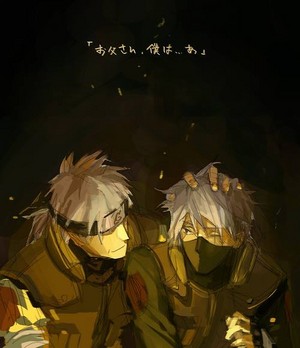 2
Father and Son
added by EgoMouse
Source: found this on Facebook 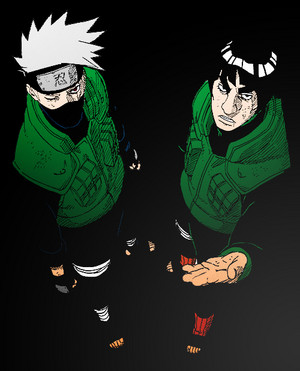 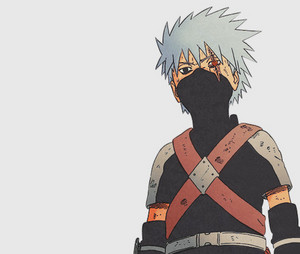 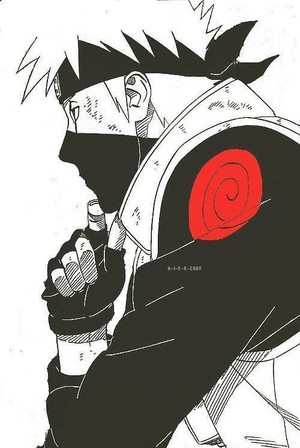 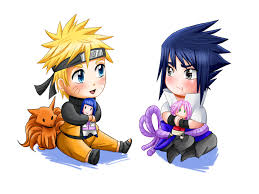 Naruto and Sasuke
added by NarutoFan46 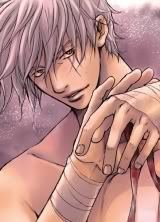 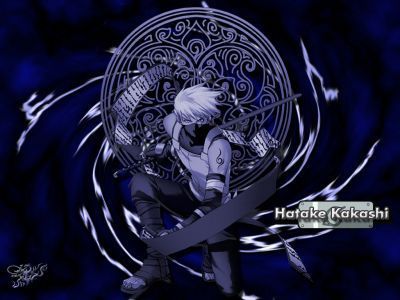 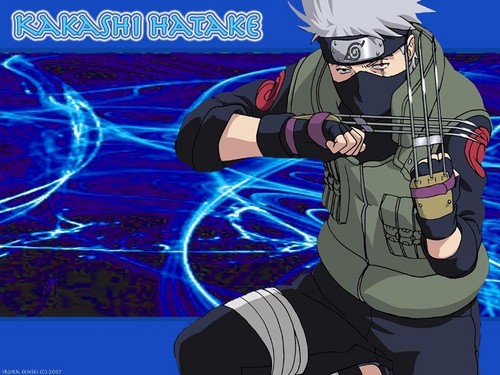 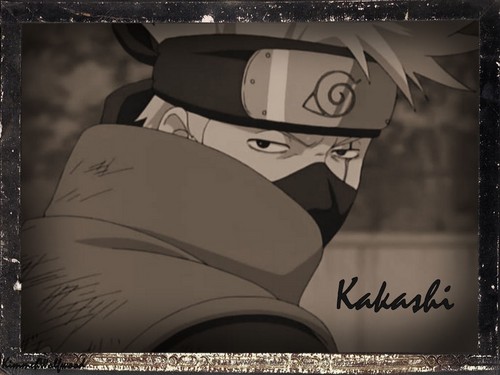 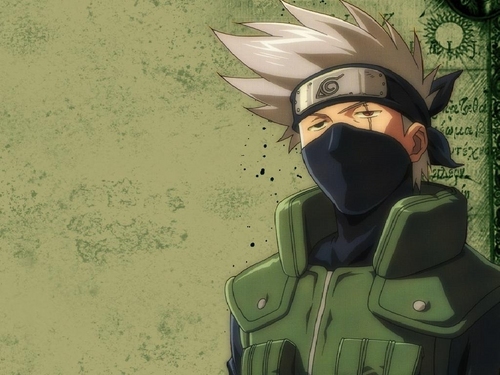 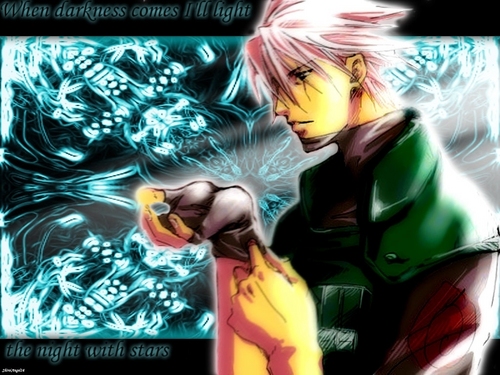