Michael Jackson What would you do if U were Stuck on an island with MJ ?

Let's see. If we're stuck on an island it would be an interesting experience for the both of us. He would protect me from the sharks while teaching me how to swim, and I would do the hunting and the cooking while he's resting. At night, we'd take moonlight swims in the ocean when no one is around. 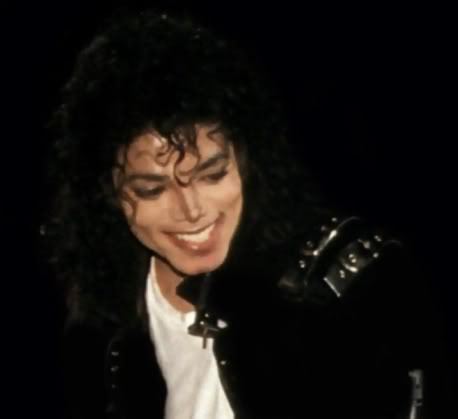 Have fun, in MJ style, with a food fight! In this case, that means throwing coconuts at each other!!! Ouch!!! And explore the island ... and him!!! ;) 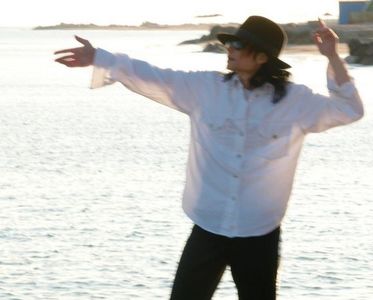 ok i have been watching all these documentaries with being stuck on an island and stuff and i learned that its not like on and cartoons and stuff but its pure hell... so i wouldnt wanna do that to MJ :P but if it was a good dream island it would be different :) we would have such a great time. we would explore the island, spend time together just talk about stuff and if we got hungry we would have to eat fruit cause i dont wanna hunt or fish or kill any animal at all and i know Michael would never do that either. and then when the sun starts to set we would go for a swim and make a fire and just enjoy the magical time we spend together. then we would go back to our place and make sweet love til the break of dawn ♥♥♥♥♥♥ then we would just lay there holding each other tight and watch the sunrise. it would be so romantic and would never ever wanna leave. sorry if i drifted off :P i think i just started daydreaming xD

@chokladen94 - Mhm, you're right... we'd have had to crack the coconuts at first... then I'd make myself a coconut-bra out of the nutshells, just like the ones the girls from MJ's visit to Hawaii wore (MJ looked so happy, the grin on his face... lol!!!)! I'd also wear one of those grass hula skirts, and then I'd dance for him!!! I don't know if he had laughed or cried... I'm such a lousy dancer! Lol!!! Hee hee!!! =D 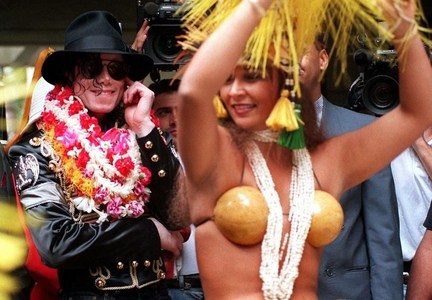 @chokladen - No wonder he's embarrased, with all those tempting coconuts dancing around him ... He wants some, but is too shy to ask, poor guy!!!

Have fun and enjoy the time away from life of stress and all that shit and maybe even go skinny dippen LOLz!!!!!!!!!who wouldnt want to go skinny dipping wit michael :P

@RocknBassplyr - I'd LOVE to do that!!! Lol!!! Did you know that MJ actually liked to go skinny dipping??? He did when he visited Jane Fonda at her holiday resort, and I've also heard that the same thing happened when he visited the Playboy mansion with Tatum!!! =D Way to go, Mike!!! Lol!!!

@Vespera really is that true?? :O but he's so shy!! holy sh*t Michael! xD where did you hear that? could you tell us more about it?

@chokladen94 - Lol... yes, it's true!!! =D It's hard to believe, but here's one of the interviews with Jane Fonda where she confirmes it:

Jimmy Kimmel: I wanted to ask you, this is a little off topic, but I was told, that you at one time, went skinny dipping with Michael Jackson.
Jane Fonda: I did, yes.
Jimmy: What kind of crazy pool was that. (laughing) How did this happen and when did this happen?
Jane: Well, Michael was a friend of mine and he’d done me a bunch of favors and he called me and I did him a favor. I was making "On Golden Pond" and he wanted to come up and watch us all act. He wanted to become a movie actor. He’d just done "The Wiz". So he came up and he lived with me. My family had gone back to LA and he stayed with me and we went… skinny dipping.
Jimmy: Whose idea was that?
Jane: … I don’t remember. (audience laugh, Jane laughs) It was an old moon out, I couldn’t really see, he just disappeared into the darkness. I couldn’t really…
Jimmy: He turns into a wolf sometimes in the darkness you have to be careful. So at that time was like, before, it was after he made The Wiz…
Jane: It was before he made the changes to his face. He was SO cute.
Jimmy: He was like twenty years old?
Jane: No, he was older than that. I think he’d done… but he still had that adorable face of his. He hadn’t done the Thriller.
Jimmy: So the two of you were like together naked in a pool together?
Jane: In Swan Lake, New Hampshire.
Jimmy: In New Hampshire.
Jane: Yeah.

And then there was that incident with Tatum in the grotto of the Playboy Mansion's swimming pool! Michael claimed they had swimming suits on, but the mansion insiders said they were indeed skinny-dipping!!! Hee hee!!! ;)

sa loob ng isang taon na ang nakalipas MJ_4life said…
Hmmmmmm I'm a girl have a crush on MJ would do anything for that chance to be with him alone.....well I'd really want to do some stuff. And the other stuff would be him teaching me how to dance and sing. Go swimming. And get messy in the sand. the list goes on....and on.... 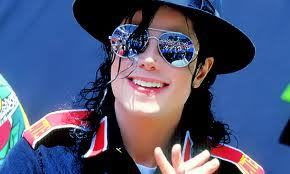