3
reyna Chrysalis Takes Over Equestria(pt. 2)
posted by xFluttershyx
-In Ponyville, with Nashgear's Team-
"I see Twilight", sinabi Smiley. Everypony ran to who they thought was Twilight, but was actually a changeling. "Are you okay, Twilight?"

"I just defeated the changelings that were holding me captive in my house. I'm fine now, but we have to find my friends."

"Who's going to look for Fluttershy", asked Twilight Sparkle.

"We will after we find Rarity."

-With Bluehooves's Team-
Everypony made it to the entrance of the Everfree forest.

"Twilight and her mga kaibigan are in here", sinabi Destiny.

"Let's just get in and get out", sinabi Nightlife.

"Come on, everypony", sinabi Bluehooves as he ran inside.

Everypony, except Terra, followed. "I'll just stay here", she said. Bayonetta came back a dragged Terra in the Everfree forest. "NO", screamed Terra as she was dragged in.

-With Twilight and Nashgear-
Once they reached Rarity's boutique, Twilight opened the door with her magic. "Rarity, are you in here?"

"Back, you ugly creatures", exclaimed Rarity as she fought off the few changelings that surrounded her.

Twilight blasted the changelings with her horn until they fell unconscious. "Are you okay, Rarity?"

They ran to Fluttershy's cottage.

-With Smiley and Constance-
Smiley was hopping circles around Constance as they walked to Pinkie Pie's house.

"For the pag-ibig of Celestia, would you quit hopping around? You're making me dizzy", sinabi Constance.

"Oh, sorry", sinabi Smiley. "I'm just excited about going to Pinkie's house. This whole experience has been exciting, actually. Hey, remember when you sinabi you've met tinapay funnier than me and I asked if you met Mr. Wheaty too? Wasn't that funny?"

"Let's go inside!" Smiley hopped up to front door and knocked, but as she did the door opened on its own. "Um..."

"Come on", sinabi Constance as she walked past Smiley and into the house. Smiley followed her.

-With Vanilla Twilight and Oddity-
They both flew up to bahaghari Dash's house. Oddity knocks. "Are you in, Dash?"

"Hi-ya! Take that! And that", exclaimed bahaghari Dash on the inside of her house. She then opened the door. "Hey, guys."

"Are you okay", asked Vanilla Twilight.

"We should go back to the center of Ponyville now", sinabi Oddity.

-With Pheninox and Amber-
Once they reached Sweet mansanas Acres, they saw applejack bucking the few changelings that surrounded her. applejack saw them and ran to meet them. "Everything's fine, sugar cubes", sinabi Applejack.

"We should get back to the center of Ponyville", sinabi Amber.

Applejack, Pheninox, and Amber ran off.

-With Bluehooves's Team-
As they all walked deeper into the forest, the madami darker it got. Terra was shaking. "I don't wanna be here anymore..."

"We have to find Twilight and her friends, so suck it up", sinabi Sirenty.

"It's going to be okay", sinabi Destiny.

"I'm sure of it." All of a sudden a Manticore came out of nowhere. "Or maybe not."

-Oddity and Smiley-
Constance said, "You in here, Pinkie?"

"Come on, we should get back to the meeting point", sinabi Constance.

"Okey dokey lokey", sinabi Pinkie as she hopped after Constance and Smiley outside her house.

-With Bluehooves's Team-
Bluehooves was about to charge at when he heard a little voice say, "STOP!" It was Fluttershy.

"He was just ipinapakita us the way out of here", sinabi Fluttershy. "He wasn't going to hurt you. Isn't that right, sweetie?" The Manticore licked Fluttershy.

Destiny said, "My senses were right!"

"Now that we found you guys, we can go defeat reyna Chrysalis", exclaimed Bluehooves excitedly.

Just then madami than a hundred changelings surrounded everypony.

-With Nashgear, Rarity, and Twilight Sparkle-
Once the reached Fluttershy's cottage, Twilight used her magic to open the door. They saw Fluttershy cowering in fear with a few changelings around her. Twilight blasted magic beams until she knocked all the changelings unconscious and away from Fluttershy.

"I am now. Thanks, everypony."

Nashgear said, "We have to get back to the meeting place."

Everypony ran out of Fluttershy's cottage and back to the meeting place.

Once there, Nashgear made sure everypony was there as well. "Great! Everypony's here. Now let's get to Canterlot and take down reyna Chrysalis!"

"Actually", sinabi Twilight. "We have another thing in mind."

...to be continued...
tailsfan111, spongefan612 and 1 other like this
smartone123 Terra:*gets dragged in* "NOOO!" XD
xFluttershyx :D
RocksLikePie Ya got a bit more speaking parts and Sirenity was mean but nice at some times just like her personality mean and nice
xFluttershyx Oh, okay.
RocksLikePie :3
minniemandy1fan Woah that was awesome! I hope in the next chapter my pony character will have some lines! and also are the mane six we found more changelings or the real ones?
RocksLikePie ^ Changeling
smartone123 ha XD
minniemandy1fan @ x fluttershyx I finally got my characters picture up in your question thing
xFluttershyx I saw it.
darkling_menace my character had no personality, just like me in real life!
xFluttershyx So is that a good thing? Or...
darkling_menace i dont know, im just glad i have a character in a fanfiction
VideoGameNerd This is great! You're doing Vanilla almost perfectly!!
xFluttershyx @darkling_menace Okay. @VideoGameNerd Thank you!
minniemandy1fan Hope the next one will come out soon. I want more lines!
xFluttershyx It will. And okay.
spongefan612 I had no idea these already came out xD. At least I can read them now! It fits that I was excited to see Pinkie though she was a changeling. Yes. My character fits perfectly. C:
1
Cupcakes (My version)
posted by mariofan14
It was a nice araw in the town of Ponyville, and as we now go into the bakery, Sugarcube Corner, Pinkie Pie is getting ready to make some good cupcakes. All she needs is one helper to do the job. She can't make them herself this time, though she has a few times.

Just then, bahaghari Dash came in to see if Pinkie Pie needed assistance. "Sure, Dashie!" sinabi Pinks. "Why not help me make some cupcakes? These are going to be great!" Then the two make some cupcakes as great as they could.

Then, after all of the cupcakes were done, Pinkie offered one to bahaghari Dash. As soon as Dashie took a bite out of...
continue reading...
2
*SPOILERS* Season 3 Song Lyrics
posted by shadirby
This is from Spike and Twilight's duet which can be found here: link

Oh, I've taken my share of licks
I've made it through the thin and thick
But no, I wasn't (no she wasn't)
Oh no I wasn't (oh no she wasn't)
No I wasn't prepared for this
1
Pinkie Pie
posted by StarWarsFan7
Pinkie Pie is an outgoing, energetic parang buriko who loves sweets and often speaks and acts in non sequiturs. She has a fondness of parties and a tendency to throw them on a whim. Pinkie Pie plays many instruments and frequently breaks out into song. She also tends to skip rather than walk like most earth ponies. She is often not taken seriously even sa pamamagitan ng her closest friends, who call her out on her seemingly illogical behavior in Swarm of the Century, among other instances. She is almost always excited, and manages to keep her excitement after winning thirty-five consecutive games of tic-tac-toe against...
continue reading...
2
Insane About Ponies
posted by BillyTheShark
My Little Pony:Friendship is Magic. How did we all come to this? It makes no sense for so many level-headed people to suddenly become obsessed with ponies. T-shirts, toys, fanart, computer games--people are really getting into this. Think back a few years. What would you think if I told you that you would be a huge tagahanga of the new My Little parang buriko cartoon? It sounds insane, yet here we are.

Everyone needs something happy and feel-good, you have to admit it. Most entertainment today is tainted with sadness, darkness, and what-not. People might make fun of us for watching a children's show, but they're...
continue reading...
2
My paborito Ponies In Order (original 6)
posted by fuzzykitten123
uy fillies, bronies...I'm here to say my paborito ponies and WHY they're my faves! I'm only using the main 6 (shouldn't of sinabi original :P), sadly, but if Derpy gets included madami and other crap, then yes, I'll add her and stuff. :) Okay, first, it's Pinkie Pie:

First of all, she was my paborito as a kid. I loved her A LOT!! In the series she super walang tiyak na layunin and hilarious. I think she has got a good personality, being happy and positive all the time! I esspecially pag-ibig how she can be childish sometimes, or go crazier than usual. (her derped eyes in Party For One!) 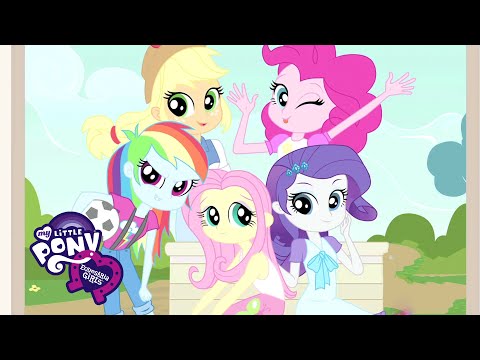 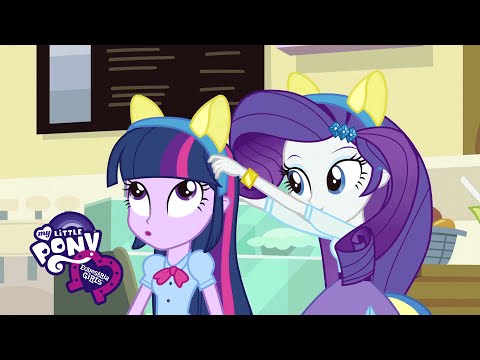 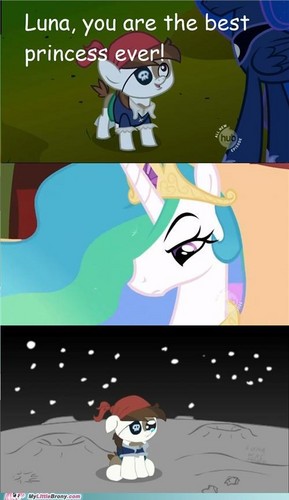 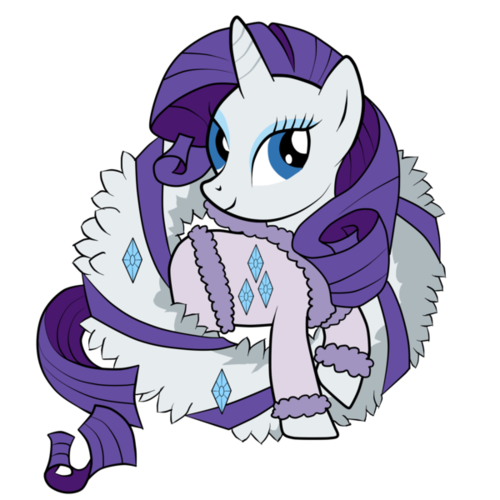 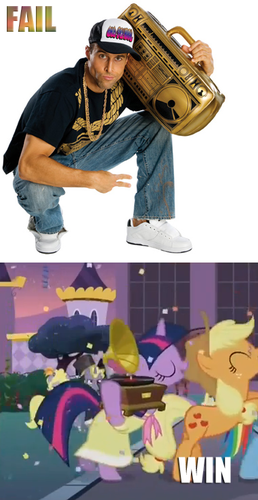 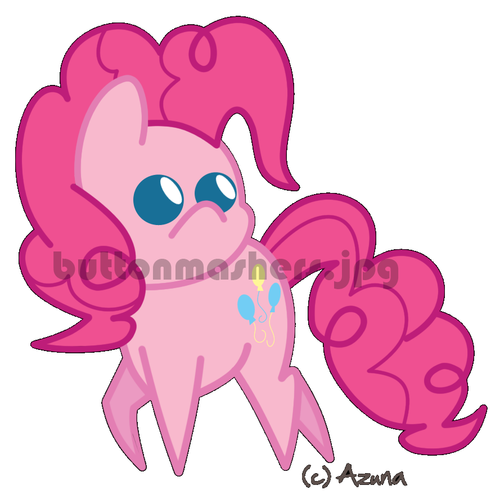 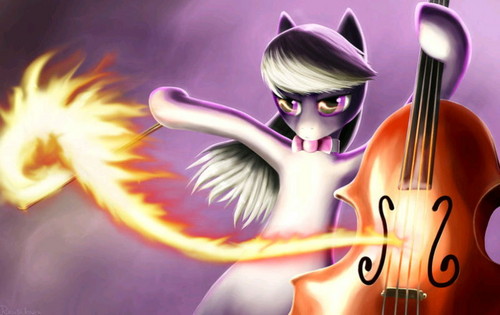 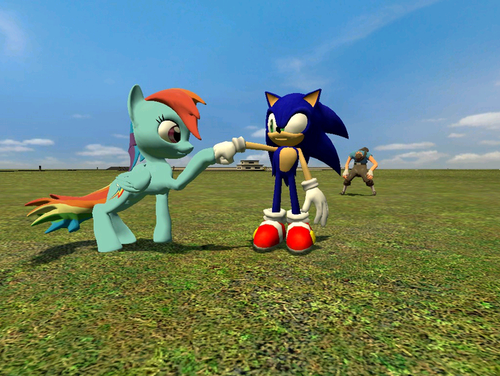