1
Nightmare Moonraker part 2
posted by Seanthehedgehog
After the horrible events of Nightmare Moon arriving, Con made his way to Canterlot.

S: Con, come in!
Con: I'm here S. What is it?
S: I was testing something out, and P wants to tell you something.
P: *pushes S* Hallo?
Con: P, how are you?
P: Very scared! Nightmare Moon is joined forces with an evil parang buriko in Russia. They plan to leave our planet, and destroy it. Your mission is to stop them from destroying the world.
Con: Who is Nightmare Moon working with?
P: patong lalaki Hugo, a german scientist that is also an expert with spaceships.
Con: And he's in russia?
P: In stalliongrad to be exact.
Con: Alright. I'm heading there right now.
P: M.I.3 will be sending an agent to help you. She's a purple unicorn with a black man's voice.
Con: Twilight Goodhead. Fenix told me about her.
P: Ach. Well you two should get along then. Over und out!

Con went into Stalliongrad where he met Agent Goodhead.

Twilight: Man I still have this black man's accent! Even in a James Bond parody!
Con: Hello Miss. Goodhead.
Twilight: Who R U?
Con: I come from the C.I.E. My name is Mane. Con Mane, and Fenix Lighter has told me about you.
Twilight: Man, he told me about you. What are we up to?
Con: Didn't your boss tell you?
Twilight: No man, I don't get told anything!
Con: We have to stop the russians, from destroying the world. They have very powerful missiles, and only need to aim at three cities.
Twilight: Alright then let's go. I know a secret way into their base.

So the two spies went to the secret place. All they had to do was take the cable car down into a lower part of Stalliongrad.

Con: So we just take the cablecar & we're there?
Twilight: No man, we go sa pamamagitan ng car the rest of the way.
Con: Do you have your own?
Twilight: No, but I can steal one. Don't tell anypony though.
Con: *laughs* I won't

2 B continued
tailsfan111 likes this
Seanthehedgehog That's right, I shipped Nightmare Moon with Iron Will! WHAT??
1
Twilight's Unusual Week
posted by Seanthehedgehog
araw 1

Twilight: *breathes in fresh air* What a beautiful day.
Sean: uy Twilight! I have something that I know you'll like which is fitting for a princess well I gotta go bye! *runs 300 miles an hour*
Twilight: What is this? *looks at package* Hahaha. halik me I'm british? Well, you know what that means everypony that isn't a mare. Who's going to halik me? Huh? It could be anypony.. Except for Justin Beiber! AHHHH

Sean: And so, every hater in the world went straight to hell for not liking My Little parang buriko Friendship Is Magic.
Fluttershy & bahaghari Dash: Yaay!!
Sean: yay!
Twilight:...
continue reading...
2
Stallion of the Night Chapter 1: "A New World"
posted by AislingYJ
So this is my first parang buriko fic! Tell me what you think please?
“Where are we going, Twilight?” applejack asked. Twilight Sparkle ignored her friend, and plodded onward through the Evergreen Forest, oblivious to the fear emanating from her companions.

“Wh-why are we in here?” Fluttershy stammered nervously, almost forgetting to flap her wings as she hovered above the other ponies. Twilight turned to her, the exasperation clear on her face.
“I told you, I need a special root for my spells, and it only grows in the Evergreen Forest!”
Fluttershy nodded and muttered a quick “yes”, trembling....
continue reading...
10
You guys are the reason I'm still alive...
posted by triq267
Okay, I know the pamagat sounds cheesy, but I'm about to get real serious in a second, so... Yeah.
Anyways, I'm about to say something I've never told anyone before. I hate my life. I'm depressed most of the time and have thoughts of suicide frequently. No joke. Today was one of the worse days. Let me just say I almost got expelled from school, and then after I found out I'm not expelled, about 15 minutos later, I find out that I may or may not have Aspergers Syndrome (Long story). So yeah, I've been pretty depressed. I was seriouslly considering suicide. AGAIN. Only this time, I couldn't think...
continue reading...
3
I pag-ibig Everything
posted by StarWarsFan7
"Now, can anyone tell me how a Sonic Rainboom is made? Anyone? Fluttershy. Would you like to try?"

I snapped back to reality after my beautiful daydream. Looking around, everypony was staring right at me. I hid behind my kulay-rosas mane and squeaked.

"How is a Sonic Rainboom made?"

I paused for a moment. I was about to answer his tanong until I heard a, "Ooh! Me! Me!"

A few desks behind me was bahaghari Dash, the most popular filly in Junior Speedster Flight Camp. She was waving her hoof around...
continue reading... 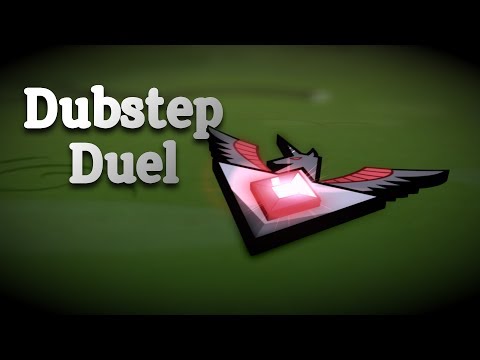 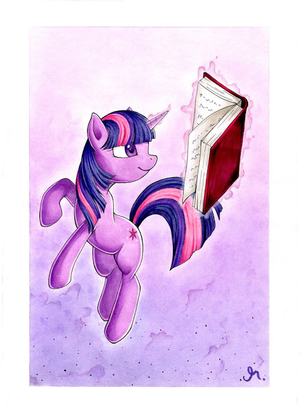 Its been a while since I made one of these, but now I'm back. Now, before we start, I have to say, I HATE DOUBLE RAINBOOM!!! Is stupid, its dumb, and it has nothing to do with the show. Why do I hate it so much?

1. The Goddamn References- Why? What were the creators thinking with this. Why did they have Troll face, Domo, and other crap that doesn't belong. MLP already has one meme (Derpy) Ad she was awesome. But Troll Face and Domo... What the hell. And thats not all. Why did they have to add the Powerpuff Girls in this. Oh yeah, speaking of PPG

2. Powerpuff Girls are the susunod Sadam- They didn't...
continue reading... 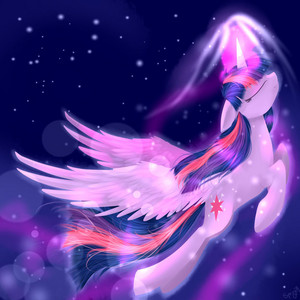 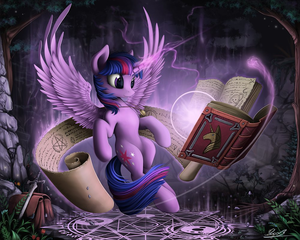 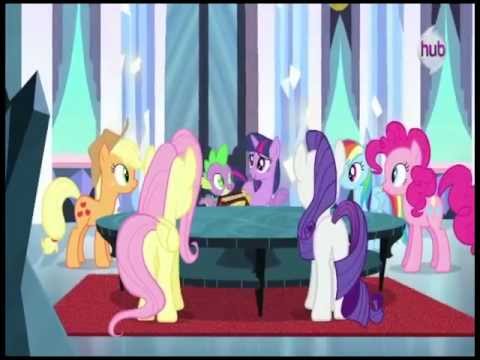 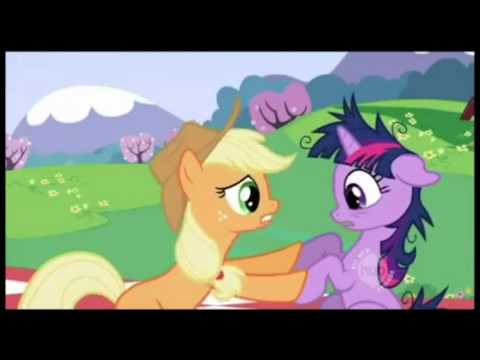 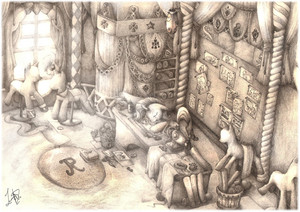 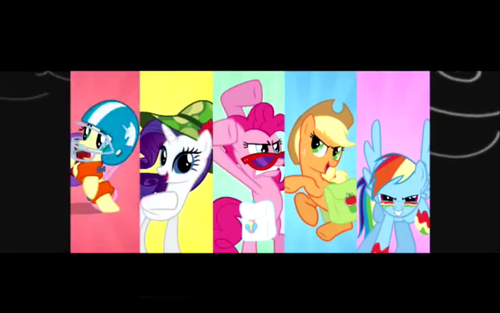 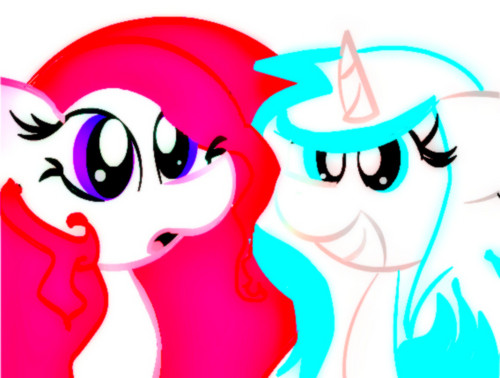 My Digital Art
added by shadirby
Source: Me 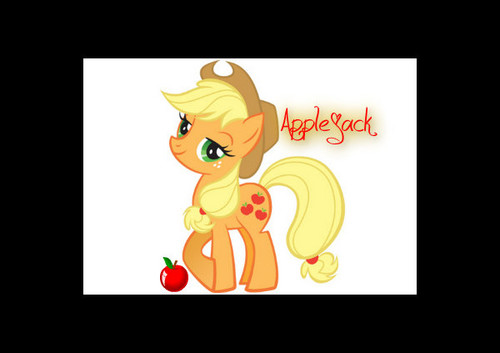 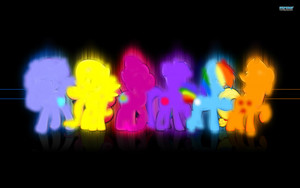 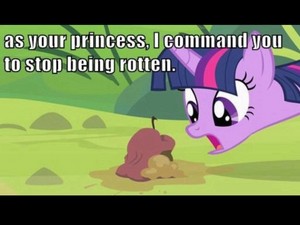