1
Ten walang tiyak na layunin facts about me
posted by Canada24
#10:
One time I tried pushing my friend into a pool, but I tripped and it was me myself who ended up getting wet..

#9:
I have an unhealthy obsession with certain bands..

#8:
I have no idea how much money is inside my own bank account, and especially now, when I have a full time job..

#7:
I hate country, even though, with a family like mine.
Country music can be heard, fuckin EVERYWHERE!!

#6:
My mother says I like Vinny from Family guy.
Can never make a statement, without it sounding sarcastic..

#5:
I don't have much faith in my own religion.

#4:
My teacher once stated that being lucky is false.
His exact words.
"I make my OWN luck".
Ever sense, we all called him
"Mr Norris"..

#3:
If anyone ever says, I am fully capable of taking troll like criticism with crying myself to sleep.
DON'T believe them..

#2:
Sometimes I sumali my group of mga kaibigan and randomly agree with comments of a conversation that I am not even part of.
Simply so I could feel like "part of something"..

#1:
I spend unhealthy amounts of time on sites such as this. Cause I don't have much say in the REAL WORLD.
I am just "that guy in the background"..
Windwakerguy430 likes this

5
Princess Of Magic
added by sweet_cream
Source: RubyPM on deviantart

2
My Little parang buriko Colouring Sheets - Princess Celestia
added by 2436racbuc
4
tuktok Ten Most Hated MLP Characters (Fan Voted)
posted by Windwakerguy430
Hello everyone. Its finally time to present the ten worst MLP characters that you voted for. Now remember, i their is a character that you didn't see here, remember that you were the ones who voted for these characters, and I'm just placing them in order of votes. now, lets start

9: applejack - Now here is a character I can give criticism...
continue reading...

1
Party at the everfree forest
added by Cracker9877 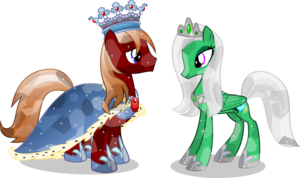