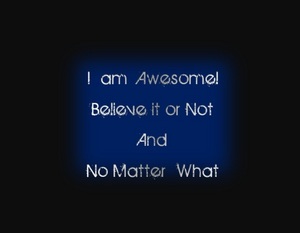 "Today in school, I wasn't able to understand the lessons ( still I got perfect scores in each test and quiz)and I didn't know who was the person ho stalked me but I still learned something important that I am..........AWESOME!!!!"


(Skipper also learned this and also the other POM Characters"

.Okay I have nothing else to say, pag-ibig ya all..I just made this t pass the time....


I also learned that everyone in this club is awesome.......believe it or not...you are awesome..

That's what I learned... 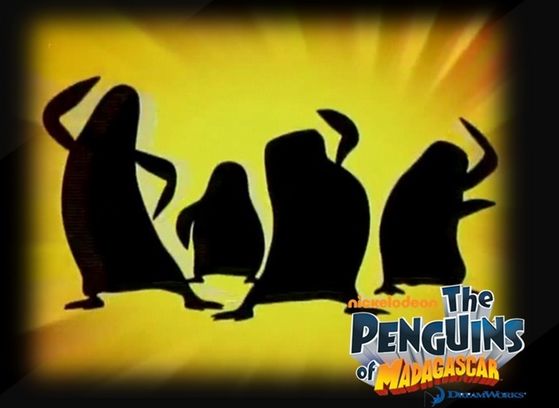 1
Johnathon Nguyen's Review for "When the Chips are Down" and "Operation: Good Deed"
posted by karenkook
Operation: Good Deed - After seeing a kid perform a good deed (and preaching about it to an annoyed Alice), the Penguins are inspired to do good deeds themselves with the other zoo animals. In order to do that good deed, they must take part in a series of trades with the zoo animals, thanks to King Julien. Even if they are successful, does that mean that they are done performing good deeds for the day?

When the Chips Are Down - Mort wants his Cheesy-Bits! Even if it means trapping Private in the vending machine with him. After an almost-thorough paghahanap of the zoo turns up nothing, King Julien...
continue reading...
1
Dr Blowhole's Accomplice Chapter 4: uy Neighbor!
posted by Lexii23


Julien: *bursts into ibong dagat HQ through side door* Hello my loyal subjects! I demand you to meet our new neighbor! *wiggles eyebrows up and down/ smiles*
Skipper: *rolls his eyes then looks surprised* What?! New neighbor?!? Kowalski, how come this is the first im hearing of this?!?
Kowalski:*flips through a few papers* I dont understand! There is nothing on the charts! *rubs head*
Skipper: Ughh.. Well, where is he?
Julien: SHE is right here! *points to the doorway**smiles*
Lexii: *steps out of shadows and into the light nervously* *smiles shyly* Hi, Im Lexii.
Skipper: uhhhh... *smiles*
Private:...
continue reading...
1
The ibong dagat massacre V.1
posted by chatterbox55
the petsa is august 25,2009 the araw started out as usual for the penguins private on the other hand has been pagganap very odd so the vet decided to put private on happy pills....

skipper:you know kowalski private hasn't been pagganap the same ever since he went on those pills.

kowalski: i agree with you skipper he's been pagganap very very odd you know i've caught him talking to a pader when his alone.

kowalski:yeah and he's been saying some odd words too.
(private comes into H.Q. all bloody)

private:sure i am skippa i just went to see alice that's all but she...
continue reading...
Appearance Change (a POM fanfic)
posted by mostar1219
The penguins were playing cards and I come in excited.
Me: Guys, you're not going to believe this!
S: You're finally going to seem human?
Me: What? No! Remember that kid you guys thought was a spy?
K: Yea, I remember that kid. Nosy fella.
Me: Yea, just like a little pest I know, but that's beside the point. Guess who's going to perform at that kid's school?
P: The Lunicorns?
Me: You wish, Private. And for the correct answer, Angela Bult!
K: Wow, congradulations. Let's hope that kid doesn't get all nosy.
Me: Yea, well, I better go get my wig and outfit ready. Wish me luck. (I leave)
S: Guess the coast...
continue reading...
2
Featherless (Part 3): Super Fun Summer Party Week Day1
posted by Kowalski1321
I'm sorry I toke so long, I got distracted. Also if you haven't read the first 2 parts, please do,so you'll understand the storyline. Enjoy

Skipper: I just know, it's going to be a bad week.

Private: Come on Skipper, what's the worst that can happen?

Skipper: Oh nothing Private. Only that the laughter from all the other mga hayop and people will make it almost impossible for us to escape the zoo stealthy.

Private: Oh my, that is quite bad.

Kowalski: Wait a second. I just remembered that the people have just created, a feather re-growth cream.

Skipper: That's great Kowalski. But we can't leave the zoo...
continue reading...
4
The Blood Night Chapter 3: The Dark Forest
posted by 67Dodge
"Wh-who are you over there?" asked Private, as the figure approached them. "I am The Digger, a surviving ibong dagat that will cannibalize," sinabi The Digger, licking his beak. "You mean, y-y-you're gonna eat us?!" asked Kowalski in alarm. "Not really, you guys are too thin, say, haven't I seen you around here? Trying to find a way to kill us all?" asked The Digger, taking a grip with his bloody flipper on Kowalski's flipper. The Digger's fishy breath and nasal-sounding voice convinced them that the Digger works in an unclean underground area, eating isda or his own working partners, he wore very...
continue reading...
3
The Beginning - Part 2
posted by ThatDamnLlama
Editor's note: This one was the least fun to write so far, for me. I planned the first part, but for this part, i had to make stuff up as i went along. Not a good idea.


It was almost three in the afternoon. It was warm out and Dash watched confusingly as Dave and Jesse came over to the exibit with a cage.

"Well, damned Buffalo Zoo says they'll be later then they thought, so we decided to send our ibong dagat first 'fore they got 'ere. Not comin' 'til six, I think," Dave informed.

"Okay. Well, lets get this over with. I think this ibong dagat is gonna put up a fight." Jesse sinabi as he looked around...
continue reading...
3
A doll can't love: Chapter 1
posted by skipperluvs
Rico sat susunod to his lifeless doll, sliding his flippers against her thin arms and sniffing her cool plastic scent. He began brushing her hair and cooing at her in hushed tones. She smile throughout the whole thing, her bright blue eyes glistening in Kowalski’s dim lamp.

Skipper was out doing recon, as he always did on Friday nights, his lazy smile scaring any animal that sneaked around in the zoo’s path. Private was with the lemurs, having his first sleepover with Mort, and Julien teaching them a couple of dance moves as well. And lastly, his best friend, Kowalski was at a grand central...
continue reading...
5
Mamihlapinatapei (Chapter 1)
posted by knocktimerico 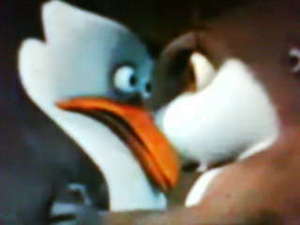 Skipper sat in the HQ drinking his paborito isda flavored coffee and pagbaba his morning briefing. From what he read there seemed to be nothing out of the ordinary going on today, training in the AM, a lunch brake midday, and some crowd wooing in the afternoon.

Private, Kowalski, and Rico were just getting out of kama when Skipper spoke up.

“Well men,” Skipper sinabi sternly as he placed the briefing on the mesa and took a sip of his coffee, “make sure you’re outside at 0700 hours” he continued checking the clock on the wall; it showed 6:45.

Skipper stood straight up and shot his flipper...
continue reading... 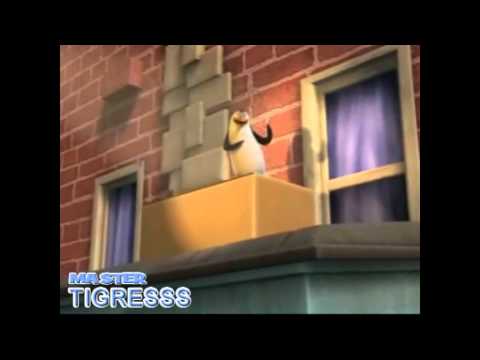 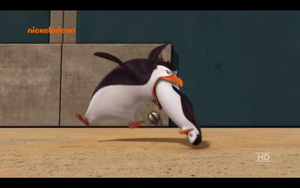 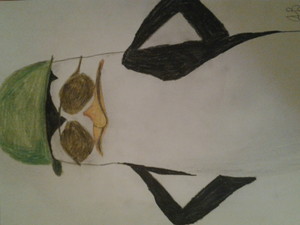 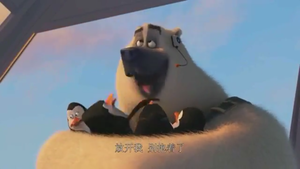