Narrotor: the city of Townsville! Where there is nothing to do.....

Brick: Man I need to punch!! i havent fought anything since the when we were bad guys!

Boomer: why dont you do what Butch does and piss offButtercup? Thats sure for you to get a good fight

Brick: hmmm thats not a bad idea...plus Ive never fought Buttercup before so itd be new to me...haha i bet she'll be lame at fighting just like Blossom was!

(Brick flys over to the powerpuff girls house and crashes through the windows.Bubbles was drawing,Blossom was reading,and Buttercup was eating kendi while playing a video game.)

Buttercup: WHAT THE HELL BRICK! YOU BROKE OUR WINDOW!

Blossom: if you wanted to see me ya coudve called ya know!

Brick:thats the reason i dont wana see you this time

(Blossom looks at Brick confused, Bubbles looks up from her drawing)

Bubbles: Then what the flip do u want? i was drawing a beeeutiful picture!

Brick: arnt you a little to old to be drawing pictures?

(Bubbles glare at him)

(Bubbles storms out of the room crying)

Blossom:*sigh* i better go comfort her.

(Blossom leaves the room after Bubbles,Buttercup looks awkardly at Brick,then continues her video game and eats her candy.Brick stands there for a while.Then he remembered how protective she was of her kendi and grabbed it out of her hands.Buttercup stares at him surprised and gives him a death glare)

Buttercup: Now Brick dont be stupid and surrender the candy...NOW!

Buttercup: haha dont make me laugh! GIVE ME THE CANDY!

Brick: there you can keep that! HAHAHAHA

(Buttercup stares at the empty bag,grabs it,and tears it apart)

Brick: because im hungry and there wasnt anythng to eat at Mojos place

Buttercup: thats not a good reason

Brick: So? SUE ME! AHAHAHAHAH

Brick: wow that hurt! you sure can punch! too bad i manuntok better!

(Brick charges toward Buttercup and throws her out the window and she crashes into a house. she rubs her head a glares at Brick)

Buttercup: So you wanna fight,huh!? Well get ready to die!

(Buttercup charges towards Brick and punches his face letting him drop to the ground.Brick shakes his head and shoots a lasers at Buttercup. Buttercup dodges it and shots an eletrical shock to him,Brick gets shocked and looks at Buttercup and laughs)

Brick: ya dont let a breath get out do ya toots! YOur a way better fighter thsn Blossom! She doesnt hit straight on..shealways has a stupid little plan that doesnt work....I like ur fighting style waaaay better!

Buttercup: i tell her that everyday! but enugh sweet talk i aint falling for it! You still need to learn a lesson not to touch my candy,jerk!

(Buttercup hits straight on and kicks him in the stomach and finishes him sa pamamagitan ng puching his back.Brick lands straight into the grond headfirst.)

Buttercup crosses her arms and laughs.

Buttercup: yA OWE ME A BAG OF SKITTLES LOSER!

(Buttercup oes back in the house,Brick looks up at her)

(Brick flys back to Mojo Jojos lair)
Abdog2005Milysz like this
bubbles12320 sorry its so long i got into the story hhehe
deathchick9 I think it's cool
kenin_utonium OMG i hope buttercup doesint read this
bubbles12320 thx i thought ppl would think the idea of brick liking buttercup ids stupid ^_^
sally18252 hmmmmm...too many bad words.... and brick likes blossom sooo.. blossoms gonna be pretty mad!! so will brick,butch,and buttercup!
bubbles12320 actually i made a part in the storry...read the rest and ull undrstnd
bubbles12320 ND I LIKE BAD WORDS! TEEHEE! it expresses emotion
luvrrbs i agree, waaaaaaayyy to many bad words
balto (brick)so what if there's bad words ahahahahahah(blossom) brick stop! (brick) oops!
tomboi i like it!
BrutexBucth Are you craZy? brick likes blossom!!!!
PoweredKaoru I liked it! But ya, too much bad words
Frazier07 Pretty crazy ahhhhhhhhhhhhhhhhhhhhhh !
raven-starfire I like it
raven-starfire Wow you do great 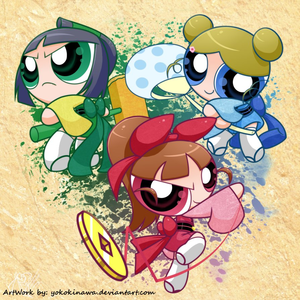 2
Mojo Jojo Project Exonaut
added by obssesedTDIgirl
Source: Not me! 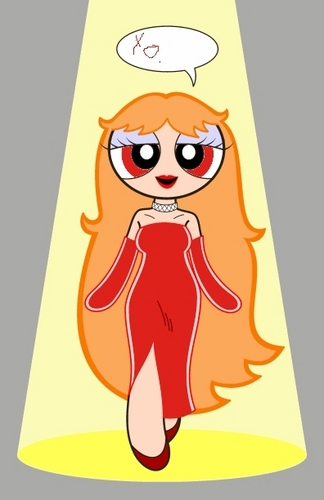 its her night out today
added by yayabeauty
1
Why aren't they in?!
posted by valeria23
The rowdyruff boys aren't in the ppg doujinshi comics?! Truly i don't like that cuz it whod be way madami intresting if they were back in(espeshuly now cuz it's gotten boring for some people).That's first.Second:We'd figure out if there's anything(like/love) between the ppg and the rrb(i've nodised that the original ppg's opisedes(the ppnkg)hate the rrb
which meens that the ppg must like/love their counterparts)(it's quite obvious that bubbles and boomer like/love ech other,blossom is getting bored with dexter,and buttercupxbutch well... i guess they must be hiding it(since they're both obssesed with their muscles right now)).
And third: We'd figure out their true personalities(cuz i've only seen them for a little bit)(aldo we've learned that brick is madami serious then the original(like blossom) boomer has an intrest in bubbles and butch is a lot like buttercup).
Well that's all please comment. 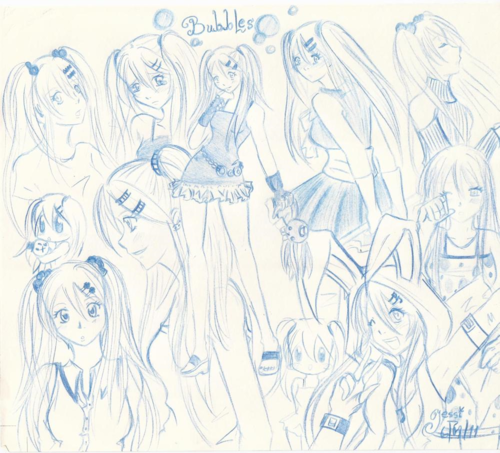 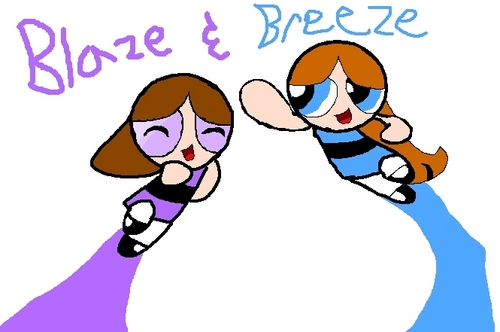 I thought it was funny...
added by thejokercard
Source: tumblr 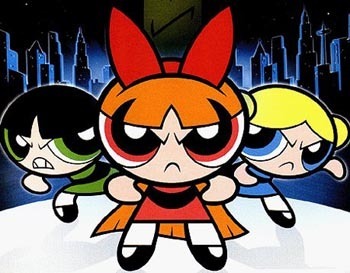 where are you mojo ?
added by kenzie04 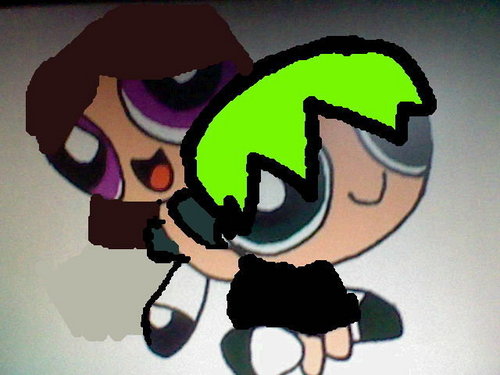 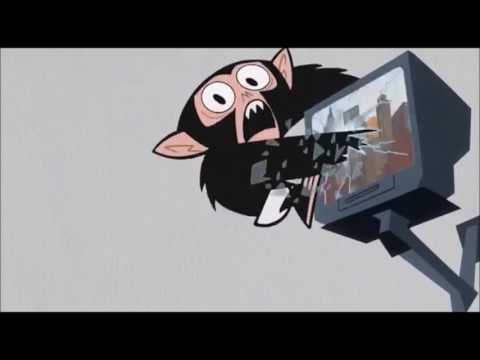 The Powerpuff Girls Movie Easter eggs
added by DisneyPrince88
video
The Real Powerpuff Girls Episode 5 Part 2
posted by Seanthehedgehog
Narrator: Back at their home, the girls explained everything to Professor Utonium.
Professor Utonium: A new bus driver, huh?
Bubbles: Yeah. He broke down the door, then everyone sinabi good morning, and he told us to shut up.
Buttercup: He's also threatening to leave people behind, and lock them up in a cooler.
Bubbles: It must be very cold in there.
Blossom: Well, one thing's for sure, we don't have to put up with him.
Professor Utonium: Lucky for you three. I just hope this new bus driver doesn't really do any of the things he says.
Blossom: Why wouldn't he?
Professor Utonium: Some grown-ups say things...
continue reading... 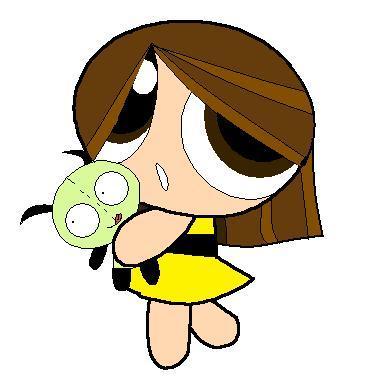 My PPG
added by obssesedTDIgirl
Source: Base sa pamamagitan ng Natsumichan0wolf on deviantart 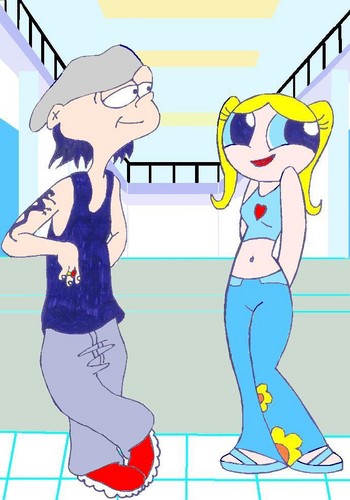 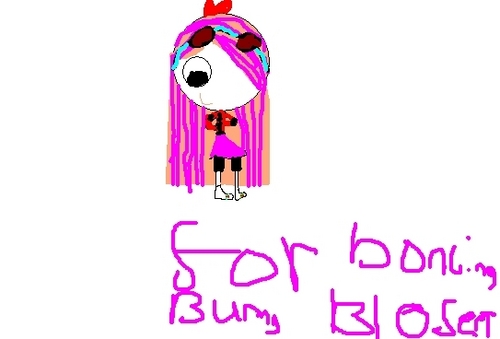