1
tuktok ten most NORMAL people in GTA 4 and 5.. Only ones I know
posted by Canada24
#1: NIKO BELLIC:
Niko is very protective of his family and loved ones, particularly his cousin Roman, whom Niko constantly has to worry about due to his gambling habit. Roman has an indiscrete nature of frequently getting the pair into trouble. He is withdrawn among strangers, but has good manners, and shows a softer side with pag-ibig interests like Kate McReary and Michelle. That said, the horrors of war, both witnessed and perpetrated sa pamamagitan ng Niko, have ibingiay him a great sense of guilt, and an ambivalence about the value of human life — he warns away pursuers and expresses regret over his past violence, but also feels that killing is all that he can do, readily taking on jobs which necessarily involve murder. Niko is prone to violence after being angered and he has an explosive temper when he is betrayed, manipulated, or his loyalty is questioned, but he is also quick to help the defenseless and unfortunate, even those he merely meets in passing; he apparently possesses a sense of idealism which was wounded sa pamamagitan ng his wartime experiences. Unfortunately, such a split attitude leads to hypocrisy — Niko, for example, appears to genuinely sympathize with the McRearys' grief over the demise of one of their brothers (either Derrick McReary or Francis McReary), despite having secretly committed that murder himself. This makes it highly possible that Niko is a pessimist..


#2: LUIZ LOPEZ:
Luis is a person who normally keeps his emotions in check, rarely demonstrating his feelings. Despite this, Luis does care for his mother and mga kaibigan as he was visually struggling to keep his anger toward Mr. Santo from exploding after he started insulting Luiz's mother. And when Mr Santo angrily says he'll kill Luiz's mom if you disobey the mission orders. Luiz kills him almost immediately after, despite his mother not excatly being the most appricative.


#3: DWAYNE FORG:
Despite being a drug dealer, Dwayne often shows signs of extreme kindness and altruism, especially to those closest to him. While incarcerated he pulled favors to make sure that his girlfriend on the outside was looked after and taken care of, even going as far to lavish her with cars and apartments and bank accounts. Dwayne took in palikero X and served as a father figure to him, teaching him how to sell drugs and helping him build a criminal empire. If Niko chooses to kill palikero X, Dwayne shows genuine sadness over his death, lamenting that he was "a good kid back in the day"..


#4: ROMAN BELLIC:
I know, I know.. But hear me out.
Roman mainly appears to be concerned madami about making money, possibly being madami desperate to prosper than any of the other characters, which has led him building a bad reputation in the city for his gambling addiction, of which he is constantly reminded sa pamamagitan ng Niko. Despite his pag-ibig of money and his problems, he cares a lot about his mga kaibigan and family, and is sometimes annoyed at Niko's affiliation with organized crime. Out of all the characters, Roman appears to be the least interested in organized crime, as he only wishes to earn money and live the "American Dream."

Roman understands that Niko is unable to find regular work, and does not trouble him about his life as a criminal, but instead tells him to be careful.

#5: FRANKLIN CLINTON:
Michael has a very short temper, and Trevor is a violent psychopath. Franklin is the only sane one. And he is forced to act as the peacekeeper between Michael and Trevor when they get into an argument. .

#6: DAVE NORTON:
He essentially schemed together with Michael to make himself rich and famous (and give Michael a clean slate), but that's really as far as his corruption goes. Otherwise he's mostly an honest, decent guy..

#7: KATE MCCREARY:
She's one of the few characters in the game—heck, the GTA series as a whole—to not have any criminal record at all. If she dies at the end of the game, it invokes this trope, especially when Packie tearfully calls you after the credits.

#8: JOHNNY KLEBITZ:
He shows some hesitation about killing people whom he thinks deserve it. However, he also has his about killing. He is reluctant to kill Brian Jeremy and Billy Grey because he considered them as his mga kaibigan in the past. He also asks Elizabeta if killing so many people is really necessary. Overall, Johnny's attitude about murder seems to be that he is capable of doing so in cold blood but belives that the murder should be justified.

#9: JIM FITZGERALD:
He and Johnny are the only Nawawala MC Members who realize how stupid gang war is. They're also the only ones who speak up, and stand up to Billy, who's just a borderline psychopath..

#9: ANGUS MARTIN:
Unlike the rest of The Lost, he finds the concept of Honor Among Thieves utterly laughable. He is eventually proven right when a Civil War causes the chapter to disband. At the end of the game, he advises Johnny to "end the charade that this gang meant anything."

It's unknown if he cares or even knows, but after Trevor Philips' slaughter of the Nawawala in Blaine County, he is the last remaining member of the Alderney Chapter.
SwordofIzanami likes this 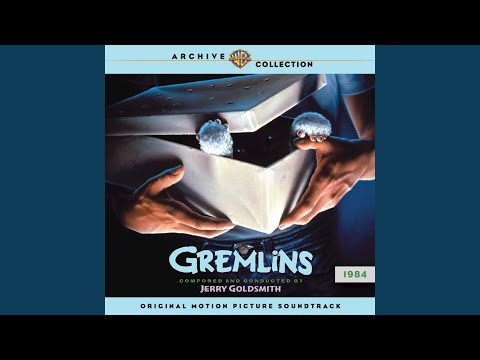 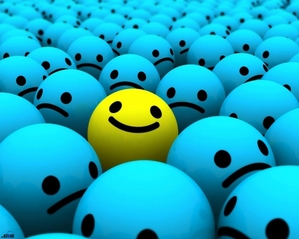 Hello fellow Fanpoppers, it's Deathding again! And today, I wanted to try something different. To get to know you guys, and maybe find some cool stuff out about each other.

Basically, this artikulo will be a listahan of questions, and I'd like you folks (if you want, obviously) to answer as many as you want in the comments below. Whether it be none, five, or even all of them, anything really goes.

You can be just as personal as you want with these, so if you don't feel comfortable about one of the questions, then just skip it.

I know this seems pretty out of nowhere, and it may get little to no attention...
continue reading...
7
How To Be A Good Fanpoporian: Three Easy Steps
posted by TAIKAMODO
So, for those who are new or others who may just be curious, my name is TAIKAMODO, in all sombrero because I LIKE YELLING, and this is how to be a good Fanpoporian!

STEP 1: Never Be Yourself, A Little Lie Goes A Long Way.

The whole point of the internet is to give you free reign to do whatever you want with no consequence. Sure, at tahanan when you lied as a child mommy would pop you on the lip and send your new friend Kevin tahanan early, but now both your Mommy and Kevin(R.I.P) are unable to stop you! Say you're a Brazilian model super hero spy agent actor sports ninja cowboy if you want, they can't...
continue reading...
1
My tuktok 5 paborito Undertale Characters
posted by Famegurl754
Hello there, walang tiyak na layunin people of this bitchy site, Fanpop, (for shits and giggles that was a joke, idiot.) I am here to present you my tuktok 5 undertale characters!

Well, I've gotten into the Undertale fandom about a buwan nakaraan and I've liked a few characters and... just... yeah, it was a pretty cool game... so, here are a few shits before i start with the list.

And no, Sans or Papyrus isn't gonna be on this list, goddamnit.

And this is opinion based, your mother taught you how to respect people's opinions,...
continue reading... 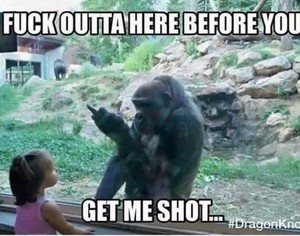 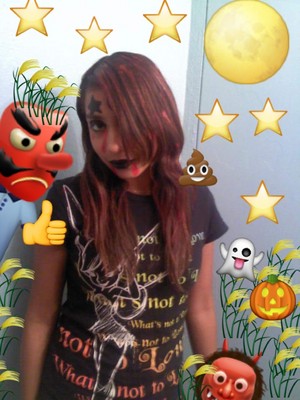 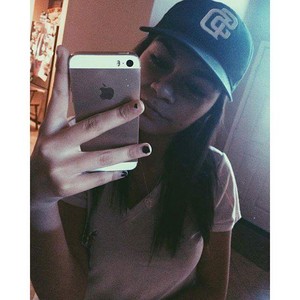 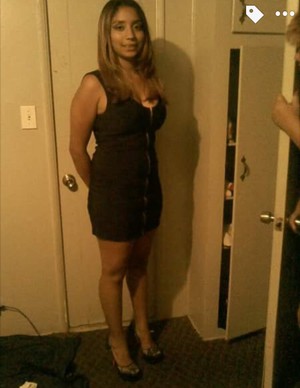 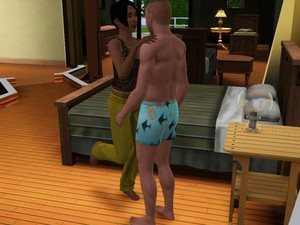 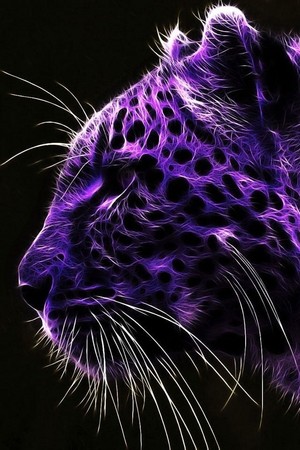 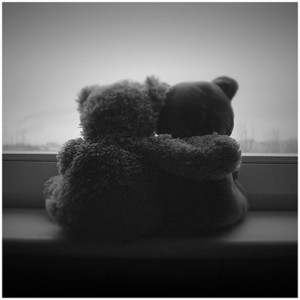 you make good mga kaibigan on fanpop but unfortunately some just leave because they got bored of it!!!
~
well, let me tell you something
did you forget about the good times we spent?
...
i don't care if you get online even for 10 minutos just don't disappear forever
....
is that too much to ask?
~
don't give me excuses about being busy
everybody gets busy man, it won't kill you to find free time for your friends?
it really sucks to be mga kaibigan with someone for a long time
then they stop caring...

don't be that person. 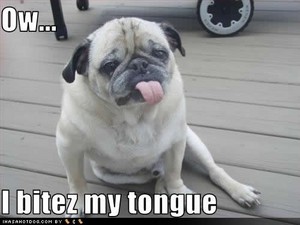 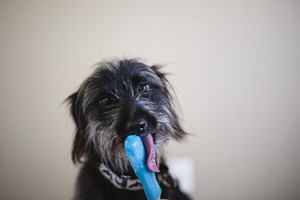 1
Cute Doggie
added by Wolfdreamer9
TDF REVIEWS THINGS: nagyelo (spoilerz)
posted by TotalDramaFan60
Haaaiiii.
Today we're gonna talk about the "NUMBER ONE MOVIE OF THE YEAR!", Frozehhhnnn!
So it starts out, there's a gurl named Elsa. And a gurl named Anna, but you pronounce it like Ahhh-nna. I dunno.
Anyway, so Elsa becomes evil and kills everybody. The end!
No, I'm just playing. Every inch of you is perfect from the bottom to the top.
Yeh, mah momma she told meh dont worry about yo size...
ANYWAYZ
Elsa REALLY gets ice powers and THEN she kills everybody. Sorry.
ANYWAYZ
Elsa REALLY, REALLY gets ice powers and only kills Ahh-nna. Yeah.