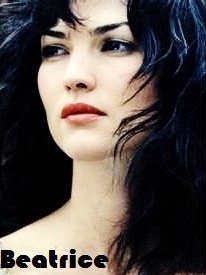 I was in my chambers, gazing at my oliba coloured skin in the mirror, while brushing my luscious dark brown hair. These were traits I was fortunate enough to inherit from my mother as they did not run in my father's side of the family. Oh my mother. How I wished I had known her.

I didn't know much about her. Only that her name was Tatia Petrova and she had died when I was just a baby at the hands of my very own grandmother, a very powerful witch named Esther. Esther had wished to end the rivalry between two of her sons. For this reason she used my mother in a sacrifice ritual which transformed her children into vampires, not caring how it would affect me, her own granddaughter, growing up without a mother.

I however was not a vampire like the rest of my family, nor did I wish to become one. My family were the original family of vampires. My father, Niklaus however was also part werewolf and although that side of him remained dormant for the moment, it would become activated when and if he managed to break a curse which involved the doppelgänger of my mother. The doppelgänger would be a descendant of my mother's oldest child. This curse involving the doppelgänger was also due to Esther's interference. Anger rose within me and bile at the back of my throat. That woman had taken away my mother, and practically my father too! He was constantly out on missions to find the location of the Petrova line in order to find his precious doppelgänger.

My maiden family line had presumably been carried on sa pamamagitan ng an older sister I had never met or knew nothing about apart from a name, Isabella. Isabella had been smuggled out of the new world as a child and into the old world sa pamamagitan ng a group of witches to prevent my father keeping track of the Petrova line, hence making it harder for him to find the doppelgänger. I felt something wet and realised a tear had rolled down my face. I quickly wiped it away, not wanting my face to be ruined tonight of all days. You see, tonight there is going to be a ball to mark the 17th taon of my birth and there would be suitors consisting of London's most elite present.

My chamber maid Hilda stood behind me now, ready to assemble my hair into a magnificent up do hair style. I looked at the mirror once madami and saw a pair of sparkling eyes, the colour of lapis lazuli staring back at me, something which I had inherited from my father along with his soft lips and high cheek bones. Of course there was one trait I wished I had not inherited from him. This was of course the werewolf gene. But I thankfully I had not activated the curse as yet sa pamamagitan ng killing someone so my werewolf side remained dormant. I loved my family no matter what but wanted something my mother and the rest of my family would never have.

I wanted not to be supernatural, marry and have children who had nothing to do with the vampires, mga asong lobo or any other kind of supernatural entity. If I were to have children, they would not possess the werewolf gene as it is passed from the male parent to the offspring. So my children would have a chance of having a life without so much danger. But I also didn't want to live forever. I wanted to die after having a full and eventful life. This was something the rest of my family could never do as they were immortal and my mother would never do as her life was taken away so abruptly from her.

I had often dreamt about my mother but had to leave much to the imagination in order to form an image of her in my mind. Father did not talk about her one reason being he was always too busy searching for a way to break the wretched cure. When he was tahanan I daren't not ask. I had learnt long nakaraan not to ask my father about my mother, as it made him very angry remembering that his own mother had killed the women he loved so dearly, draining her of her blood and using it to transform him and his siblings into vampires.

Uncle Elijah was also not an option. He could barely even look at me. Over the years I had eavesdropped on members of my family like aunt Rebekah and uncle Kol talking about their past and had put together certain pieces which made sense. I had come to the conclusion that both my father and Uncle Elijah had loved the same women my mother Tatia Petrova. Because I was the child of his brother and his true love, Uncle Elijah never really spoke to me or even really looked me in the eye. He was never a danger to me or directly unpleasant, but him rejecting me in this way was hurtful in itself.

Father had presumably forbidden the rest of my family which consisted of aunt Rebekah and uncles Kol and Finn to not discuss their past with me, especially my mother. They obeyed because for some reason, although they were all originals, were scared of him. I had once tried to tanong aunt Rebekah simply about how well she had known my mother. This had not gone down well.

She had bent down to my eye level in her vampire face, our noses nearly touching, and with all the malice she could muster hissed, "never tanong me about your mother again. In fact it's probably best if you don't mention her ever again. Do you hear me?"

I had remained quiet as I was shocked. I had never heard my aunt, who I got on well with speak in this way. Neither had she ever directed her vampire face in anger towards me. She had been my carer, my parent you could say when my father was out on one of his searches.

She repeated in a louder tone, with madami malice then previously if possible, "Do you hear me?"

I had slowly nodded and had made my exit as quickly as I could. Never again had I asked my family about their past or about my mother.

I was suddenly snatched away from my thoughts sa pamamagitan ng the sound of a door opening.

"Ah, princess. Nearly ready I see. Excellent. The party should be starting in an oras or so. Happy birthday!"

Of course, I knew who it was without even looking. He was the only person I knew who called me "princess."

"Oh, Trixe. I know you can hear me. You can run but we will find you."

I hid behind a puno and held my breath. My wound was starting to heal now and the pain was decreasing too. But Henry was right. There were too much mga asong lobo to outrun. I needed a plan. And I had one.

I had run in this direction not sa pamamagitan ng chance but because I knew something that could help me was located in this direction. I knew this from my last trip to Virginia in the 1980's. Hopefully it was still here.

I started to ilipat again and looked around desperately. And that's when I saw it. A whole field of wolfsbane. I could run through it without harm, but the werewolves...

I smirked darkly, thinking about the pain it would cause them. I quickly sprinted in my optimum vampire speed towards the field when a blur suddenly crashed into the side of me, knocking me into a puno with a thud. I swiftly rose to my feet not caring how much pain this caused and looked around. It was Peter, a small time werewolf in Henry's pack. And he was coming for me.

Well, he should have known better then. I had 1000 years on him and Peter against me was no contest. I rushed towards him and smashed my right hand into his chest, ripping out his puso with ease. Peter just dropped to the floor, dead.

I could hear the others now. They would be here any segundo now. As quick as I could I entered the field just as Henry came into view. He saw me and as I had predicted started to follow without looking at what he was entering. As soon as he entered the field of wolfsbane, he started to shrill in pain.

"Ahhhhhhhhhhhh!" He retreated back to where Peters fresh corpse lay and fixed his eyes upon mine.

"I will get you and when I do I will kill you sa pamamagitan ng driving a stake through your puso without missing and I WILL take back what is mine. So you better run little Trixie."

I simply grinned, turned around and carried on running. I knew the field was not the only way to get across this piece of land and had to be quick or otherwise the mga lobo would catch up to me again. I ran even after I got to the end of the field and only stopped when I saw a sign reading:

It sounded like nice small town where nothing bad ever happened. And right now, I liked the sound of that. So how bad could it be laying low here? I entered the town, and started to paghahanap for somewhere to stay for the night.
mero_damon likes this
8
Katherine Pierce Acrostic Poem! :)
posted by DaniKatZ 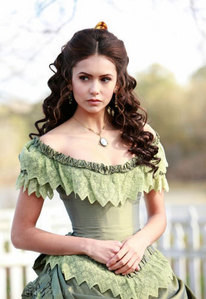 Katherine Pierce
Katherine is back!
Adventurous sa pamamagitan ng nature
Two brothers rapped around her finger
Hunger to kill, drink and ruin peoples lives
Exhilarating plans that leave us wanting more
Really? Katherine’s back? We all know who the salvatores will choose though
Identical of Elena Gilbert sa pamamagitan ng looks
NO sympathy to what she has done to Damon and Stefan
Evil BAD-ASS b***h 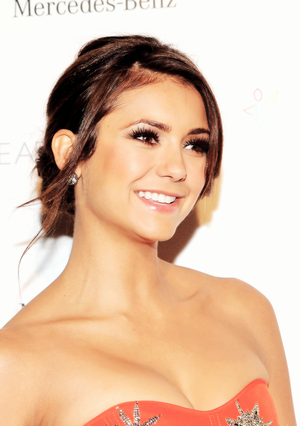 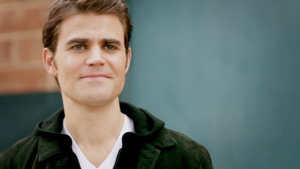 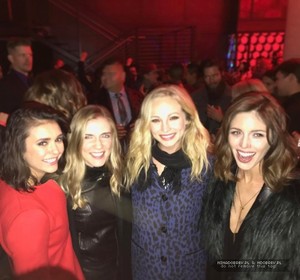 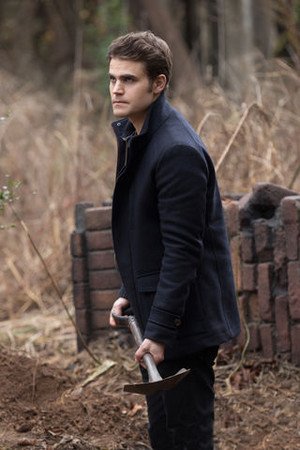 TVD 8x13 ''The Lies Are Going To Catch Up With You'' Promotional still
added by Hermione4evr
Source: The Vampire Diaries Wiki 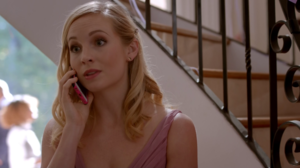 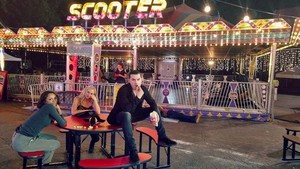 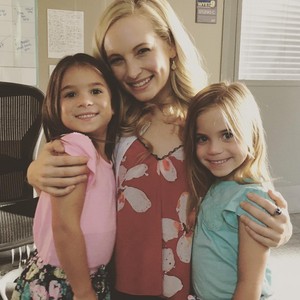 Caroline with Liz and Jo
added by Hermione4evr 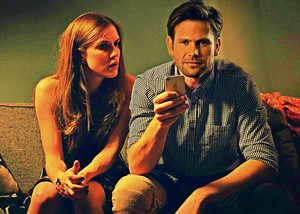 Jenna and Alaric
added by Hermione4evr 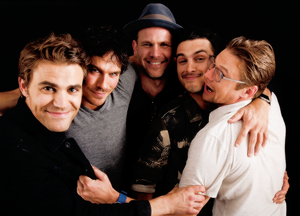 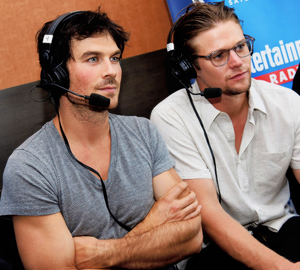 1
Ian and Zach
added by tanyya 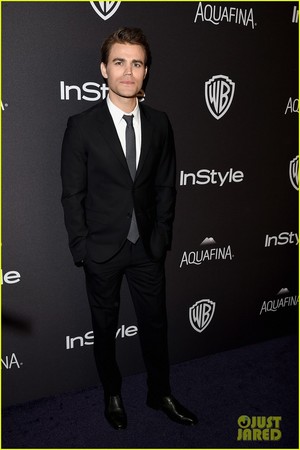 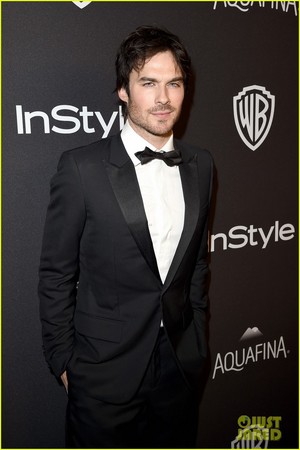 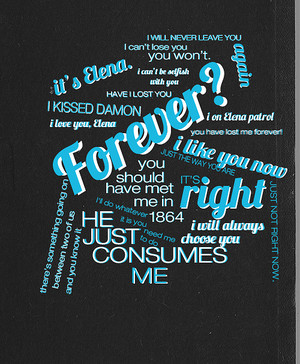 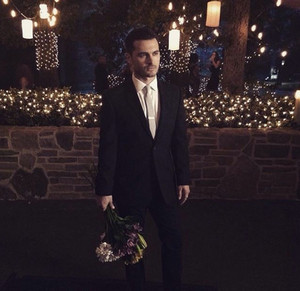 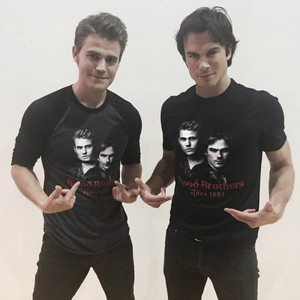 Ian and Paul
added by tanyya 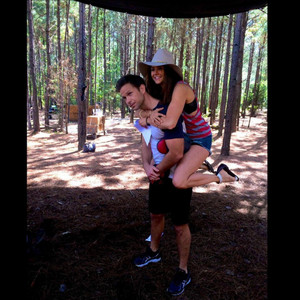