She met Stefan, first, and in most of the flashbacks featuring Damon and Stefan, she appeared to have eyes only for Stefan, while ignoring Damon. However, the first time Stefan kissed her, she pushed him away and didn't seem pleased, even though you'd think that was what she wanted most. Especially, since she claims she always loved Stefan. She even tried to tell there are things he doesn't know about her. Their first time having sex, she decides to snack on him and reveal to him that she's a vampire. She really must have sucked the guy dry, because he wakes up the susunod morning horrified sa pamamagitan ng what she is, and she compels him to continue on with her as they are. She also tells him she has plans for him, her and Damon. She's once again snacking on Stefan when she gets a mouth full of vervain and gets taken down.

Damon and Stefan are killed trying to rescue her. Damon is killed right out, but Stefan is still lingering and Katherine says something to him. I say something, because Elena's voice in the present is heard as Katherine is moving her lips. So both could have been simultaneously saying, "I pag-ibig you, Stefan." Or maybe not. After she fakes her death, she comes back to Stefan's body and declares her pag-ibig and promises they'll be together again. The scene cuts away before she's seen leaving, so we don't know if she left without even going over to Damon.

We don't know how Damon and Katherine first met. We don't know how they shared their first halik and how she reacted to it. We don't know when they first made love, but we do know that unlike with Stefan, when she and Damon first made love, she didn't feed on him and reveal herself to be a vampire. sa pamamagitan ng the Founder's Ball they were lovers, and Damon didn't know she was a vampire. We also know that Katherine made Damon promise to return from the war quickly, so may have played a part in Damon deciding to become a deserter.

Damon was waiting for Katherine in her room as Stefan brought Katherine tahanan from the ball. When he kissed her, she pushed him away. And when he asked if his pag-ibig wasn't enough, she compelled him to leave because she was tired and wanted to be alone. But since both Stefan and Damon kissed her you don't really know who she was putting her fingers to her lips over. It could be either of them. That wasn't the end of their relationship. Quite the contrary.

At some point Damon found out the truth and accepted it. Katherine took Damon out hunting with her and got him to halik her while her mouth was covered with the blood of the two victims she had just taken down. He even helped her dispose of the bodies of her victims. Sometime after that, they're seen being playful in kama together. Katherine bares her fangs at Damon but doesn't try to bite him and feed on him. She even takes Damon to a vampire meeting she has with fellow vampire, Pearl. When Damon asks her to feed him her blood, she opens her neck and has Damon feed on her like a vampire would.

The two relationships are very different. While Katherine claims to pag-ibig Stefan, she doesn't treat him as well as she treats Damon, who she claims she doesn't love. With Stefan, she takes all his freedom of choice from him sa pamamagitan ng compelling him to continue on with her as if nothing happened, when he was repelled and scared of her when he learned she was a vampire. We see two kama scenes with them, and both are the same, she kisses him a bit, before feeding on him. Compare that to her and Damon's kama scene where they're playing in kama and although she bares her fangs, she never tries to feed on him.

This is one of the points that makes you doubt Katherine's claim to not pag-ibig Damon and to pag-ibig Stefan. She apparently concealed what she was from Damon for a time, since they became lovers, and he didn't know what she was. While feeding on Stefan right from the start. Shouldn't that have been reversed. Shouldn't she have hidden her true self from the man she loved, and just fed on the one she claims to have never loved?

Another point is feeding on someone you supposedly pag-ibig is considered a bad thing. Stefan was afraid to be with Elena because he was afraid he wouldn't be able to control himself and feed on Elena. He could have compelled her afterwards to forget, but that was also considered a horrible thing to do to someone you love. Caroline was also horrified when she bit Matt in the neck, and afterwards she broke up with him. But when Katherine is feeding on Stefan, she doesn't seem overcome sa pamamagitan ng her emotions and not able to stop herself. She just seems to be hungry for a snack the way Damon was when he was with Caroline and using her as a convenient pagkain supply while he compelled her not to be afraid of him and they were carrying on a relationship very similar to what we've seen between Stefan and Katherine. Only Damon never claimed to be in pag-ibig with Caroline.

Conversely, instead of taking blood from Damon, which is what she's doing to Stefan, she actually is giving blood to Damon. She could feed Damon the blood, but she wants him to take it from her like he's a vampire. Which seems to be something she's never done with any other man but Damon. The tanong is why when she claims she never loved him. To be honest, everything she did with Damon in regards to the vampire thing seems to be something she's done with no other man but him. And you've got to wonder why that's so when she claims she never loved him.

To recap: She feeds on Stefan, but lets Damon feed on her. She takes all choice away from Stefan, but always gives Damon a choice. So which one does it sound that she really loves?
rochchick and HaleyDewit like this 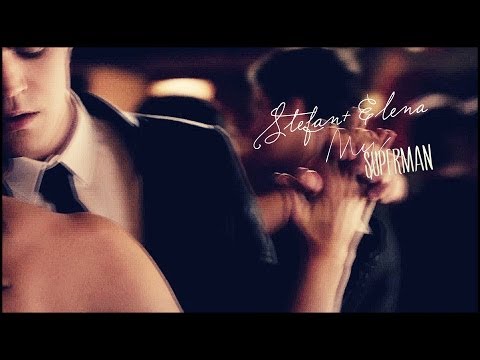 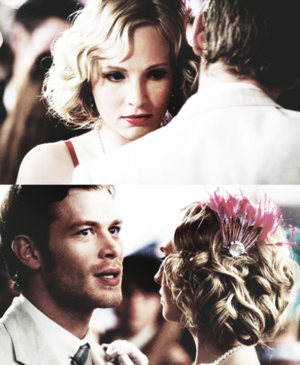 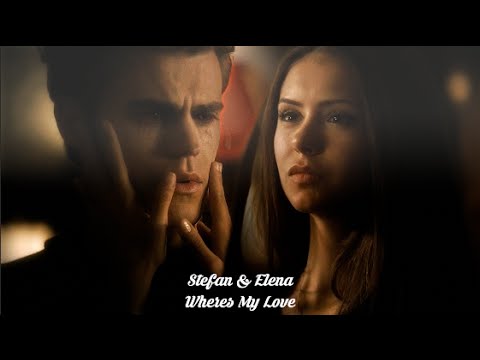 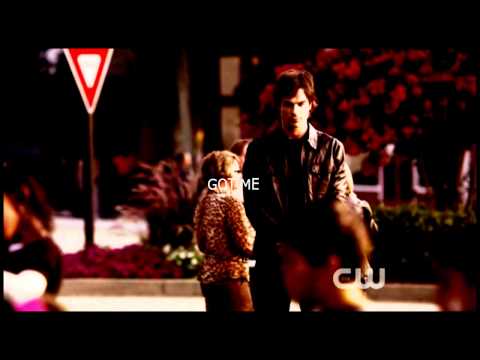 damon salvatore::BOY LIKE YOU
added by klausyxcarebear
video
damon
fanvid
the vampire diaries 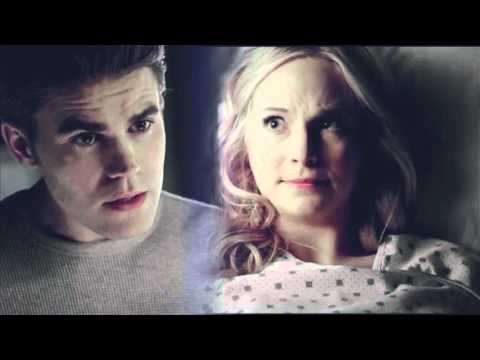 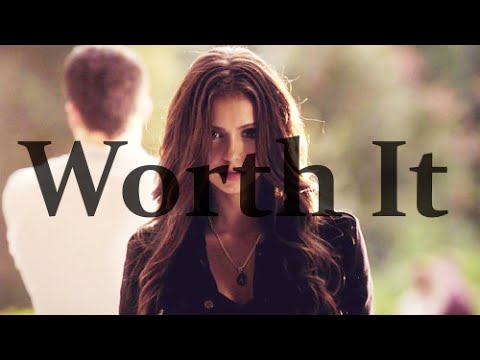 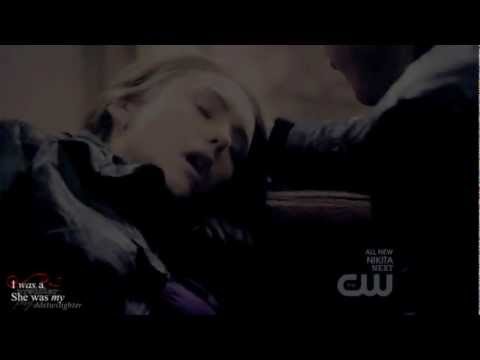 damon/elena; you have stolen my heart..
added by klausyxcarebear
video
delena
fanvid
the vampire diaries 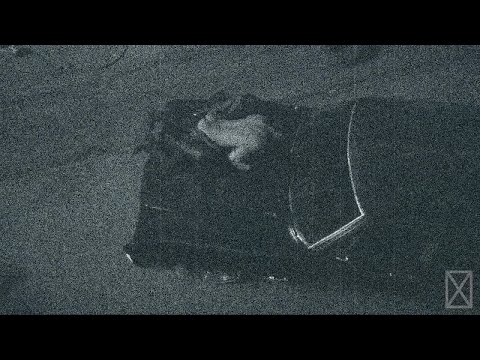 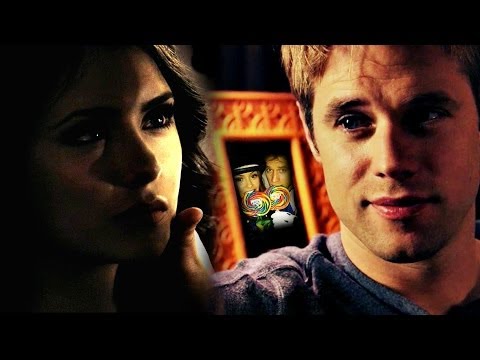 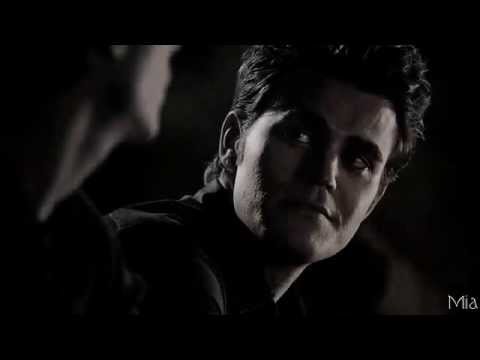 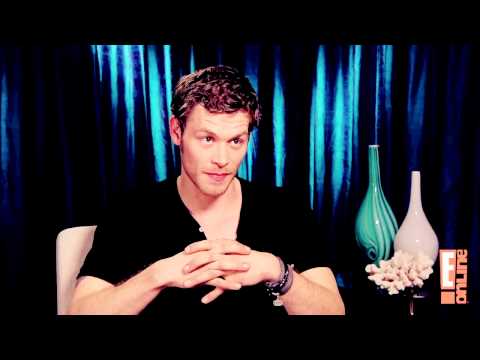 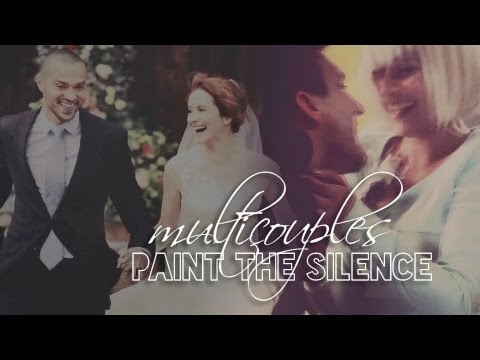 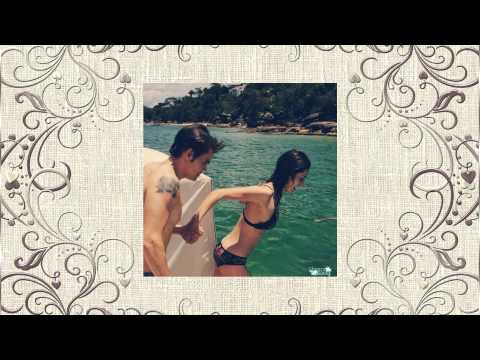 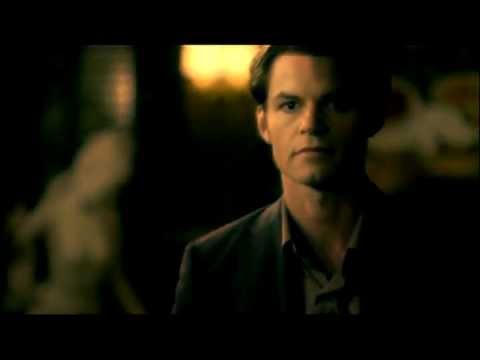