1
The War: Chapter 8: sleepover at the kastilyo
posted by Princess-Flora
------Flora’s p.o.v
We headed back to the palace where we would spend the night. I was excited to be reunited with my mga kaibigan and my sister, but I missed the specialists, my brothers and most of all my Helia. I was happy I just felt like a part of me was missing, so I sat back in the limo and drew a puso on the fogged up windows. No one noticed which I was glad because I didn’t want to talk about it. We arrived at the palace soon even though we didn’t take the freeway which I don’t blame for taking the longer way because I am still spooked about venturing on to the freeway after what happened. When we arrived at the palace we all went straight up into the wing we normally stay in when we get to sleep over at the palace. I went straight to the room I stayed in and shut the door before the Winx could follow me and then I ran to the kama and kicked off my shoes as I cried rivers into the pillows. My mga kaibigan came in soon even though I told them to leave, and they soon realized I was upset but it wasn’t that hard tell speaking my tears were black and my face was stained with them. My mga kaibigan stayed sa pamamagitan ng my side as I continued to cry even though I did not answer them. Once I finally got words out, they all understood and didn’t ask more. So Stella disappeared for a few moments, but she came back with movies, supplies for makeovers, basura pagkain and sweets, and pajama sets for each of us. I gave her a big hug because she is always the one to cheer us up when we are feeling down. We all changed and sat back and had a girl’s night with facials, makeovers, girl talk and thinking about the days to come. The susunod few days would be chaotic since the King and reyna have decided to adopt my brothers, sister and I into the royal family. I was shocked because I knew nothing about being royal, but apparently I was going to because the King, reyna and Krystal want the guardian fairy to rule since when they put a crown on me it glowed and only a person of the true bloodline could make it glow (referencing a Barbie movie, but I can’t recall the pamagat of it). Lucky me, and best of all there was going to be a ball at the end of the week which made Stella happy since she could make new dresses and outfits for everyone. So I took a deep breath before turning out the lights and going to sleep in the place that would some become my new home; but, I am going to take it one step at a time with my mga kaibigan sa pamamagitan ng side and my new sister.
XxLalasaysxX likes this
XxXFloraXxX Plz continue, when does she see Helia and does Helia even know she's alive?? Awesome story, can't wait!!!
Princess-Flora that's actually the next chapter @XxXFloraXxX
musa123s omg I love this story plz keep writing this story is awsome
florajames Yer do
Princess-Flora don't worry I am currently working on the next chapter 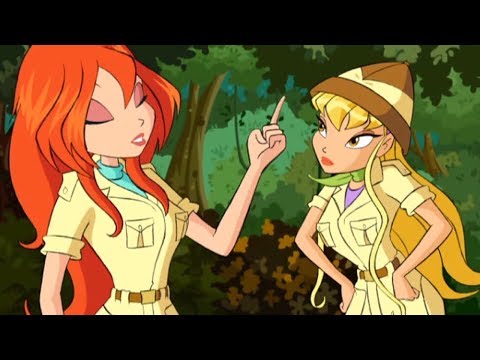 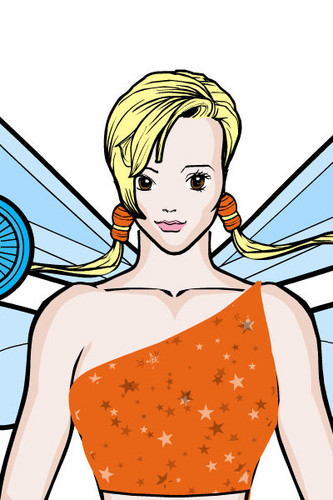 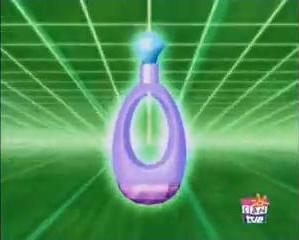 winx
added by nugget14
4
Flora turns evil part 7
posted by jinxclubcreator
The susunod day..........
The girls knock on ms. F's room....
Ms.F: Come in, girls.
The girls walked in.....
Bloom: Good Morning, Ms. F, we came to talk abut Flora.
Ms. F: Sure, Girls, go on.
Musa: Well, when we took a walk yesterday all the plants withered and the one who did it was Flora.
Stella:And, Ardin made her believe that we abandoned her in the forest.
Ms. F: What! did you say Ardin?
All the girls nodded.
Techna: And, we don't know how he did that.
Ms. F: Follow me.
Ms. F lead them to a room.
Ms. F: You may find everything here about Ardin, his powers,his victims, his enemies, and all of the spells he had,
when the girls took a look at the spell section and was surprised when they saw that Ardin has no spell about turning people to become evil.
Layla: look girls, Flora is in the victim section.
At Ardin's lair........
Icy: Ardin, i sensed that the winx is going here, we should go to another place right now.
To be continued.................
3
Quest For The Ruby Of Life
posted by xXmeemoXxx
NOTE : This is my first fan-fiction here , I think :) I'm not good
with stories
but I hope you enjoy (:

Musa woke up to the sound of music. It was a soft and relaxing tune.But at the same time it was a harsh and ear-peircing tune. Musa followed the tune to the Alfea libary .There was a faint soud of struggle , then all was quiet. The silent night crept on.


The susunod morning , the sun's blazing light woke Flora up. Everyone was already up, well almost everyone."Hey where's Musa ? " Flora asked
sleepily as she looked around the room.
" She's probably still sleeping. Go wake her up, we're gonna...
continue reading... 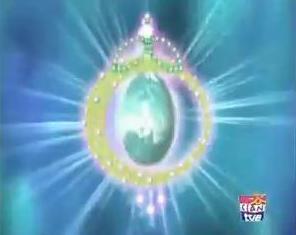 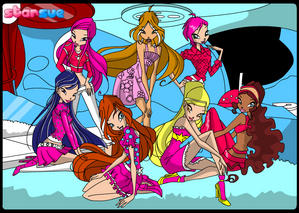 the susunod day......
stella:rise and shine winx!!!!!
the winx:stella u suprised us!!
stella;hihihi ok sa pamamagitan ng the way remember what were doing tonight i dont want any thing to happen to brandon
bloom:looks like someones in pag-ibig again oh my god...!!!!
stella:bloooom.......!!!!!!!!!!!!(blushes with anger)
at that night......
brandon:(sneaks)ok lets paghahanap her bedroom
the winx:we found it the curtains were closed...<:O
brandon:well then were gonna have to sneak from the inside tonight remember sneak and dont make noise.....
the winx;right....(sneaks)
in the interior(inside)......
the winx and brandon:(sneaks...
continue reading...
Change Chapter Ten: Confrontation
posted by Princess-Flora
link

Flora’s p.o.v
I deleted, blocked, burned, and trashed all the reminisces of those four because I was changed for the better and I needed to remove that part of my life from me. I knew they would find a way to embarrass me in public, but I won’t let them get to me anymore. I went into my closet and picked out a long sleeved pale kulay-rosas dress, patterned tights, and black boots to wear on this slightly chilly December Saturday morning. I headed out to the courtyard and braved myself for what might happen. A lot of people where gathered in the courtyard. I walk towards the gate, but stop when...
continue reading... 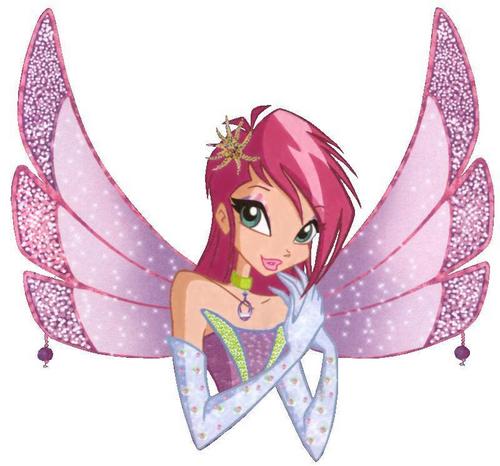 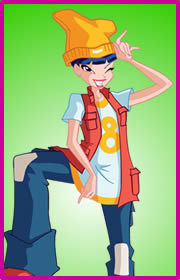 pics
added by nugget14
Source: Princess Winx
2
A Prophecy of World's to Fall ~ Chapter 1
posted by lovebaltor
'"And I heard a great voice, saying to the seven angels..."Pour out the seven bowls; the harshness of the world in a dream!" I saw when the tupa opened the sixth seal. There was an earthquake...great is the sun became a gaping black hole, and the moon became as red as blood."' 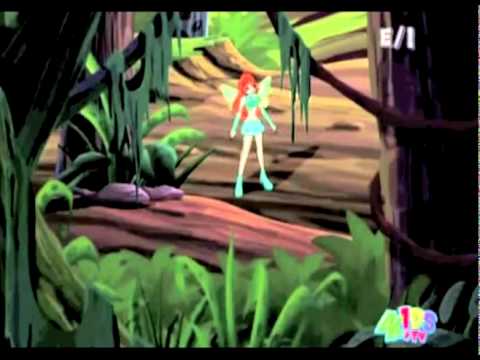 1
Best of Winx Abridged Series part 2
added by zanhar1
video
3
nature and the hallow scare chapter 1 a new witch in town
posted by florajames
hi guyes not writen a story in a while so i thought i would wright a neew one now based on halloween as that is comeing round the corner as is my birthday which is the 26 of october gee im so excited anyway let get to the story i hope you enjoy plz comment on what you think
xxx
---------------------------------------------------------------------
it was a warm morning at alfeya as a nature fairy was sleeping in her walm cosey kama it was the 30 of october the araw before halloween and her the winx and specialist were going out trick or treating so today they were all hiting magics to bye there halloween...
continue reading...
3
Break Chapter Four
posted by XxXFloraXxX
To all my beloved fans and supporters!!!!

Saladin.
Sky: M. Saladin! What happened to you?
Saladin: I was in my office. Suddenly, there came twenty or thirty soldiers in! And a mysterious person whose face I couldn't see. Then, he spoke a spell and I fell asleep. When I woke up, I saw them jumping out of the window with Helia! I tried to stop...
continue reading...

2
Winx Club-Arcanix Group (Mythix Edit)
added by Avater13
Credit To AlexesX3. Winx Club Arcanix Transformation with Mythix Song.
video
winx club
tagahanga video
official
song
5
Ice Beneath Our Skin
posted by zanhar1
This fic is kind of a sequel to Numb. You don’t have to read Numb to understand the story, however the backstory as to how the kid was born and such is in that fic. Nah, this one is madami of a fluffy, silly Icy’s stellar parenting fic that follows the same characters from Numb.

The child was so much like her that it was annoying.

Sure the girl looked madami like her father, she definitely had his eyes and his nose. But her snark and sarcasm could only have come from one place.

And this particular trait always seemed to surface when the...
continue reading...
1
Bloom's Speech [*One-shot*]
posted by LoveFlora
Hello again. This is little one-shot which i wrote. Sorry about grammar. Italics in this story are kind of narrator's speaking or something... This one-shot is my version about graduation clip from Winx Club and the secret of the Nawawala kingdom. Hope you enjoy.

It was a sunny summer day. The sun was shining, weather was warm, and the birds were singing. All of Alfea was decorated, because today six students of Alfea would graduate, and they would never come back...

*After the ceremony, Bloom POV*

We were celebrating our graduation in our apartment. Everyone had a great...
continue reading...
More Cards
1234567891011