4
Fanpop Fugitives: Where are they now? Episode 1
posted by sillybandfan321 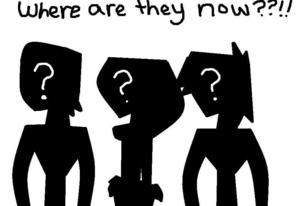 Made by hot_mess GREAT PIC!
Claire:Welcome everyone to Fanpop Fugitives everyone *applause* So on this ipakita we paghahanap how why and where these three people have gone. Sumer or known as sumerjoy11 one of the most known fanpoppers of Total Drama Island and other sites. Lucas or The_Kill, and Jake or escapethejake11. So they say it started with a DRAMA fight between sumerjoy11 and some other fanpoppers. With madami on some stories lets go to our reporter Haley or known as TDItrentgirl16 with the pedestrian Kylee or kown as tdicxdfan. Whats going on there Haley

Haley:Well Claire as you know i am here with Kylee or tdicxdfan so Kylee what do you know about the fugitives?

Kylee:Well I heard some of the fanpoppers talking like that sumer quit but she is still on this website called DeviantART.

Haley: Now did you read how this all happened?

Kylee: Yes i actually did i heard fanpopper *name will not be provided* saying that this person called sumer an attention *bleep*.

Haley:Oh really? Now what else happened?

Kylee:Actually the guys name is *name will not be provided* and the poeple sinabi that it was really mean of him to say that to her and were going to ulat him and then *name not provided* talked back to them

Haley:HMMM i see! so what is Sumer doing on DeviantART?

Kylee: Well *Name not provided* sinabi that she is downloading comics but nothin else

Haley:Ok i see and what else do you think sumer went missing?

Kylee:Well she seemed to be getting into fights with *peoples names not to be provided* and people get going back and forth and then she disappeared and people have been worried that she wouldnt come back and she didnt.

Haley:I see and is there anything on Jake and Lucas

Kylee:Actually no i heard nothing they just disappeared out of air!

Haley:Well people there you have it now back to you Claire

Claire:Thanks Haley now we are going to our other reporter Allison or known as potterandtdi.

Allison:Thanks Claire I am here with cop Wally Turner so Wally what do you think of the scene?

Wally:I think that it is kinda tragic losing some of the people of fanpop

Allison:I see so have you heard of any sitings of Jake or Lucas because we have gotten sites of Sumer but Jake and Lucas have gotten nothin?

Wally:Well I actually have no idea where they went but i have gotten the info that Lucas was on 2 days nakaraan but that is all i know

Allison:Thank you Wally for that ulat and that is all from me Claire

Claire:Thank you Allison and there you have it people tune in susunod time for madami reports and everything! Good night! *applause*
hot-mess13, aprilacne and 2 others like this
xxXsk8trXxx Will you ignore them already? They want to stay away from Fanpop. They might even be back tommorow from what we know. I'm fo sick of hearing about them.
sillybandfan321 well you dont have to be mean about it:(
Sugartooth900 cool!!
sillybandfan321 thanks:D
iloveduncan6 cool!!!!!!!!!!!!!!!
TditdaCourtney Awesome! write more plz :3
sillybandfan321 Thanks:D
aprilacne xxXsk8trXxx:BACK OFF WILL YOU! ATLEST SHE IS TRY ING TO MAKE PEPOL HAPPY AND NOT BE SAD ALL THE TIME I NEVER SEE YOU DOIN" SOMTHING LIKE THIS SO BACK OFF! sillybandfan321: dont lisin to him keep doin wwatcha doin
sillybandfan321 AWH thanks:D
aprilacne no biggy
obssesedTDIgirl man this is just like the Zutara site. Kataanger saying things that are just plain rude and most Zutarains take it. The smart ones dont and take a stand. And serisously xxXsk8terXXX, u dont have to be all mean like some Kataangers. U should have just not posted that or messaged sillybandfan321. And she posted so people know wat happend since no one knows. so plz, think nx time about wat u write. AND if u r a Kataanger, im sorry but some of u r very harsh and i think y do they go on the Zutara site if they hate it? so sorry 2 u kataangers
potterandtdi That's so good!
FireFlys113 Let me guess "Tha guy" Is me? Am I right T-T And no one said that they where gonna report me and I didnt talke back to these "People" T-T
sillybandfan321 Ugh I was reading the comments and the people said that they were going to report you no hard feelings ok I just wanna have a little fun that's all I am not blaming anyone or trying to find out where they actually are I am just having fun:)
BridgexJordan well Lucus anouced he's quiting to everyone on the wall. But Jake..................... he just vanished
sillybandfan321 Yea I saw that too:) nothin bout Jake though?
aprilacne obssesedTDIgirl: you are right my frend THRETEND ME about it he said:"i will kill you if you don't join the katanng side...." AND HE HAD A POCKIT KNIFE TO MY BACK! im scared of him now...
obssesedTDIgirl aprilacne: i would b afraid 2
Total Drama awsomeness! Eposde 17 Part 1/3 or part 1/4! "Race to the other side"
posted by BridgexJordan
*Non-First class*

*Bridgette crys*
Rayven: You got to gte over Jordan! I mean your as bad as sinag when Noah left!
Ray: Never menchen that again! *starts to cry*
Rayven: aaaaaaaaaaaaa.......... I'm going over to the storeage room with Jamie.

Jamie: what are you doing in here???
Rayven: sinag and Bridgette are crying over there loves.
Jamie: my pag-ibig is Duncan.
Rayven: wo wo wo!!!!! Duncan????? He's like was on the other team.
Jamie: So he's still hot. I bet you have a crush on someone!
Rayven: Nope no one.
Jamie: I can hardly belive that!

*Crying*
Jax: Dang! Those girls can cry!
Natalie:...
continue reading...
1
Total Drama Half-Bloods pt 1
posted by TDI100
"What did you just say to me?"
"I sinabi you were stupid"

sigh this happend every araw oh sorry I forgot to intoduce myself I'm Olivia daughter of Athena Iv'e lived at camp half blood all my life well as long as I can remember any way
"DON'T TALK TO ME LIKE THAT !!" and thats Eve daughter of Hermes.
"Eve Trent what are you yelling about now"
"Its all there fault" they sinabi pointing to one another arggg somtimes I just wish that they would make up and be mga kaibigan but nooooooooooooooooooo they keep yelling at each other "calm down Eve you go first"
"how come she gets to go first"
"oh just shut up Trent"...
continue reading...
1
TOTAL DRAMA SURVIVOR episode 2 part 1
posted by agtimm
Chris: Yo! Welcome back to....
TOTAL DRAMA SURVIVOR!

Rayven: Are you gonna say that
Everytime chris?

Chris: *whispers* im getting paid
to say this.

Chris: In the last exciting episdoe
of TOTAL DRAMA SURVIVOR the two teams
the good team and the bad team had to
compete in a pag-awit contest. The evil
team won and the good team had to send
someone home. Alex's temper got a little
out of control and she tryed to convince
everybody on the good team to vote off
lindsay because she wasnt doing anything.
Luckily she convinced them right and poor
little lindsay took a ride on the bangka of
losers....
continue reading...
Fangirl Dedication~
posted by Mp4girl
He loved me.

My puso swelled as these words slowly made their way up to the most tingly depth of my mind, one sa pamamagitan ng one. He loved me! He really loved me! He was the most beautiful thing in the world, in my eyes, ‘cuz you know, I have really good eyesight. I don’t know if I really believed it or not, but something in my head forced me to repeat the words he said, outloud, in my stupid, way-too-raspy voice.
“I pag-ibig you.” My puso lurched as I heard myself say those three words in a voice that wasn’t quite mine. “Really, I do.” My puso was swelling with pleasure and a tingly sensation...
continue reading...
1
Dustin LeDeimon: A Bio
posted by xxXsk8trXxx
Name: Dustin LeDeimon
Age: 16
Birthdate: September 8th
Siblings: Twin sister Lilly, or L3ll4y. Lilly is older.
Nationaliy: Mom is Spanish, Dad is American
Sexual Orientation: Gay
Crush: Duncan
Style: Emo
Looks: Black hair with blonde bang over left eye, blue eyes, eyeliner (XD), emo clothing (?),so fucking pale
Friends: Trent, Lindsay
Enemies: Pretty much everyone else...
Interests: Poem writing, taking pics of himself with a camera, cutting self (XD), fasion designing, Duncan
Why on TDI?: Dustin wants to have some fun!
Personality: Hyper, upbeat...yeah that sumurizes it.
Am I like Dustin at all: No. I'm not an emo whiny bitch.
Stereotype: The gay upbeat emo whiny bitch
Quote: "OMG DUNCAN'S MINE NOT YOURS HE'S MINEEEEEEEEEEEEEEEEEEEEEEEEEEEEEEEEEEEEEEEEEEEEEEEEEEEEEEEEEEEEEEEEEEEEEEEEEEEEEEEEEEEEEEEEEEEE!"

So that's Dustin for ya. 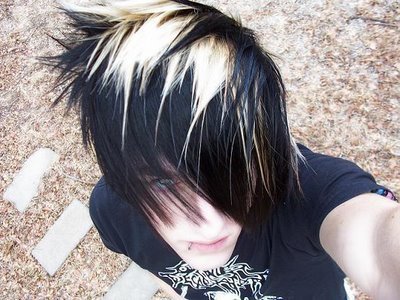 I don't own this picture, but it's pretty much what he looks like. Lol.
2
Unchallenged love.
posted by TOTALFan 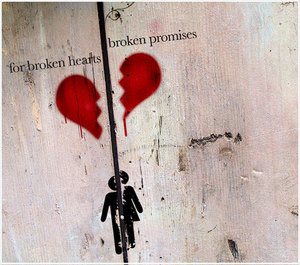 My heart is not taken...
I am walking down the damo aside the cabin's...i see courtney and Gwen talking...Courtney get's madami loud...Courtney slaps Gwen...
I run towards them.

Me:"HEY!WHAT'S YOU'RE PROBLEM COURTNEY?!?!"I say as I get in front of Gwen.

Katie: "I Need A Blue Sweater So I Can Cosplay As Bridgette?"
Lindsay: "Hey! Wanna Go To The Mall To Look For The Blue Sweater?"
Katie: "Sherre."
Lindsay: *Runs To Car Place* "Let Me Get My License First!"
Katie: "Mkay."

'Her eyes. It hit me. The girl I was on had the most beautiful eyes I'd ever seen. Now she's holding on to my waist. On my motorcycle.MY motorcycle. Not Geoff's, not Trent's. MINE. I wanted to stare into those eyes. I really do. I hope she feels the same way.' I thought in my head. I peek out of my daydreams and see my house. I park behind my dad's car. I get off my motorcycle. She sits there. She stares beyond my house. To the graveyard nextdoor. "Oh, don't mind that. It's not that spooky." I tell her. I try to get her to focus. She looks like she's possessed. I wonder what's wrong.

Am I glad to hear this;
After all we’ve just been through.
I’m not willing to take such a risk;
It’s how I feel about you.

My puso glowed as I read this;
As it always will.
It’s you I love, you I’ll miss;
Standing sa pamamagitan ng the windowsill.

I want you to know;
That you are forgiven.
And I do pag-ibig you so.
And I will, for a living.

How I feel about you;
I think you already know
Between us I feel something true;
My pag-ibig will always glow.


Blake, Eva's cousin, is the shortest person in
TDA. He is sometimes noted as a nerd, but not often because anyone who does get's beaten up. Blake is a good fighter, he hates Calvin because he cracks short jokes at him, even though he is only a centimeter taller than him. Just like Eva, Blake has anger management isues, but he can controle them. These...
continue reading... 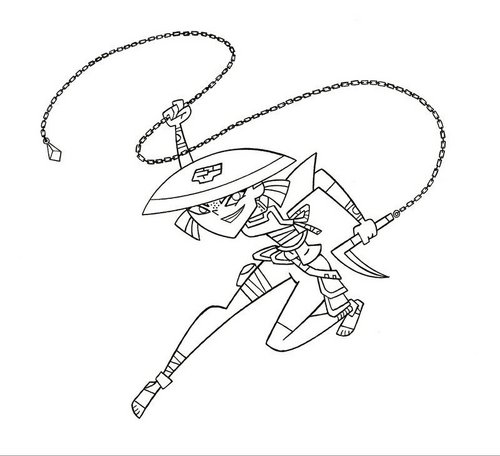 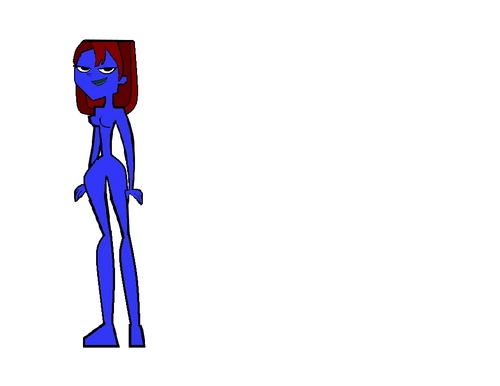 mistique gwen
added by valentinefrance
4
My tuktok 5 paborito CANON couples! (OPINIONS!)
posted by DandC4evacute
A while back you may remember me write my listahan of my tuktok 5 LEAST paborito couples. Well now, I'm talking about the best! These are the couples I've supported, loved, squee'd over, and, well, yeah!
NOTE: to me, CANON means a couple that is happening or has happened. So BrickXJo, DawnXB, GwenXCourtney, yeah, they won't be on here.
2nd Note: just because a couple isn't on here doesn't mean I HATE the couple, unless it's on my worst list.
5. TylerXLindsay (Tylindsay). This is the only "classic character" couple on my listahan that is still happening. I know it's cliche, the jock and the cheerleader, but...
continue reading...

3
alejandro has the magic touch
added by tdwtteamgwuncan 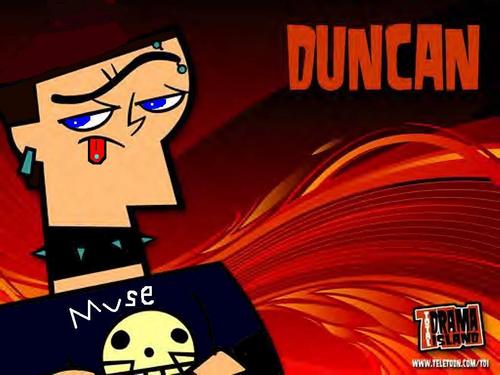 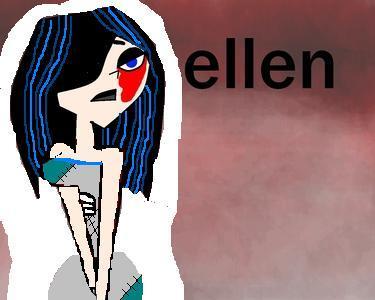 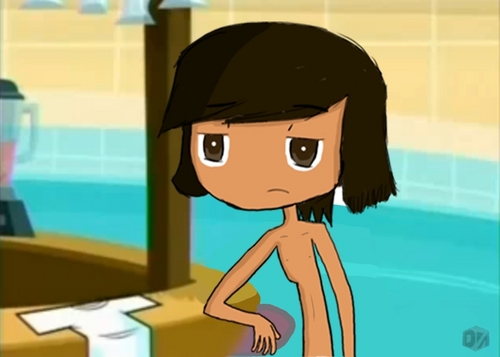