Different Sharingans
uy guys its me again in case you don't know me i'm noobieXXXL and i've written artikulo in some different naruto fanclubs.Add a comment on what you want to know or add pagpaparangal to me or add me as a friend(all optional :] ).P.S This may be a little long.)
There are many types of sharingan(pictures at the side) and they have many various abilities.The sharingan is the bloodline in the Uchiha clan.The only exception is Hatake Kakashi,who got it from Uchiha Obito before he died(Obito,not Kakashi).The most common ability is to be able to copy any ninjutsu,genjutsu or taijutsu perfectly,and therefore...
continue reading...
1
Naruto Shippuden’s Itachi Arc in March with Kuguya’s Arc Later
posted by KEISUKE_URAHARA 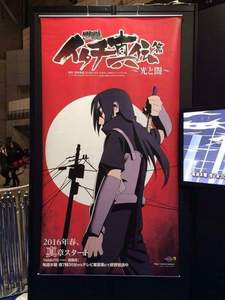 For those anime fans wanting to get right into the final arc of Naruto Shippuden, to end it as we saw in the manga, unfortunately we won’t be getting that any time soon. It seems that in March, Naruto Shippuden will feature “The true Legend of Itachi Volume – Light and Darkness” which tells the story of Itachi begins. 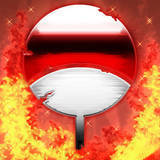 Uchiha Symbol
The Uchiha clan (うちは一族, Uchiha Ichizoku; Literally meaning "Uchiha family") was once considered to be one of the most powerful clans in Konohagakure, now almost extinct from the events of the Uchiha Clan Massacre, with only two known living members remaining.

The Uchiha were infamous for their especially strong and natural aptitude for anything combat-related, and their proficiency in apoy jutsu, having created several and using them madami skillfully than any other. Their signature jutsu was the apoy Release: Great Fireball Technique. Clan members are not recognized as adults sa pamamagitan ng the...
continue reading...
1
sasuke fall pag-ibig with sakura
posted by ssolanki 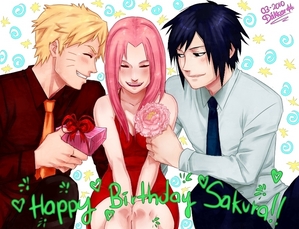 after killing itachi sasuke came back to konanh.there he saw sakura and he is freezed there because he saw the new sakura which is madami beautifull and storngbut sakura is in the shock to seee sasuke again because through sai she would know that nartuo is in pag-ibig with her but strange thing is that the naruto get back sasuke because he know that sakura loves sauke in his puso and naruto promises her to get sasuke back.but after hearing about sasuke she starts liking naruto.after that she started shouting naruto that why he did do this to her.naruto reply,that she loves sasuke in the deep of his puso and she never pag-ibig naruto asshe loves sasuke.
but sasuke mission was to destroy konah as he is also a mamber of atatsuki after killing and all the membersbut sasuke has a unknown feeling in the deep of his puso after he break sakuras heart

to be continued............
please sumit your opinion and coments there
creator team of the site 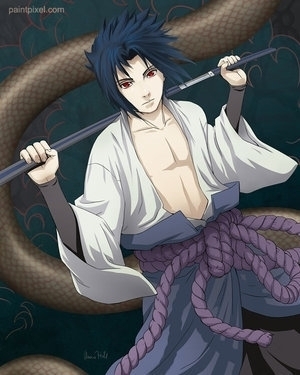 
Fugaku Uchiha
Hikaku Uchiha
Inabi Uchiha
Itachi Uchiha
Izuna Uchiha
Madara Uchiha
U cont.Mikoto Uchiha
Obito Uchiha
Sasuke Uchiha
Setsuna Uchiha
Shisui Uchiha
Tekka Uchiha
U cont.Teyaki Uchiha
Uruchi Uchiha
Yakumi Uchiha
Yashiro Uchiha
4
++UCHIHA hapunan PROBLEMS...++
posted by akatsuki_otaku
Yea,i didn't exactly write this but i just didn't want this as a link so yea....start readin'++WHAT'S HAPPENING SO FAR: Yeah. I skipped the cooking parts! DX I don't care!
We're at the part where it gets funny. 8D++
Itachi: Well! Eat up! ^/_^
Obito, Sasuke, And Me: .......................
Itachi: What?
Obito: .....It looks like it's moving. o_o
Sasuke: ....*Poking the pagkain with a fork*
Me: I think I'll skip hapunan tonight. ._.
Itachi: OH NO! YOU GUYS AREN'T LEAVING UNTIL THE pagkain IS GONE!! -/_-
Me: D: WHAT!?
Sasuke: I REFUSE!! ><
Obito: I'M NOT TOUCHING THAT NASTY STUFF. O_e
Me: OBJECTION!!
Itachi:...
continue reading...
1
Uchiha Clan Massacre
posted by G3G6
The Uchiha Clan Massacre is an event that took place five years before the start of the series:

Following the Demon soro Attack of Konoha, Konoha's leadership began to suspect that an Uchiha was behind the attack. In order to keep an eye on the Uchiha they were forced to live in a small corner of Konoha, creating dissent within the clan. When members of the clan began planning a coup d'état, Itachi Uchiha was tasked with spying on Konoha. Instead, Itachi became a double agent and provided Konoha with information of the Uchiha. Hiruzen Sarutobi tried to open negotiations with the Uchiha,...
continue reading...
You Might Also Like...