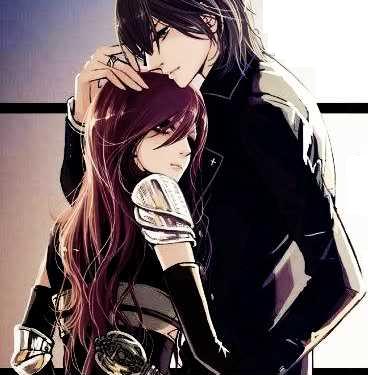 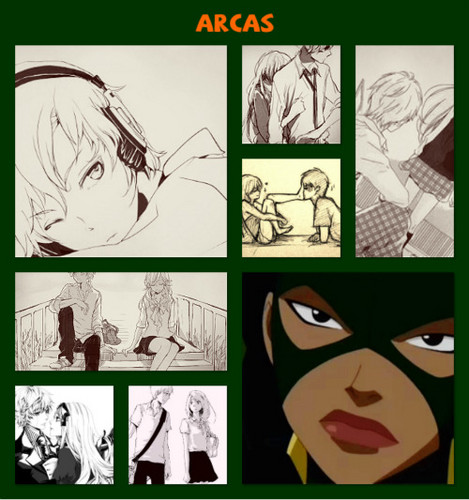 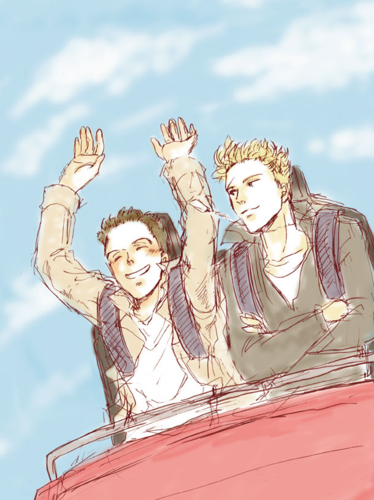 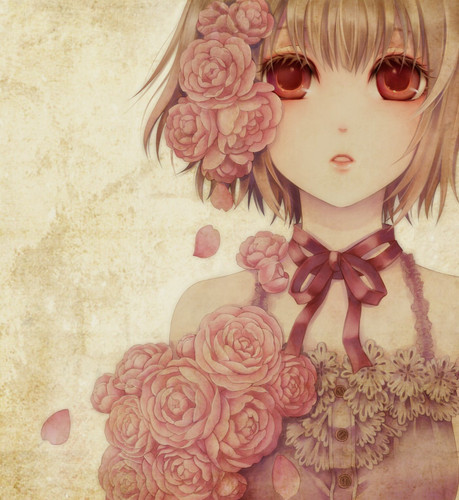 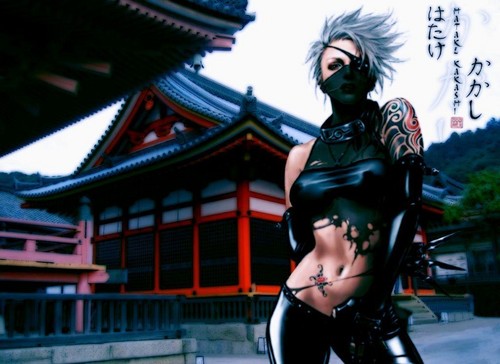 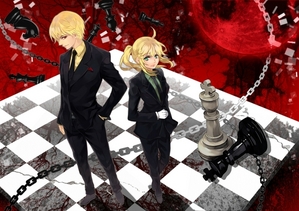 Blade and Dante!!
(( THIS WOULD HAVE BEEN FINISHED EARLIER BUT MY TROLL BRO WANTED TO EXIT OUT BEFORE I SAVED.. -_-*
Also I changed the name of the artikulo for reasons you'll find out later on!))

Blade sat there in his arms in shock,"Who-who are you!?"
"Someone you should know, I mean you don't recognize me?"
"No!! I don't know who you are or what you want to so let me down!" Blade demanded.
"Say please!" Dante teased.
" Never.." She teleported out of his hands, behind him,"I'm done here!"

Blade walked away growling,"Who does this fuck-tard think he is?" Her steps were loud and you could pretty much see the...
continue reading...
Burnt Illusions Part 1
posted by Punk__Heart
The artikulo to go with my updated bios

"So you're saying you have no idea who the white haired phsyco, who happens to be after you is?"...
continue reading...
2
Mercy sagot walang tiyak na layunin Questions! PART 3
posted by MercyYJ
Who is your hero?
Tarzan!

Favourite soap?
Dove! Unless you were talking in a soap-opera TV kind of way...

Favourite song?
At the moment,...
continue reading...
Cedrick bio
posted by godmor
This OC is baste on the bituin Wars lore's.

Age: 17 and a half, but evryone in the republic army exept his team thinks he is 18.

Wapon's: 2 blaster pistols he wears in holsters on his hipe, but his primary wapon is a blaster canon, thad also works as blaster gatling gun, he whears this conon on his back, he also have a lot of granates and acaly evry ting in a republics soldier standar ekwipand.

Amor: modified Republic armor. Buttelts and most of eats explosifs hve no efect agiens this amor.

Summary:
Static juggles fighting criminal siblings and trying to throw Sharon off his tail when she begins to believe Virgil is Static.

In this episode, Sharon wises up. But wait until you see the firs big superstar appearance tomorrow!!! (Daily Episodes back to their regular times!!!!!!)


Check out my SUPER IMPORTANT UPDATE:

Her footsteps echoed as she walked down the lonely street. She'd had enough of The Cave for now, right now she just needed to escape from the fighting, kissing, sex. She was fucking sick of it.

She climbed up a apoy escape and proceeded to the roof. Her mind wandered.. as her body stayed stationary. The cool breeze flowed through her short hair and sent chills down her spine.

Blade walked over to the edge and looked at the cement grave thirty stories down. All the shit she's been through, her sister: dead, her mom: dead, her dad:...
continue reading...
2
Soul
posted by Scarlet_YJ 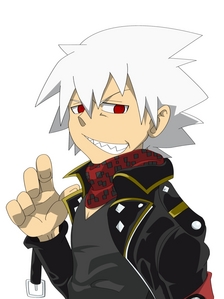 Name: Soul Evans
Alias: Soul Eater
Occupation: Hero, Central High student
Powers: He can eat evil souls hence his alias, he can also turn his arms nto scythe blades. Perceptive in battle as well as having combat skills
History: Raised in a family famous for their high class music, Soul was always trying to keep up with his brother Wes until he learned of his scythe weilding and combat abilities. He used his new found talents as an excuse to leave his old life behind. After leaving his family Soul changed his name...
continue reading...
3
Ciel Norrian
posted by XxSilverScarsxX
So, as I've been gone, I've grown. My characters have grown with me. So, I'm going to give you an update! He's changed quite a bit.. whoops.

Hair colour, Eye colour, Height, Weight
Hair will change colour depending on mood, with pure white being the best mood and near black being the worst. His eyes are wisteria, and his left iris broken. He stands at 6'4, 147lbs.

Scars, Birthmarks, Tattoos, Piercings and other Defining...
continue reading...
1
Wipe Away Your Tears
posted by Robin_Love 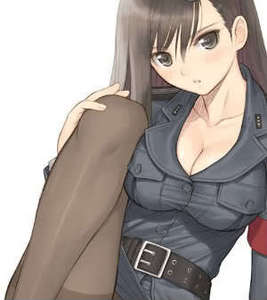 Random Tara-ness
The mountain was quiet when he walked in. The place seemed eerily empty and almost too calm. He walked further inside and met a not-so-fun and very angry surprise.
“You're phone is off.”
She looked at him, black hair swaying and brown eyes flashing with raw emotion; something rarely seen. He slipped his hand into his pocket.
“How'd you get me number?”
He scrolled through to see she had called him several times. She just watched him silently.
“And why would you want to talk to me? You hate me.”
She stood up and came closer, barely an inch shorter.
“Look, I don't hate you. But you close...
continue reading...
2
The Illusion of the Strong
posted by SilverWings13
“Lesson learned: Avoid wearing cashmere on drug busts,” Vika stated as she glared as the culprit of her annoyance- a short navy dress and the red staining the white collar.
“Did you try hydrogen peroxide?” a voice behind her suggested. Of course the girl recognized his mocking London accent. She attempted to sound miffed at his sneaking up on her unpronounced, but she could do little about the blush that darkened her cheeks.
“What are you doing in a lady’s bedroom?” she demanded from him, hoping to fluster him. But when she spun to face him, he was leaning leisurely in the doorway...
continue reading...
2
Sweet Ocean Breeze
posted by SilverWings13
Happy belated b-day, RL!!

Tara set her heavy school bag onto the floor beside the footboard of her kama and tossed. The text books bounced on the mattress when they landed on the comforter. Pre-Cal slipped off English IV and fell to the carpet when the girl collapsed onto the bed.
She glanced at where the novel of numbers and formulas and torture had just been, wondering if she should retrieve it, or if maybe she just left it on the floor it would disappear on its own. Maybe under the dresser to collect dust along its spin, mold in its rough, headache-inducing pages.
As she pulled herself into...
continue reading...
Natasha bio
posted by Gunfire

Natasha
Name: Natasha
Age: 17
Gender: famale
Clotes: she always wereas milaty gear, or a unifom, unless she needs to sneak somwere in.
Apareance: long hiar, color of it can difre frome were she is ansingd and wat her mison is, narmal body.
Personalaty: paronoid, does not trust easy, hates pepol using weald to opres others, always helps her comrades.
Skilles: sniper, exeled marxman, tactisan, field commander, knowes all kinds of martial ards, abel to use al kinds of wapons, extrodanry soldier.
wapons: an AK 74, a Dragonov, pistols, grenades, knives.

background:
(( i am lazy so i just put it this way))
- she...
continue reading...
Jaime
posted by XxKFforeverXx

Civvies
Name: Jaime (Adams) Norrian
Alias: Valac
Powers: Flight, (wings) Telepathic, and.....JACK FROST POWERS :P Sword fighting, acrobatics, hacking…..ya know, the usual.
Past: Jaime, so far….hasn’t been captured sa pamamagitan ng the school when he was born. Why? Because he was born with wings. At the age of 7, Jaime was captured and they took his wings. He despises the school and tries to burn it down every chance he gets. While, trying to burn it down, Jaime was knocked unconscious and regained his wings. Then, at the age of 16, Jaime was out ice skating with Ciel the ice cracked beneath his feet and he plunged...
continue reading...
Blood River Bio
posted by Gunfire

Background: As a jong boy Eztli geot Nawawala in the jungel, wher he found a shrin to the blood god, and the place seemd...
continue reading...
Jaime's bio
posted by XxKFforeverXx

Civvies
Name: Jaime Adams. Or…”princess”
Alias: Valac
Powers: -Flight (wings), telepathic
Skills Sword fighting, acrobatics, hacking…..ya know, the usual.
Past: Jaime, so far….hasn’t been captured sa pamamagitan ng the school when he was born. Why? Because he was born with wings. At the age of 7, Jaime was captured and they took his wings. He despises the school and tries to burn it down every chance he gets. While, trying to burn it down, Jaime was knocked unconscious and regained his wings.
Other –Called princess because he’s lazy and won’t train.
-He whines. A lot.
-Keeps throwing cards, knives, etc. in his amerikana sleeves.
-Looks like Devin, acts somewhat like Fang.
-Picks on Lexi and Mel the most.
-Age is 16, Jaime stays in the 5 taon timeline. Normally he would be 11. So, he's in the YJ Invasion crew...Just, yeah. It's confusing.