Echo Off The pader - Part 1
posted by KatRox1
Tonight was different, it had a madami erie feel in the air. It was just 2 years nakaraan that Grandma had died. No, not died, murdered. The clouds seemed to cover the sky like a blanket. Only the glow of the moon showed through small cracks in the mist above me. A silent tear slowly rolled down my cheek, and I lifted my had to grab onto my locket that she had ibingiay me the araw she died, as an early birthday present. Out of the corner of my eye a shadow quickly ran by. I started to chase it, quickly letting go of the locket and onto a mini-explosion pellet from my utility belt. As I raised my hand to throw it, a strong hand grabbed onto my wrist, pulling me back. I quickly turned so that I could confront him or her, but I stopped when I realized who it was. "Oh, it's you." I quietly said, my voice quavering just the slightest bit. "Don't worry, Batman's got him." He said. We both started to walk into an alley, the sound of grunts and punches were distant. "So how are you?" I looked over at him, kicking some crumpled leaves and dust. "Fine." He sinabi with his head down. "OK, why did you really come tonight? You're just making this a bit madami awkward!" I blurted out. He looked over at me, his eyes were widened with surprise, "Will you please just tell me who you are?"He said. Yes, it was a bit random, but we had met 2 months nakaraan and he still knew nothing about me. "Oh, com'on" I laughed, "I know about you as much as you do about me! So... tell me who you are!" I nudged him playfully. He chuckled, "Call me Robin." I raised one eyebrow in surprise. Great, I needed a hero name also, so I didn't have to tell him my real name, Mel Ritozo. The name of the rich girl who's parents owned Ritozo Enterprises, the name of the rich girl who had a reputation for being a goody-goody and never hurting a fly. The name of the rich girl who always had body guards around her and was expected to take over the company when my parents passed. Yeah, I'll tell him that. I had to think quick. All of a sudden the line that my grandmother always told me popped into my head, 'When life pushes you down, just bounce right back up. Like an echo off the wall.' "Echo." I blurted out. It sounded kind of cool, actually. Robin smiled and nodded. "Cool. So, That wasn't the exact thing I had to tell you." He looked down again. "Oh?" I tilted my head slightly. He kept his head down, like it was awkward for him. "You see, I work on this team." "You mean you and Batman?" He shook his head, "No, a team with the Justice Leauge."
"No idea who they are."
"They're like this elite team of superheros and stuff like that. Anyways, I'm on this Jr.Justice Leauge thing, and one of our teammates is going to be out for a week, and we really need someone to take his spot. His name is Aqualad. But, we nominated people we knew yesterday, and I kind of nominated you, and they all agreed that you would be the best choice since our other mga kaibigan couldn't." He laughed quietly and I frowned. "You what?" I sinabi through gritted teeth, then loosened up and sighed. "Fine, but don't expect me to follow any special rules." I looked at my watch, 2:30 am, my parent would probably want me awake tomorrow for the meeting with Bruce Wayne. "I gotta go, see you later birdy-boy?" He laughed and looked up at me, "Not if you call me that!" He smiled, and ran back off into the night. I smiled back and ran back to the apartment, changed into my pajamas, and fell asleep dreaming about Robin.

Tell me what you thought of it!! Should I continue it or stop it and start a new one? Also, if you want a visual of Mel/Echo, check out the tagahanga art sa pamamagitan ng jadore_renard titled, "KatRox1's Request" Thanks!!!
Skittles98 grawesome job! keep writing!
66Dragons AWESOME!!! 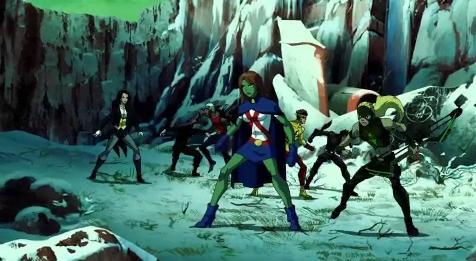 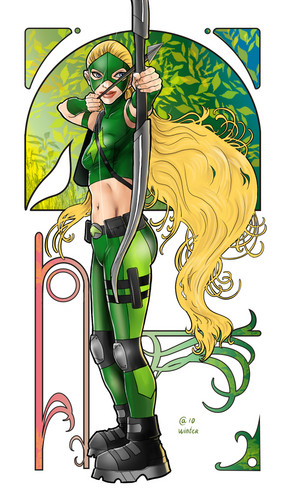 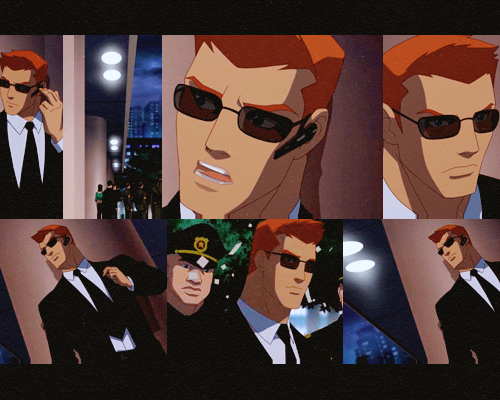 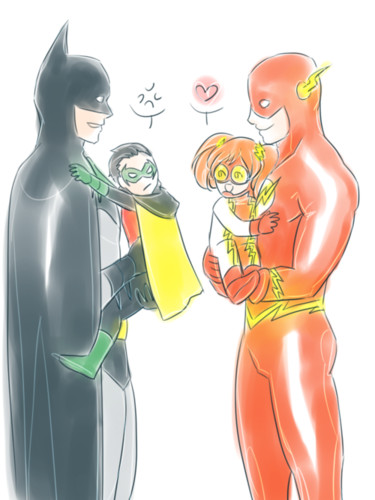 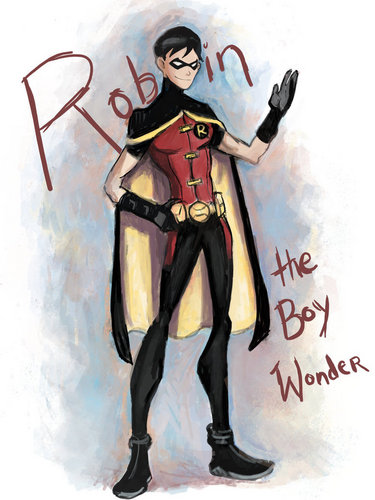 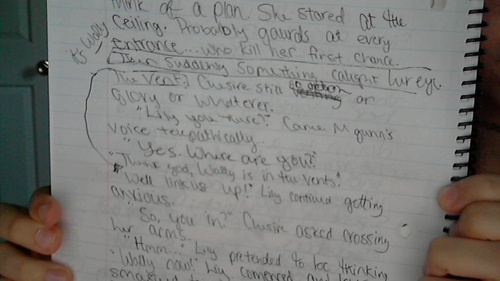 1
A Blossuming Flowe pt 6 sneak peek
added by TOTALIzzyluver
Source: ME. I wrote it. Don't steal it 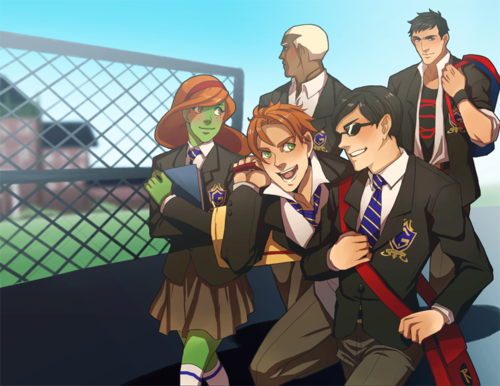 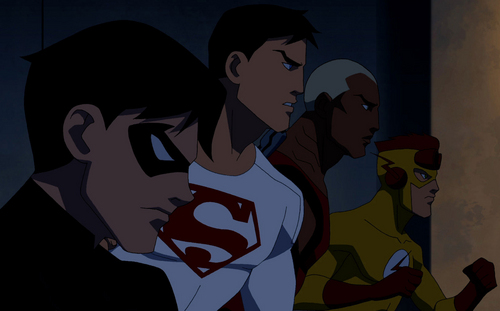 1
Young Justice
added by RavenclawQueen
Source: google
Back to primary school part 3
posted by ecoelo
The athletics carnival came pretty quickly. Everyone had to wear specific mga kulay to represent their team. Wally couldn't help to sit still, Artemis rolled her eyes and groaned.
"Can't you sit still!?" she held his leg down.
"Sorry babe just so pumped!" Robin sat behind them with Zatanna who just finished talking to her new mga kaibigan behind her.
"Whats up with them?" he asked as Zatanna turned to face him.
"Well I wasn't supposed to tell you..." she stumbled in her words.
"What? What did Artemis say?" Robin asked, determined to know.
"The thing is, Artemis..."
"Go on"
"Artemis, met another....guy." she...
continue reading...
2
Back to primary school part 2
posted by ecoelo
Batman proceeded to to push Robin into the limo.
"Can't we just stay here?!" he struggled.
"No. Its better this way." Batman gave Robin one madami push sending him into the back seat. The others were sitting down, bags on their laps.
"Why aren't you excited. I sure am!" Wally asked Robin.
"Lets just go" Robin starred outside the window as Alfred drove off.
They arrived and Alfred pulled up on the drive way gesturing the kids to get out.
"I'll pick you up at 3:30 sharp, sir" Alfred sinabi as the kids got out of the limo. "Have a great day!" he drove off leaving the kids behind.
"Gotham Jr Primary School...."...
continue reading...
3
A Bitter-sweet Spitfire
posted by SapphireCat22
"What is your problem?" I yell at him. Why is it this kid can annoy the hell out of me?

"What is your problem?" he mimicks.

"Wallace West, I swear you are the most obnoxious guy in the world." I snap.

"What the hell does that mean?" I yell, advancing on him.

"You know exactly what it means. That you are the most arrogant and insecure girl in the world."

These words cut my deeply. He's Wally. Wally freaking West. Why is this bothering me?!

"I am not arrogant!" I spit, ignoring the fact that he is right about my insecurity....
continue reading...
pasko at the mountain- NOT MY STORY ;3 part 11
posted by robins-gfriend
sa pamamagitan ng the time the rest of the team got back to the ship, snow was pelting down. It was actually falling so hard, the ship wouldn't start.

"It's too cold, and there's too much ice, she won't go." Megan said, trying to start the bio ship.

"Like a car, after a snow storm?" Robin asked.

"Well, we really have no place to go." Conner pointed out.

The show's creator, Greg Weisman, confirmed the ipakita had been renewed for a segundo season of 20 episodes, titled Young Justice: Invasion, which would most likely begin airing in March 2012.

The Team, with new additions, must partner up with their mentors in the Justice League to save Earth from Darkseid and his Apocalyptic Armies.

This is going to be so cool!

I hate having to do this to get a long enough artikulo to publish:
Vhgvhjghjuggjkghkvjghvjhgvjhgffjfkgfkhggghkfhkgfhgkfghkfhgkfjggfhjgfhgjfhgkggffhkgfghkgfkytfkytftgvkghvkhgvkhgfkhgfhgkfgkhfhkghkfkgfkhgfhgfjhgfhjgfjtyfjtyfjytfytfjytfjnmbvmngvgmhvhgcdfdgstweafewstdhtcvjvyhilukjbkguh 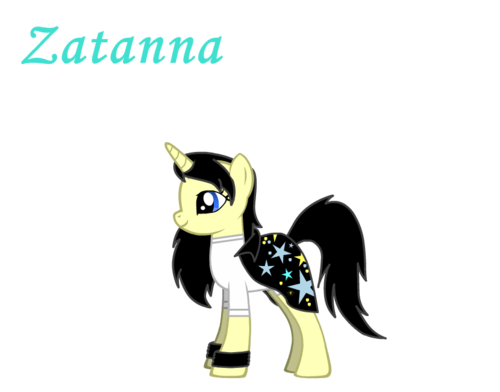 Zatanna as a parang buriko
added by SamNightingale
Source: General Zoi for creating an amazing game! 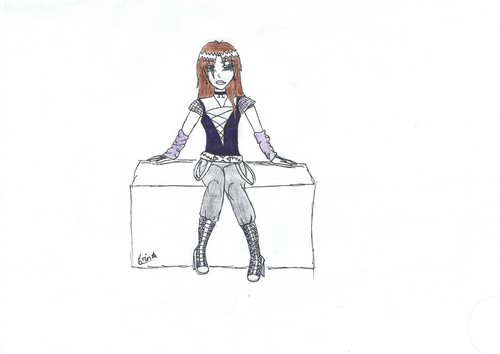 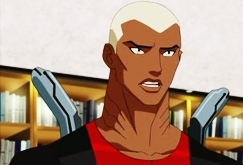 Aqualad!
added by RavenclawQueen
Source: google
I Just Wasnt Made to pag-ibig sa pamamagitan ng Dox Eternal
posted by Obscurity98
A little head stron,
I was bitter,
I always wondered what was wrong with me,

I never fell in love,
Just crushes along the years,
I aint scared of much,
But i gues pag-ibig is something i'm scared of,I fear!
Everybodys asked if i've ever been in love,
Buts pag-ibig just wasnt meant for me.
Can't you tell,
WHy dont you see?

Everbody tells me i'm lying,
Bu I know the truth,
I dont need no slueth to tell me,
Why doesnt anyone believe?

pag-ibig want meant for me!

Chorus
1
pag-ibig vs. pag-ibig sa pamamagitan ng DoxEternal
posted by Obscurity98
This is the song i chose for someones playlist. hope you like!


You sat me down on a rock hard chair,
You told me i'd never leave,
But i didnt care!
You're the good guy,
And i aint,
Its time to say good bye, this aint our fate.
You fight for the good,
But i dont, i dont.
I'm not sure it you pag-ibig me,
Or i it just this good guy,
Bad girl chemistry?
You're the hero i'm suppose to hate,
But we dont play sa pamamagitan ng the rules,
You took me on a date,
ANd when you got home, your freinds were like,
"You aint welcome back, Go get a life!"
Guess i have to say i'm sorry,
I didnt mean to casue ya trouble baby.
I'm not sure if you pag-ibig me,
Or is it this good guy,
Bad girl chemistry?

I'm the villain babe,
You're suppose to stop me from coming,
Or have a luck save.
I've got a hook,
And i'm pretty sure you know,
Its got something to do with your looks.
I'm not sure if you pag-ibig me,
Or is it this good guy,
Bad girl chemistry? 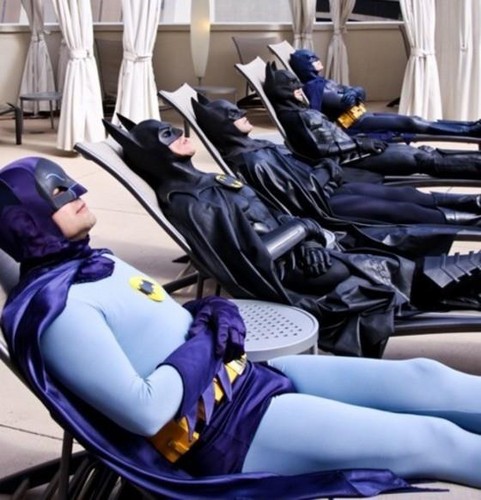 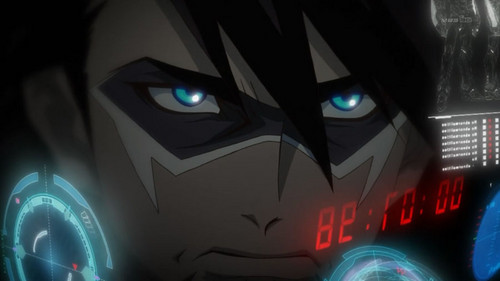