Railway Pony: *Driving freight train across a bridge going over the train tracks at the station.*
Metal Gloss: *Drives freight train under bridge*
Pony: *In the station, buying a ticket. As soon as he gets the ticket, he runs across the platform, and boards his train.*
Hawkeye: *Preparing train for departure*
Stylo: *Looking at orders on paper*
Hawkeye: *Blows horn twice*
Signal Pony: *Turns signal green*
Hawkeye: *Drives train out of the station.*

Hawkeye, and Metal Gloss were in a freight train about to leave the yards. Orion was standing sa pamamagitan ng their train talking to them.

Orion: Where are you two heading?
Hawkeye: Laramie. After we get back here from Laramie, every steam locomotive will be put out of service.
Orion: What a shame. They're fun to watch, but very difficult to deal with. All of the repairing, the fuel consumption, the cleaning-
Metal Gloss: Alright, we get it.
Hawkeye: The signal is green Orion, we gotta go.
Orion: I understand.
Hawkeye: *Blows whistle twice, and drives train out of the yards*

As Hawkeye's train left the yards, four diesels entered with a freight. The parang buriko driving the train was Aqua Marine.

Orion: *Looks at the train*
Aqua Marine: *Climbs out of the train*
Orion: Hey, Aqua. Good to see you again.
Aqua Marine: Same to you. What's going on?
Orion: We're having our last freight train running to be powered sa pamamagitan ng a steam engine. After that, they're all being scrapped, or sent to museums.
Aqua Marine: That's a shame. I'll never forget the time my railroad got all of it's steam engines gone. I cried for five minutes.
Orion: Listen, may we talk about this later? We need to get your train into the yards before Mike shows up.
Aqua Marine: Who is Mike?
Orion: One of the most retarded railroad employees ever.

Mike was on a freight train as a conductor. His train was close to entering the yards, but it had to stop because Aqua Marine's train was in the way.

Mike: What's this? *Gets on the radio* What are ye stoppin' for lad?
Engineer: Another freight train is in the way.
Mike: We're blocking the mainline. Get the train into the yards.
Engineer: I just said-
Mike: I don't care what ye just sinabi lad! Get the bloody train into the yard.
Engineer: *Moves train forward*
Orion: *Uncouples Aqua Marine's engines from the train* ilipat forward.
Aqua Marine: *Slowly drives engines forward*
Engineer: *Pushing Aqua Marine's freight train*
Orion: Oh shit!
Engineer: *Pushes train into Aqua Marine's engines, and derails them*
Orion: Gonzo!!!!!
Mike: *Gets out of train, and walks to Orion* Why did you call me sa pamamagitan ng your last name?
Orion: No. Your last name is Gonzo. Mine is Stardust.
Mike: Who is Gonzo anyway?
Orion: *Annoyed* get back into the train.
Mike: Sure thing Orion. *Gets back into the caboose*
Aqua Marine: *Gets out of engines* What happened?
Orion: I told you, Mike is the most retarded parang buriko ever to work on a railroad. He told the engineer to go into the yards, and then he pushed your train into your engines, causing them to derail. 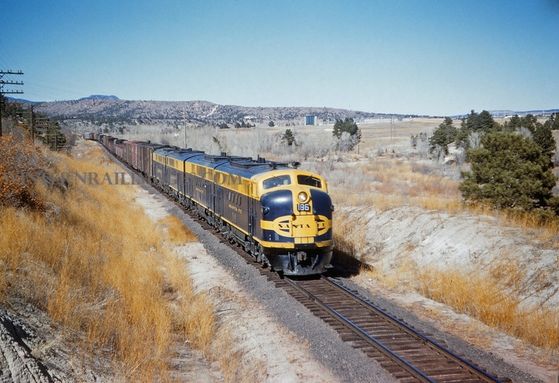 Barry: *Punching the door*
Aurora: Please stop, you've been doing this for ten minutes, and it hasn't done anything.
Barry: Alright, somepony else try.
Fire Vi Equestria & Jesse: *Slamming their bodies against the door*
Lexi: *Hears ponies knocking on the door* Idiots.

Not far away, Joe, Esmeralda Ivy, and the rest of the ponies in their group were walking back to the gas station. The flames were still there, but the explosions stopped.

Snowflake: It doesn't look too bad.
Joe: Yeah, but my boss will kick my butt if he finds out about me crashing one of his trucks,...
continue reading... 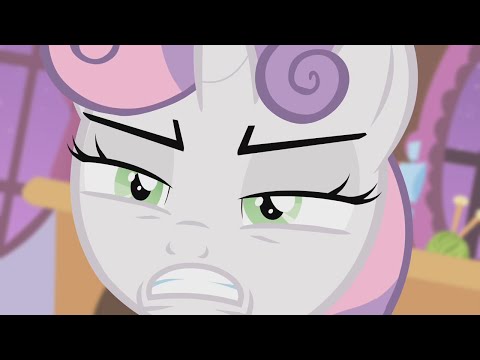 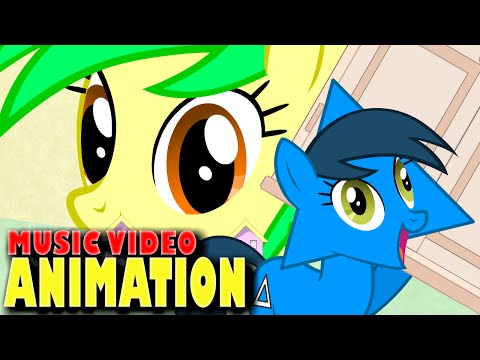 CC: Silver Tune, darling. What on earth are you doing?
ST: Stuff. *balances spoon on nose*
CC: Stop being immature, Silver Tune. We're in school.
ST: I'm not immature. I just know how to have fun.
SF: Owned. Need some ice for that burn?
CC: Don't you dare start with those slangy phrases, Snow Flake.
SF: Fine.
BB: uy Silver Tune?
ST: *drops spoon* Shoot. Yeah?
BB: So you have nothing planned after school?
ST: Hmm.. Nope. Why?
BB: I was wondering...
continue reading...
6
The last solstice - Chapter 33: The return of a Princess - Part 2
posted by NocturnalMirage
The last solstice


Celestia idled in her sister's office, gazing through the broken window. In front of her lay the Castle's parade ground, filled with the bodies of the fallen. The heat of the battle was gone and now the Princess of the Sun had to face reality once again. All of her suppressed emotions bottled up and a large teardrop ran down on her cheek, following the path of the burnt scars.

“What have I done?” the white alicorn whispered to herself. “Is this what I'm destined for? To cause pain and suffering?” 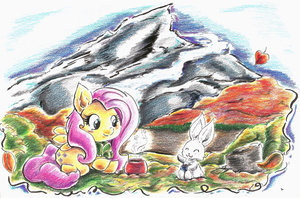 The trainyard was full of tank cars. Every single on of them was carrying gasoline. Ponies had to be careful around the tank cars, especially when coupling them up to other freight cars, or trains. If they went too fast, they would blow up.

Gordon: *Waiting in a diesel* uy Wilson, what's taking so long to get my freight train set up?
Wilson: You gotta pull tank cars full of gasoline.
Gordon: So? I think they should hurry up.
Wilson: Well. It's your life. *Walks away*
Gordon: uy wait a second. Was that supposed...
continue reading... 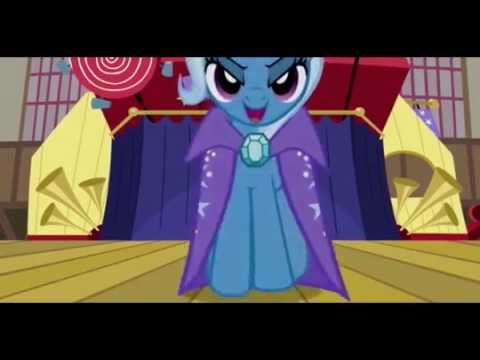 [PMV] Anything You Can Do I Can Do Better
added by Seanthehedgehog
Enjoy the song
video
my
magic
friendship
animation
fluttershy
is
bahaghari dash
my little parang buriko
ang pakikipagkaibigan munting parang buriko ay mahika
The Storm Part 11
posted by Seanthehedgehog
Everypony trying to evacuate Frenchtown crossed over the icy Delamare River, and were really close to getting into Pennsylvania. 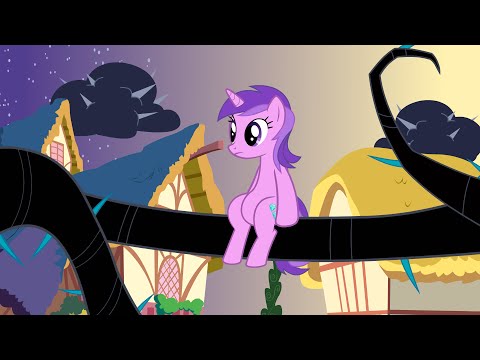 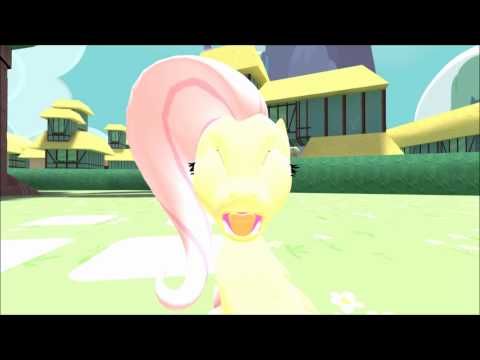 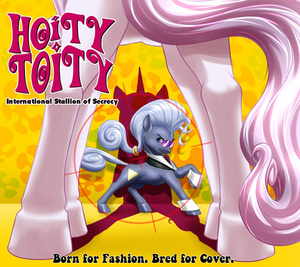 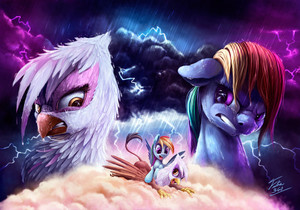 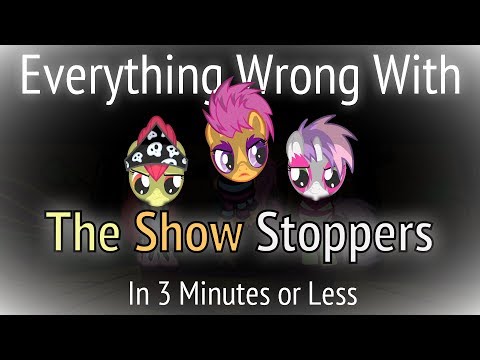 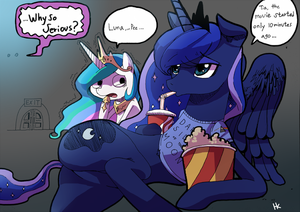 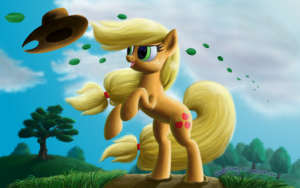 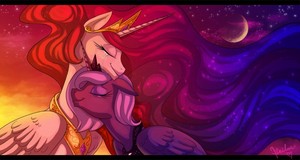